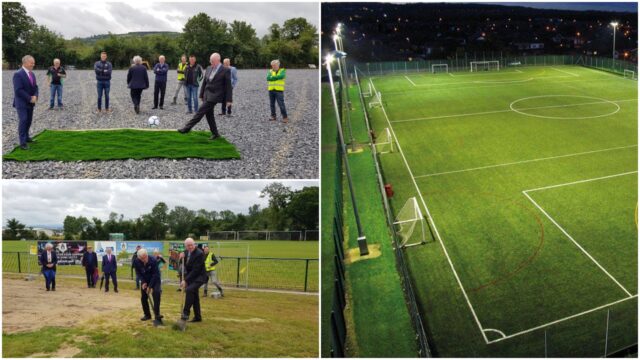 The sod was officially turned as construction got underway on a brand new full size floodlit astro turf pitch in Laois.

Killeshin FC, who play in the Carlow League, will construct a brand new clubhouse and a FIFA approved 3G pitch – on their existing grounds.

Due to Covid 19 restrictions only a handful were present on Friday at the re-arranged “sod turning” for the new clubhouse development and the rolling out of the first sod on the new FIFA Quality – MUGA.

Killeshin FC chairman Liam Dempsey welcomed everyone and thanked all who had brought both projects to fruition.

Club Secretary Ian McDonald detailed the progress of both projects and thanked the local community for overwhelming support of the clubs fundraisers over the past few years to get the club to this stage of its development plan.

Also thanked were Laois LCDC and Laois Partnership for the support with Leader funding and Ann Marie Maher and Angela McEvoy of Laois County Council.

Also present were Cllrs Ben Brennan, Ashling Moran and Padraig Fleming who have been of great support to the club – while there were apologies from Sinn Fein TD Brian Stanley who could not be present.

Parish Priest Fr John Dunphy, Parish Priest of Graiguecullen/Killeshin, blessed the site while Jim, Seamus, Keith and Ronan Brennan of local contractors JC Bronco, who will construct the clubhouse, and Adrian Cummins from JNC Premier Pitches who are constructing the FIFA Quality-MUGA were also present.

The gathering was also addressed by Minister Flanagan who commended the local community and KFC committee for the community spirit evident to deliver such a large project for a rural community.

Noel Jordan Chairman CDFL also praised the club for delivering such top class facilities for soccer and recognised Killeshin FC as an example in delivering for their community and soccer.

Sean Fleming addressed by stating how the club had grown to over 300 playing members with 16 teams which was a great compliment to the clubs committee.

It is hoped that the pitch will be ready by August.

Check out Killeshin’s video below: 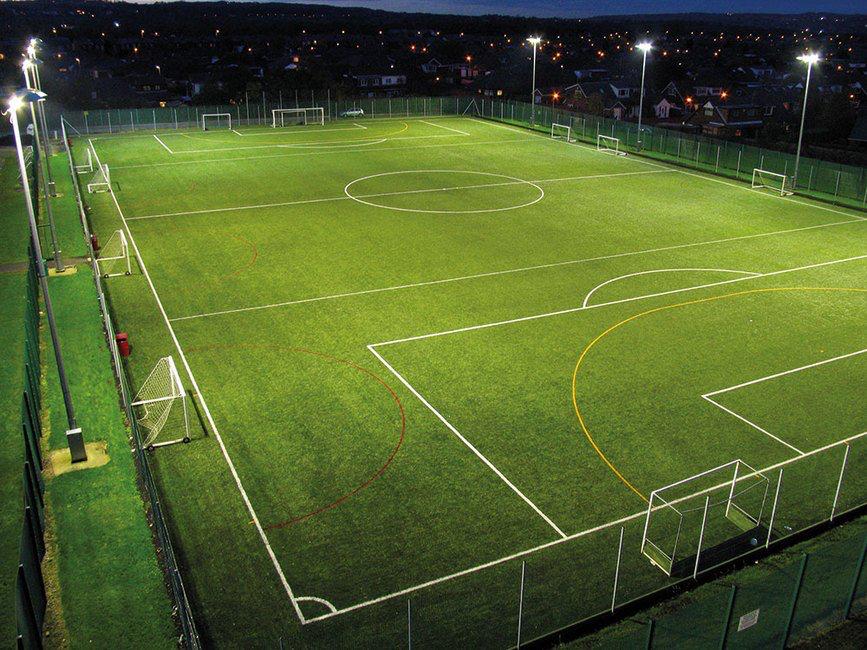