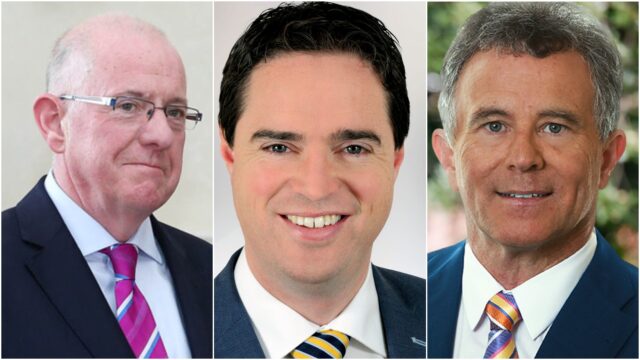 A TD since 1997 and the outgoing chairman of the Public Accounts Committee, he has been overlooked for one of the seven Ministers of State positions that new Taoiseach Micheal Martin had to give out.

His omission will surely come as a disappointment given his loyalty, longevity and consistent vote in the Laois-Offaly constituency.

His party colleagues and predecessors in Laois – John Moloney, Liam Hyland and Paddy Lalor – all held a ministerial position of some sort in their careers.

There were 17 Ministers of State to be appointed in total – seven each to Fine Gael and Fianna Fáil and three to the Greens.

Outgoing Minister for Justice Charlie Flanagan also wasn’t included among the Fine Gael appointees, though he wasn’t alone in that sense as the likes of Richard Bruton and Michael Creed were also left out in favour of some of the party’s younger representatives.

This area did have one appointee with the elevation of Kildare South TD Martin Heydon to the Minister of State with responsibility for Agriculture. Heydon’s constituency now includes a large section of Laois, including Portarlington, Ballybrittas and Killenard.

A farmer himself, Heydon has been a Fine Gael TD since 2011, having only been elected as a councillor in 2009.

His presence in the Department of Agriculture will mean that he’ll be working alongside Minister Barry Cowen and Senator Pippa Hackett who is the Green Party’s ‘super junior’ with responsibility for Land Use and Biodiversity.

Among the Green Party’s three Junior Ministers is Kilkenny’s Malcolm Noonan, a first-time TD, who has been given responsibility for Heritage and Electoral Reform.

The appointment of the Junior Ministers has not been without controversy, however.

And Fianna Fáil’s Michael Moynihan from Cork North Central has hit out strongly at his omission saying that Micheal Martin has not only “insulted me he has insulted the entire community of northwest Cork”.