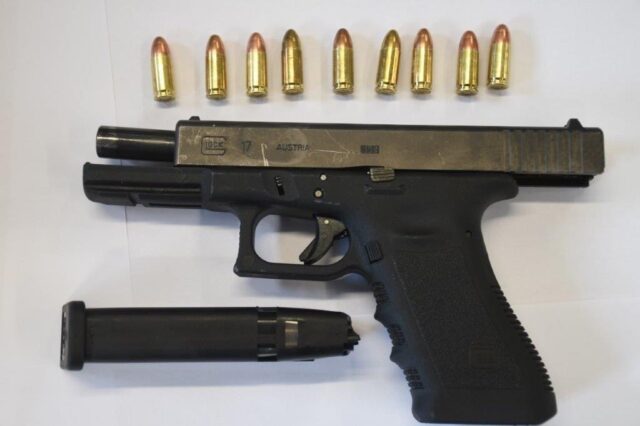 A man in his 30s is being detained in Portlaoise Garda Station having been found with a Glock handgun outside Portlaoise this afternoon.

”As part of an intelligence led operation conducted by Gardaí in Portlaoise attached to the District Detective Unit and District Drugs Unit, a car was stopped early this afternoon Monday 6th July, 2020 on the M7 at Clonkeen, Portlaoise,” said a statement from the guards this evening.

“Gardaí carried out a search of the car and a Glock 17 handgun with ammunition was found and seized.

“The driver of the car, a man (39 years) was arrested at the scene and taken to Portlaoise Garda Station where he is currently detained under Section 30 Offences Against the State Act, 1939/98.