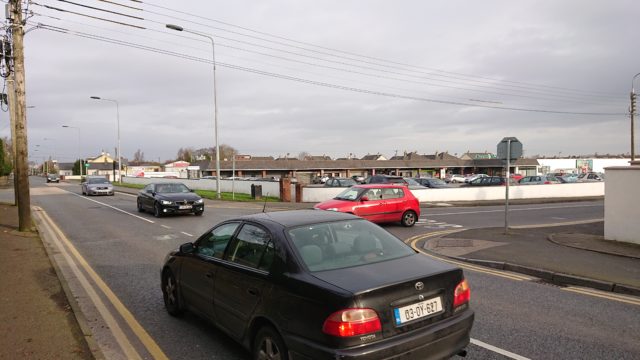 Large articulated lorries should not be allowed to use the Mountmellick Road and come through Portlaoise town centre – and instead should be forced to use the ring road around the town.

That was the view expressed at the recent Portlaoise Municipal District meeting in Laois County Council after Cllr Catherine Fitzgerald proposed that the council “enforce regulations to prevent large articulated lorries using the N80 Mountmellick Road”.

Cllr Fitzgerald cited the dangers for people out walking on that road and that it is narrower with less space for both pedestrians on the paths and for cars on the road.

“This is ongoing for years,” she said. “But it needs to be enforced. Lorries are not supposed to be on that road but they are. If you’re out for a walk there you’d nearly be swept off the road.”

Cllr Caroline Dwane-Stanley agreed with Cllr Fitzgerald and the dangers she highlighted.

“It’s great to see people out walking but that is one of the busiest roads around,” she said.

Cllr Willie Aird said that lorry drivers have their trips timed – and know how much time they can save by using the Mountmellick Road instead of the ring road.

He said lorries coming from both the Abbeyleix and Mountmellick sides of Portlaoise were coming through the town.

He also drew attention to the fact that there are height restrictions in place, something council engineer Farhan Nasiem also referenced in his response.

“There are currently signs in place on the N80 Mountmellick Road approach to Portlaoise advising of height restrictions (railway bridges) and redirecting traffic via the Western Orbital Route.

“The signs will be updated and enhanced. Motorists in control of vehicles in breach of the height limit are legally bound to use the alternative route.”

The council response added that additional measures such as weight restrictions woulod have to be done in accordance with Transport Infrastructure Ireland.