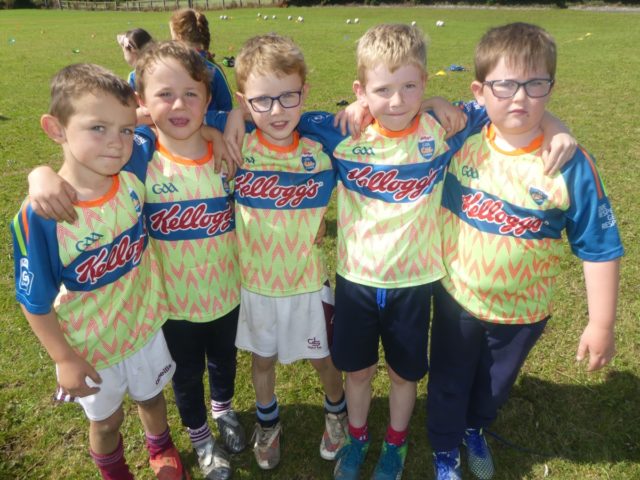 The numbers attending the Cúl Camps in Laois this year will be down about 40% on last year, but there are still over 30 camps taking place, which get underway this coming Monday, July 20.

As of Friday evening, there over 1,900 children booked in to this year’s camps in Laois – which is down on the record number of 3,385 which attended last summer.

That 40% drop is in line with the rest of the country as a lower number of camps due to the Coronavirus restrictions is having an impact.

However, the proportion of camps going ahead in Laois is ahead of numerous other counties.

While a number of clubs opted not to hold camps due to the difficulty in implementing the new guidelines and restrictions in place, there are 31 camps in Laois this year, compared to 35 last year.

Among the new camps this year are ones being held in Annanough and in the LOETB Centre of Excellence.

In Cork only nine camps are going ahead, which is down from 122 last year while in Leitrim they aren’t holding any camps at all.

Laois GAA Games Development Manager Mike Henchey and his team have been working very hard over the last number of weeks to ensure that the camps can go ahead this year.

And speaking to LaoisToday, Mike called on parents to play their role in making sure everything goes to plan for all involved.

“First of all it is very important to note that people know that they cannot simply show up to a camp this year as would’ve been permitted in the past. You must register online first – we cannot have people taking part who are not registered.

“Parents and guardians are a very important stakeholder this year in terms of health screening. Every parent will receive an email as their camp approaches with information on this.

“A checklist will be provided and we need parents to make sure they can tick off everything. It is so important that we get real cooperation with this from parents because everything that we put in will not work unless that happens.

“Following the traffic management plan as advised by the clubs when both entering and exiting the grounds is crucial. During drop off and collection, social distancing measures are in place.

“The activities will have interaction in their pods as normal but again as we have our lunch or any other breaks, social distancing will be observed.

“While it is also important to note that all of the children will operate in pods.

“Ordinarily, we would operate a rotational model where kids would go from one coach to the other but this year in order to try control the number of people who come into contact, all children are going to operate in pods or groups.

“All parents must make sure that all the things that their child brings to the camp are labelled. Their bags, waterbottle, lunchboxes and every parent must provide their child with their own labelled bottle of hand sanitizer as well.

“Sanitization is extremely important and it will happen on a regular basis throughout the day.

“The dressing rooms is each venue will only be used for access to the toilets and as a holding area for their bags.”

With GAA facilities around the country remaining closed until later in the year, planning for the weather is something that camp organisers will really have to focus on this year.

If it rains, taking the children inside isn’t an option and Mike revealed how he will be studying Met Eireann each night before each day of a camp.

He said: “The weather also comes into play. We will be watching the weather very closely every evening before each individual day. If we need to make a call on whether a camp goes ahead or not, it will be done on the nigh before.

“If we do get caught that the weather forecast turns out worse during a particular day than was predicted, I would ask all parents to give their child a little rain jacket that they can keep in their bags.

“But if it persists being very wet or thundery, I would ask all parents to keep an eye on their phones because if we have to call a camp off, the children will not be allowed to stay indoors during the wait for collection.”

Places are still available in most of the camps and you can check out the full schedule here.

SEE ALSO – #LoveLaois: ‘No shows’ a low blow to hairdressers and beauticians as they cope with the new realities of doing business