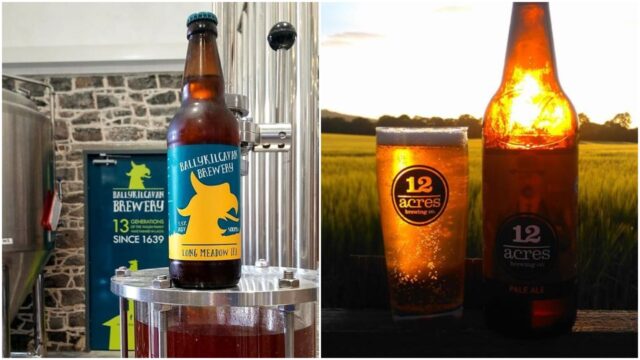 The programme, which is backed by Bord Bia, is designed to support small and medium Irish food and drink businesses grow their brand and build their supply network, particularly during this time of economic uncertainty.

Since 2017, Lidl has invested €1 million in the programme and this year, 33 Irish suppliers, including two Laois-based, have been given the opportunity to showcase their products on the shelves of all 202 Lidl stores across Ireland and Northern Ireland from Thursday July 30.

Ballykilcavan Brewing is owned by David Walsh-Kemis and is based in Stradbally.

It will be bringing a choice of two beers to Lidl’s shelves from Thursday July 30.

A family run business, Ballykilcavan Brewing source their brewing water from their own well, which was specially divined in the 18th century farmyard just outside the brewery building.

Lidl will be stocking their refreshing Red Ale and Bawn Pale Ale for €2.99 each, the perfect drink to enjoy on a warm summer’s evening.

12 Acres Brewing Company was established in 2014 in Killeshin by brothers Patrick, Ian, Barry and Rory McDonald.

12 Acres Brewing Company is a multi-award-winning Artisan Farm Microbrewery based on a family farm in South Laois.

12 Acres was the first Irish microbrewery to provide genuine traceability for the malting barley used to brew their beer.

Brewed from their own malted barley grown on their own farm and pure spring water from deep beneath the same land the barley is grown on, 12 Acres brings real Irish craft beer with unique provenance and genuine traceability from the ground to your glass to the Irish market.