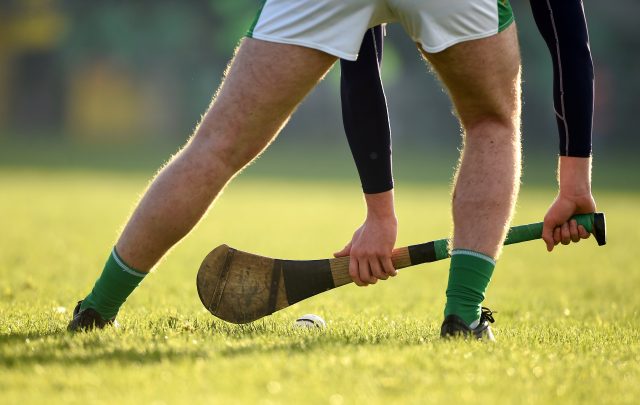 Aaron Bergin struck 13 points as Portlaoise made a winning start to their Premier Intermediate campaign against Ballyfin in Mountrath this evening.

Ballyfin, minus Gareth Dunphy, lacked real fire power up front and relied heavily on midfielder David Connolly for scores throughout.

Portlaoise played with the wind in the first half and the grabbed the first two scores through Bergin and Cormac Rigney before they were rocked after six minutes.

A close range free from David Connolly was drilled into the Portlaoise square where Ballyfin full forward Kevin O’Rorke caught it, and blasted it into the roof of the net.

Portlaoise recovered with a brace from Bergin and one each via Ciaran McEvoy and David O’Mahoney but a point from David Connolly cut the deficit to two at the water break – 0-6 to 1-1.

Aaron Bergin extended the lead with three more points but Ballyfin narrowed the gap to one as we approached half time.

David Connolly slotted a free and then a long ball caused havoc outside the Portlaoise square with it eventually being scooped to the net by Gary Hoffmeister.

There was a suspicion that he had picked the ball off the ground before scoring but referee Eoin Scully, who was unsighted in the build-up, awarded the goal following consultation with his umpires.

Aaron Bergin brought the half to a close with a free as Portlaoise led 0-10 to 2-2 at the interval.

Ballyfin turned with the wind at their backs and got two of the next three scores via David Connolly to cut the deficit to one with 36 minutes on the clock.

However, their shooting let them down from then on as the wides tally grew and Portlaoise began to pull away.

Ballyfin kept going to the end with three David Connolly frees but it wasn’t enough as Portlaoise won comfortably enough in the end.

With games against Colt-Shanahoe and Slieve Bloom to come, Portlaoise are well placed to clinch a semi final spot.

Ballyfin will have to win the two games against those same opponents to do likewise.