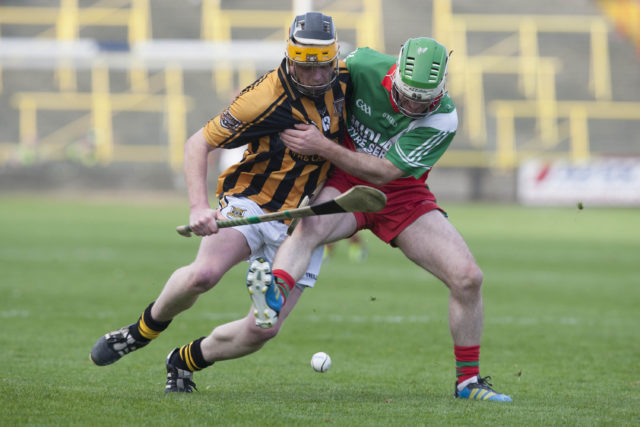 The opening game of the Laois Shopping Centre SHC throws up a particularly tasty clash as neighbours Camross and Borris-Kilcotton do battle.

Indeed Laois GAA officials can count themselves unfortunate that this game is being played during the window where only 200 people can attend. A fixture of this nature would probably break 1,000 in normal circumstances. Instead, however, it will make history as the first Laois club game to be streamed live online.

Last year Borris-Kilcotton beat Camross in the championship for the first time in their relatively short history but both clubs ended the season disappointed – Camross denied in the semi-final by Rathdowney-Errill and Borris-Kilcotton then beaten in the final.

Both come into this year with new management teams; Borris-Kilcotton under former player Ciaran Comerford who brings a wealth of coaching experience to the role while Camross have Tommy Delaney, a multiple championship winner with the club in the 1980s and 1990s.

Camross were the first side to put titles back to the back since Castletown when they did so in 2017-2018 and had it not been for a wonder goal from Ross King in that semi-final last year they could well have done three-in-a-row.

Zane Keenan missed almost all of last season and he will be a huge addition now that he’s back while you can probably expect younger players like Oisin Bennett and Liam Delaney to feature more this year while Eoin Gaughan should be even more prominent.

Borris-Kilcotton, as always, will look to PJ Scully for the bulk of their scores while Aaron Dunphy, Neil Foyle and Joe Campion will provide plenty of scoring power too.

There won’t be much in it, and there’s no form to go off.

But not many teams beat Camross twice in a row and for that reason alone, perhaps Camross can win this one.

Arguably the biggest game in the newly-named Premier IHC will see the last two teams relegated from the senior championship do battle in Mountrath this evening.

Portlaoise have become the stereotype yo-yo club in recent seasons, having been relegated from senior in 2014, 2017 and 2019 but promotion in 2015 and 2018. They’ll be going for a third title in six seasons in the second grade this year.

Ballyfin won this championship – albeit as a Gaels side with Mountmellick in 2017 – but were relegated in 2018 and were then beaten in the semi-final last year by The Harps.

But that semi-final defeat last year came on the back of an exhausting schedule, one that had seen them play a senior football semi-final draw and replay on a heavy pitch only the week earlier.

Again there’s little form to go off but Ballyfin might just have enough to win here, leaving Portlaoise needing to beat Colt-Shanahoe and Slieve Bloom to take one of the semi-final places on offer.