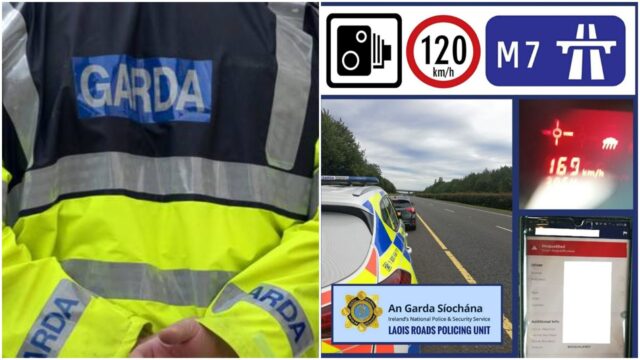 They stopped a car on the M7 motorway after it was recorded travelling at a speed of 169km/h.

However, he was subsequently arrested and found not only to be a disqualified driver, but also someone with three outstanding warrants to his name.

“This male when stopped jumped into passenger seat of vehicle forcing his passenger out the door of the car onto the side of motorway.

“The Garda Mobility App showed the driver was disqualified.

“He was arrested and brought to Portlaoise Garda Station where it was discovered that he had three live warrants for his arrest.

“This male was held in custody overnight and brought straight to court this morning.”