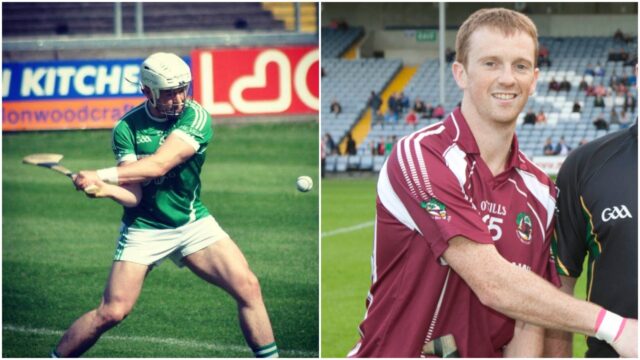 Ballinakill led by eight points at one stage in the second half but Rosenallis battled back with a Fiachra C-Fennell goal proving crucial in their comeback.

Goalkeeper Stephen Kelly had Rosenallis ahead with a minute of injury time to play but the excellent Eamon Jackman, who finished with 12 points in total, tied it with virtually the final puck.

It means both sides have a point each, behind Borris-Kilcotton who top the group and Camross who are now bottom.

The first half was tight and tense with both sides making errors and some impressive scores in equal measure.

Rosenallis were wayward in front of goal though and they shot eight first half wides with Ballinakill only having four.

It was the senior debutants who opened the scoring through Paddy Keating in the opening minute and although both sides would lead, the margin was never more than a point.

We were level seven times as Eamon Jackman landed five for Ballinakill from dead balls with Brian O’Meara and Seamus Dwyer chipping in from play.

John Lennon, operating at corner forward, joined Keating on the scoreboard for Rosenallis – as did brother Cillian and Donnagh Callally with the latter converting a lovely sideline.

With the final play of the half, Paddy Keating cut through the Ballinakill defence and unleashed a shot which cracked off keeper Eoin Simms’ crossbar and went over to leave it 0-7 apiece at half time.

Ballinakill started the second half like a train and grabbed eight of the first nine points.

Eamon Jackman got most of those with TJ Lalor and Seamus Fitzpatrick also chipping in for Ballinakill as they took a commanding 0-15 to 0-8 lead.

Rosenallis got two points before the water break thanks to Cathal C-Fennell and Paddy Keating but an Eamon Jackman free left Ballinakill six ahead with 12 minutes to go.

However, Rosenallis embarked on the most dramatic of comebacks then.

John O’Loughlin and Paddy Keating drew them to within four before they got a crucial goal after 58 minutes. Shane Farrell and Ronan Murray both saw efforts blocked before the ball came out to Fiachra C-Fennell who slotted the ball into the top corner from 25 yards.

Cha Dwyer hit back for Ballinakill with his only score of the game but two Paddy Keating frees had Rosenallis level before a monster from keeper Stephen Kelly put them ahead.

But Jackman had the final say as the sides left the field with a point each.