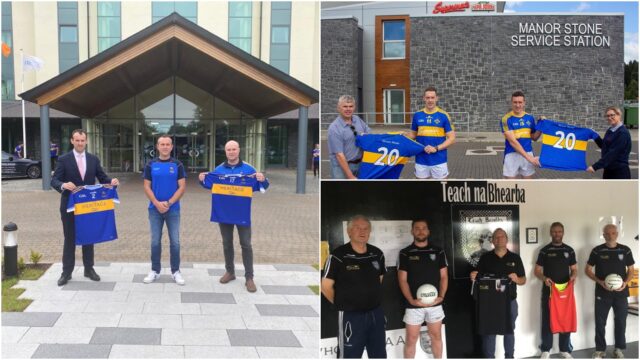 O’Loughlin off to winning start with Sarsfields in Kildare

Former Laois U-20 manager and Arles-Killeen man Billy O’Loughlin sees his managerial star continue to rise as he got his championship season off to a good start with Sarsfields in Kildare.

Having guided Laois to a Leinster U-20 final in 2019, O’Loughlin moved on from that role and took over Kildare senior champions Sarsfields for the 2020 season.

His first championship match handed him a tough fixture – against a star-studded Johnstownbridge side managed by his uncle Luke Dempsey.

O’Loughlin incidentally won a couple of Westmeath championships with St Loman’s of Mullingar under Dempsey.

But the bragging rights went to O’Loughlin as they recorded a big 2-17 to 0-10 win as they go in search of a 26th Kildare senior title.

The win puts them in a strong position in their group with games to come against St Laurence’s and Eadestown. Laurence’s beat Eadestown 0-14 to 0-12 at the weekend.

Among the other results in the Joe Mallon Motors Kildare SFC saw Clane inflict a huge 3-17 to 0-2 win over last year’s intermediate champions Monasterevin while 2018 champions Moorefield were 2-20 to 1-6 winners over Carbery.

Former Kildare great Glenn Ryan is in charge of Round Towers and they had a 1-11 to 0-11 win over Naas.

There was Laois interest in the opening round of the Kildare junior football championship too as Castlemitchell beat Grangenolvin on Sunday in Athy.

Tomas Moore – from Ballylinan but now a Park-Ratheniska man – is a coach/selector with Castlemitchell under Kieran Harris as they got an important 0-10 to 0-5 win.

They have group games to follow against Ballykelly, Kill and Robertstown.

Moore is also a selector with Park-Ratheniska under manager Kieran Kelly and will be hoping for a unique Laois/Kildare double this year. Park take on Castletown this Friday in the opening round of the Laois championship, a repeat of last year’s semi-final which Castletown won.

Billy Sheehan made his latest club debut on Saturday as he lined out at midfield for Cratloe in the Clare senior football championship.

Sheehan, whose wife Marie is from Cratloe, has now played senior football in his native Kerry with Austin Stacks, Cork with UCC, Dublin with UCD and St Jude’s and in Laois with Emo.

Sheehan “showed prominently” according to the Clare Champion and scored a point from play but his side went down to 2-9 to 0-13 defeat to Lissycasey after extra time.

Cratloe had a star-studded side that included Clare hurlers Podge Collines, Conor McGrath, Liam Markham and former London footballer Killian Phair though were without Cathal McInerney and Sean Collins.

There was a Laois interest in the opening round of the Offaly senior hurling championship over the weekend also as Enda Lyons guided Coolderry to a narrow 1-16 to 0-18 win over newly-promoted Seir Kieran.

Galway native Lyons, whose sons Eanna and Darragh play with Ballyfin, is also the Laois U-20 manager this year having been over the Laois minors for the past two seasons.

Coolderry, who were champions as recently as 2018 and are top of the Offaly roll of honour with 31 titles, had 1-6 from David Tooher and 0-5 from former Offaly player Brian Carroll.

In the other group, Shinrone and Ballinamere drew while champions St Ryanagh’s were 0-20 to 1-14 winners over Belmont.

New jerseys for Barrowhouse, O’Dempsey’s and Clough-Ballacolla as championship season in full flight

Nothing screams championship as much as a new set of jerseys and clubs all round Laois will be looking well in their big games this month.

Clubs have always enjoyed a good relationship with local businesses but now more than ever that support is hugely appreciated. It’s not an easy time for businesses, particularly in the hospitality industry.

But all over you see the generosity coming to the fore. O’Dempsey’s were presented with new jerseys by Ger Alley, general manager of The Heritage, while Clough-Ballacolla were kitted out by Supermac’s in Manor Stone.

Barrowhouse, meanwhile, were presented with training tops, footballs and equipment by Dan Curtis, who recently opened the Auld Shebeen Bar in in Athy.

“It is so important now and in the future that we support these local businesses as they are the people who are always there to support local clubs and communities in times of need,” said Keith Langton, Barrowhouse GAA PRO.

“We are very grateful for this sponsorship and would like to thank and wish Dan, Edwina and staff all the best in their new adventure with The Auld Shebeen Bar.”

Barrowhouse begin their championship campaign in the Laois junior football championship against Errill this week while O’Dempsey’s face Courtwood in a keenly-awaited local derby on Saturday. 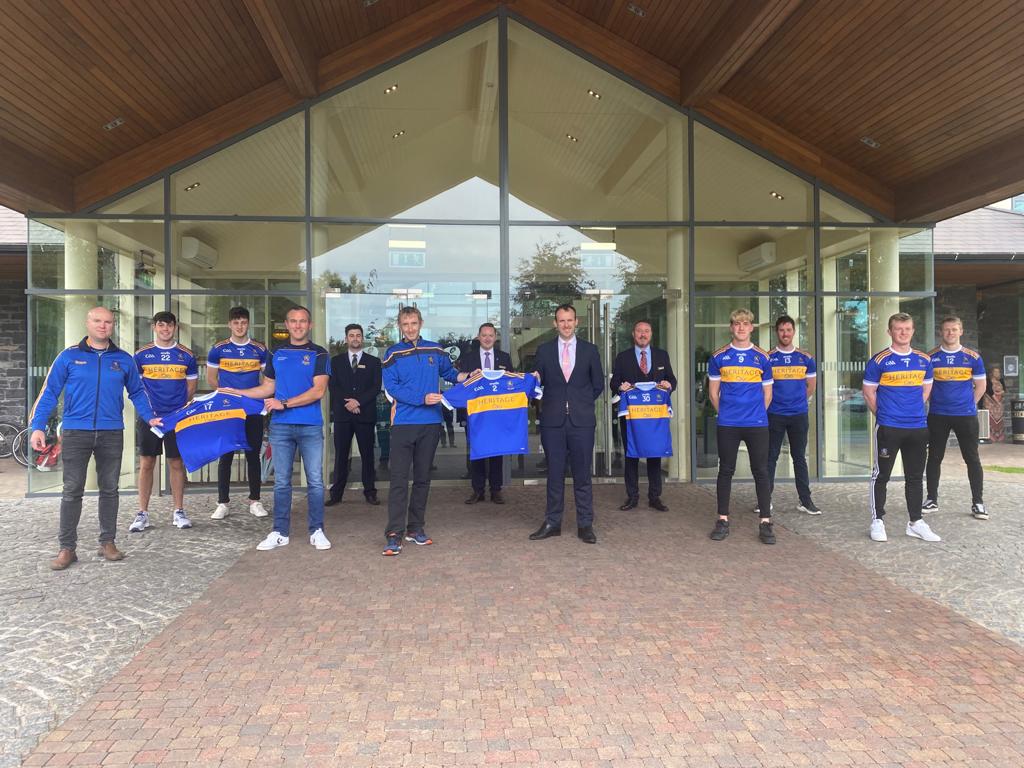 Golf clubs around Laois have experienced a surge in membership this summer as they were among the first to benefit from restrictions being lifted.

And many of those new members were hurlers and footballers who previously wouldn’t have had time to play golf.

And one name jumped out from the results in Mountrath Golf Club. We noticed that long-serving Laois footballer Colm Begley won the April Medal, played on July 10-12, with a nett score of 64 off a 14 handicap.

The May medal, played the following weekend, was also won by Begley, this time off a 13 handicap, but with an even better score of 62.

We’ve since heard that the Stradbally man has been cut to a 9 handicap but with the championhip starting next weekend – Stradbally play Portarlington in the opening round – and inter-county training due to resume in mid-September, he may not have the same opportunity to continue to lower that handicap.

Also spotted among the winners in Mountrath was Begley’s former Laois team-mate Darren Strong, who was fifth in the April Medal, with 67 off 13.