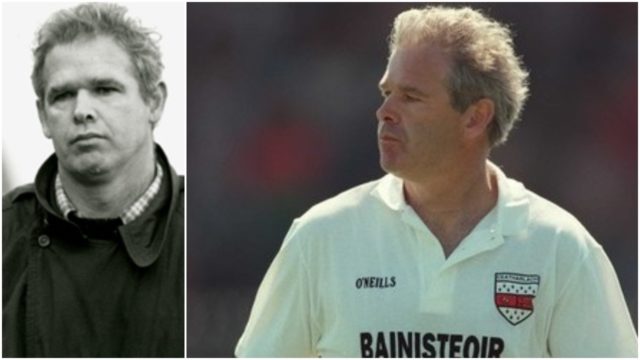 This piece originally appeared on LaoisToday in March 2019, ahead of a decisive National Football League game between Laois and Carlow

The Laois and Carlow footballers are set to do battle this afternoon in a crucial game for both counties.

Laois need to win to have a chance of promotion from Division 3 of the Allianz Football League – Carlow need to draw or win to stay up or hope that already-relegated Sligo can do them a favour.

The counties have become well used to each other over the past 12 months but as they prepare to meet again, we look back at the playing and management career of Bobby Miller, remembered as one of Laois’s finest players but who later went on to make a huge impact on Carlow football at club and county level.

The Timahoe native died suddenly in O’Moore Park in 2006 when he was manager of Arles-Killeen, during a club championship game against The Rock.

He was only 56 at the time and his death was a huge shock in these parts.

He was often described as one of the best players never to win an All Star and later became a highly-respected manager at club and county level.

At the time of his death he was managing his local club Arles-Killeen, who his son Barry played with, and had previously managed both the Laois and Carlow county teams, Leinster in the Railway Cup as well as club teams in Laois, Kildare, Offaly, Wicklow and Carlow.

Through football he touched many people’s lives and the tributes, heartfelt and moving, flowed freely in the days following his death.

As a player he was remembered as a majestic fielder of a ball and a great Laois midfielder during the 1970s, an era that unfortunately didn’t yield any great success to go with his undoubted talent.

He did win four All Star nominations in the early 70s but his only reward playing with Laois at senior level was a League Division 2 title in 1972 and O’Byrne Cup in 1978.

To add another nice dimension he then went and won a Kildare SFC medal with Athy – where he worked as an accountant – in 1987 when he was player-manager, their first championship triumph in over 40 years.

With Leinster he won a Railway Cup medal in 1974 and was manager of Leinster for three successive triumphs, 1984-86.

As a manager it’s with Eire Og of Carlow that he really made his name, winning three Leinster club championships and reaching two All Ireland finals in a glorious spell.

An All Ireland with that team proved beyond him but they are still remembered as one of the best Leinster club teams since the inception of the competition – winning an amazing five provincial titles in seven years in the 1990s.

He also managed Baltinglass in Wicklow, Kilcock and Athy in Kildare, Stradbally, Arles-Killeen and his own native Timahoe in Laois and Clonbullogue in Offaly.

The first time he pulled on a Laois jersey was in 1965 when he lined out for the Laois minor football team against Offaly in Newbridge; he was only 15.

They lost but it was still the start of something special. For the next 20 years he adorned the Laois jersey with great distinction and a huge sense of pride. 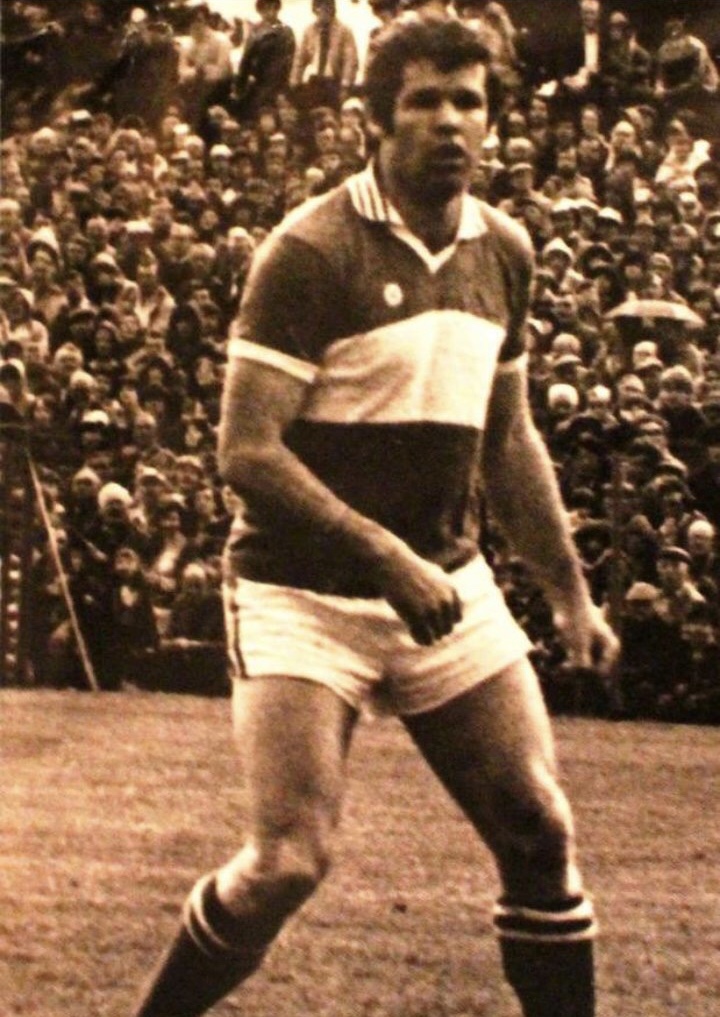 The following year, still two years outside his age group, he won a Leinster minor championship and then went and kicked the equalising point against Down in the All Ireland semi-final in Croke Park.

They lost the replay in Navan but he was quickly establishing himself as a precocious talent and a name to remember.

Laois won the Leinster minor final the following year as well but fell to Cork in the final.

In his last year as a minor, in 1968, Laois lost the Leinster final to Dublin on what was a dark day for Laois football as they then went and lost to Longford in the senior decider.

On the club scene the greatest day came in 1969 when he was midfield on the Timahoe team that won their first and, to this day, only Laois SFC.

His brother Tom was midfield beside him while other brothers, Dick (who later spent eight years as Laois GAA chairman and also a member of Laois County Council), Jim and John were also key players.

They beat Portlaoise in the final, gaining revenge for defeat at the same stage a year previous.

His inter-county management career started in 1988 when he took over Laois and he did two years in the job but lost in the early stages of the championship on both occasions.

The fact that he had played with a large number of the players he had soldiered with for many years made his job more difficult.

When he took over Eire Og in the early 90s, he quickly established them as the dominant club in Carlow and then took it on to an even higher level by winning three provincial titles and losing All Ireland finals in 1993 – when they were beaten narrowly after a replay and had a goal controversially disallowed near the end – and again in 1996 to Kerry’s Laune Rangers.

In the autumn of 1994 he also took on the Carlow county job, winning an All Ireland ‘B’ title with them and coming very close to shocking Laois in the opening round of the championship in 1995.

Laois won with a late point from Michael Turley but when that was later proven to have gone wide, a re-fixture was scheduled for the following Sunday and Carlow led for most of the game but eventually lost by three points.

He left the job in 1997 after the Carlow Supporters Club, who had lured him to the job in the first place, clashed with the county board.

A general theme that has emerged is that he was ahead of his time as a manager in terms of training methods and looking after players.

Indeed Eire Og were one of the first high-profile teams to bring men behind the ball and suffocate the opposition, similar to what has become very fashionable in recent times.

As a player he regularly demanded better conditions for players and he spoke passionately about the need for the GAA to do more for the dub scene.

He reckoned that clubs were being neglected and that designated ‘Club Sundays’ should be introduced which would help promote club games and would allow clubs have the exclusive use of their players.

In 1981 – the year he also played in a Leinster final with Laois – he helped organise Laois’ three-week tour of the USA and he went back three years later to help fundraise for the re-development of O’Moore Park.

His death in 2006 was a shock to all. Arles-Killeen later went to the Laois SFC final under Wicklow man Hugh Kenny and in the last number of years his daughter Alison established herself as a top international rugby player and has won a Grand Slam with Ireland as well as appearing in a World Cup semi-final.

Alison announced her retirement from the international game last year and spoke to us about her brilliant rugby career.