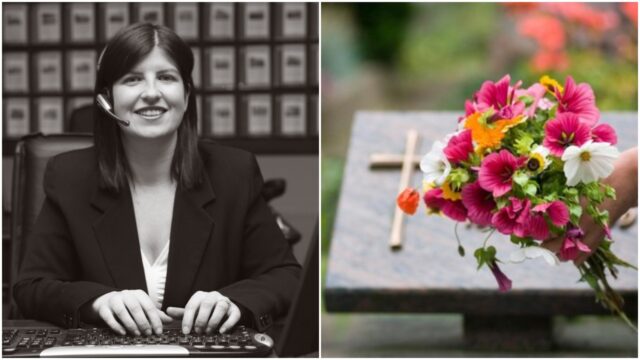 There is incredible sadness in Portlaoise at the death of Breda Daly, who passed away this week after a short illness at the age of just 46.

Breda, who was originally from near Ballylinan, lived with her husband Pat on their farm in Galmoy in Kilkenny with their two young children Gerard and Leah.

She had worked in Hume Auctioneers for the past 17 years and with the Office Centre prior to that.

“Breda touched the lives of so many people buying and selling their homes for over 17 years in Portlaoise,” said John Dunne, owner of Hume Auctioneers.

“She had extraordinary empathy and her kindness carried hundreds of families through a most stressful part of their lives.

“There is probably a thousand Thank You cards here for Breda. She kept us in chocolates here every week.

“A Friday wouldn’t pass without some parcel or other arriving for Breda thanking her for her kindness. It was beautiful to see, and a reminder we didn’t need, to tell us we were working with an extraordinarily kind person.

“And she wasn’t just kind she was an exceptional auctioneer. People trusted Breda so much which made them comfortable when buying or selling their homes.

“We are beyond heartbroken. She was the life and soul of this office for 17 years. She will be with us forever.”

Hume Auctioneers will open a book of condolence for Breda on Friday evening from 4pm -7pm at their office in Market Square. They are inviting anybody who knew her to come along and sign so in years to come her young family will know how popular and kind she was.

“She grew up on the Kildare border and moved to Kilkenny and as she touched so many families in Portlaoise and as her illness was so short, we want to give these people a chance to pay their respects,” added John.

Arles-Killeen GAA club also paid tribute as the Dunne family have a close association with the club, with Breda’s brother Padraig the current chairman.

Breda is predeceased by her mother Josie and sadly mourned by her husband Pat and her children Leah and Gerard, her father Peter, her mother-in-law Queenie, her brothers Seamus, Padraig and Joe, sisters-in-law, brothers-in-law, aunts, uncles, nieces, nephews, grand-nephew, work colleagues, neighbours, relatives and friends.

Her funeral mass took place in Galmoy on Monday followed by burial in the adjoining cemetery.

SEE ALSO – Abbeyleix Bog is growing, growing – after it was almost gone