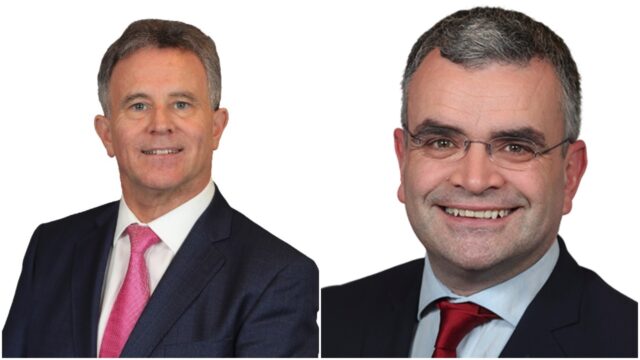 Minister for State Sean Fleming has called for the Oireachtas Golf Society to be disbanded as the fallout from the infamous outing and subsequent dinner continues.

More than 80 people attended a golf function in a hotel just a day after the Government announced new lockdown measures to stop the spread of Covid-19.

The former Agriculture Minister, Dara Calleary, who has since resigned, along with senators and TDs attended the Oireachtas Golf Society event to celebrate its 50th anniversary was held at a function room at the Station House Hotel, Clifden, Co Galway on Wednesday August 19.

The table plan listed 82 people for the sit-down function, with up to 10 people per table, even though guidelines state no more than six people should be seated at any one table.

Minister for State Sean Fleming has called this morning for the society to be disbanded.

He said: “(The) Oireachtas Golf Society should be disbanded immediately.

“I am asking Ceann Comhairle take whatever steps are necessary.”

Since the story broke last night, Dara Calleary has resigned while Fine Gael senator Jerry Buttimer has resigned as vice-chair of the Seanad.

Meanwhile, Gardai have launched an investigation into the event.

Gardai say: “An Garda Síochána is investigating an event that was held in Co. Galway on the 19th August, 2020 into alleged breaches of The Health Act 1947 (Section 31A-Temporary Restrictions) (COVID-19) (No.3) Regulations 2020, as amended.

“As this is an active investigation An Garda Síochána has no further comment.”