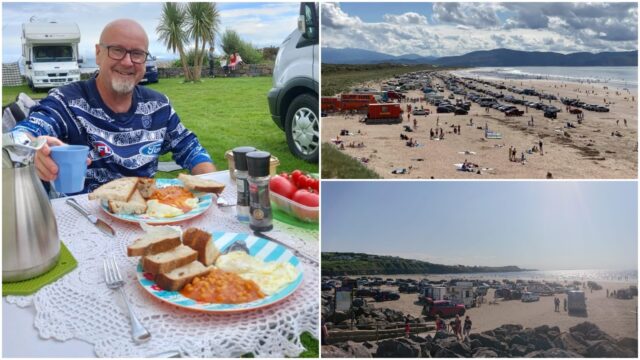 Lar Lynch was a fabled publican in the Market Square, or the Top Square as it’s more commonly known in Portlaoise.

Just after 10 o’clock every morning of the week, during the summer (as tourists only came during the summer back then), the coaches would pull into the Top Square in Portlaoise and the Americans (as there was only American tourists back then) would disembark, and on the drivers instructions make a beeline for Lar’s, which has just opened for the day. It was convenient.

One after another, appropriately attired for their two-week vacation, in garb inspired by The Quiet Man or Ryan’s Daughter, peak tweed hats and loud plaid trousers, the Americans would use the facilities in Lars.

Mostly, this daily ritual did little to ruffle Lar, who was also a local politician as well as publican, sort of saw it as part of his service to the nation.

That was until one Monday morning, Lar had had enough of one tourist after another, all heading to Killarney for the fortnight, frequenting his tavern to use the facilities without as much buying a mineral – this was in a time before coffee was invented.

Typically, after strolling in and traipsing out, one particularly burly visitor, with a jaw and a drawl on him like John Wayne, was making his way to the exit while having a good gawk around the bar.

“Yeah,” shouts Lar after him, glancing up momentarily from the Irish Press on the counter, as the bar door banged closed, “tell them it’s a great place to have a sh**e!!

For context, this was back in the day before town by-passes, much less motorways, and after-all they are still only retrofitting the M7 and M8 stop-offs.

Naas was a nightmare every Friday evening as southbound traffic and commuters crawled down the dual carriageway. As for bank holiday weekends, let’s not mention the war, it was hell on four wheels.

The same saga was played out every week on the main routes to Cork and Limerick.

There was two-way traffic on the narrow Main Street of Portlaoise, including articulated lorries and buses. The hold-ups and traffic jams were notorious. 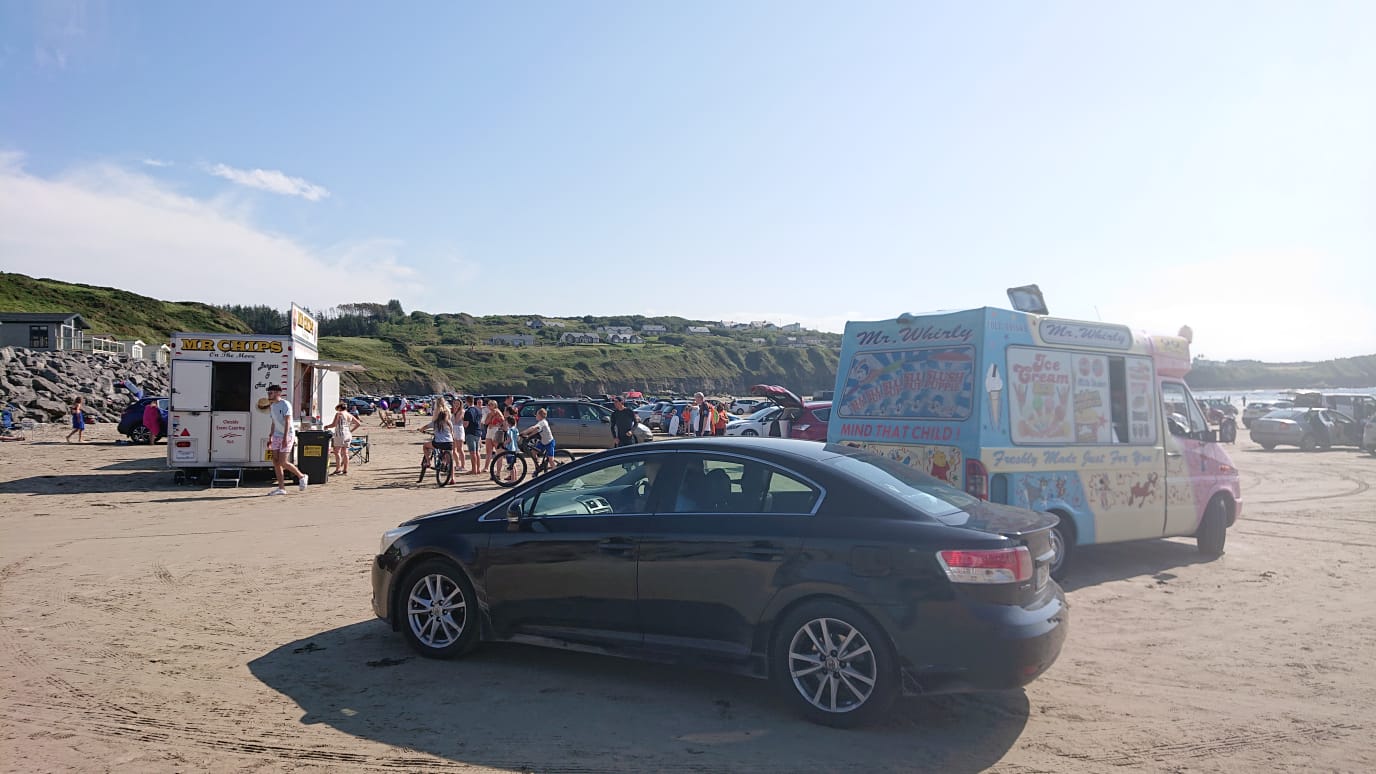 There was no wild Atlantic way back then, just the West, West Cork and Kerry, the tourism capital of the world.

The Irish tourism offering was nothing like the slick, mean, lean, marketing machine it is today, and there were only a handful of hotels between Dublin and the south of the country. 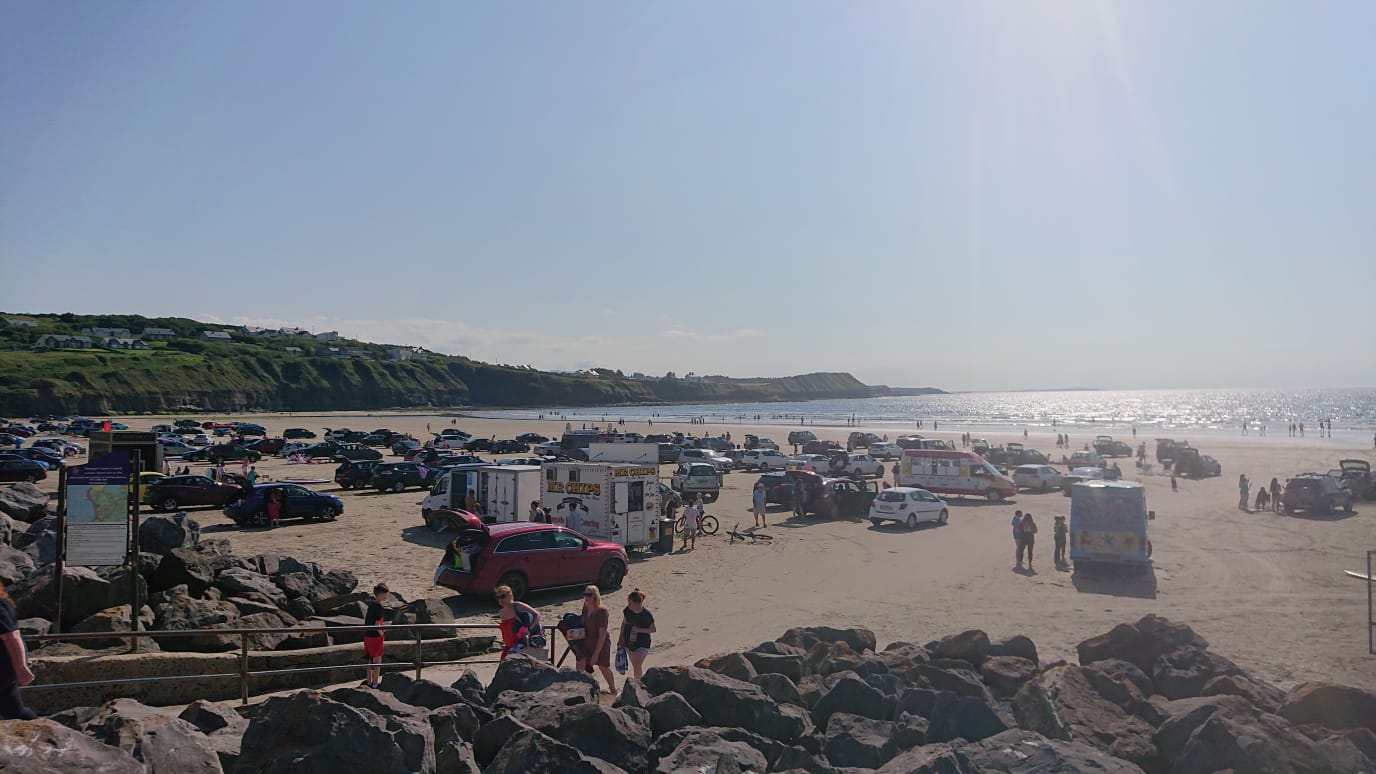 Against this backdrop coach tour operators en route to the ‘Kingdom’ and other far flung lands would pick their places for a stop-off to break the journey, so as their passengers could stretch their legs and use the loo.

The problem is, there were no loos.

Hence the ‘shoot out’ in Lar Lynch’s pub in the Top Square. 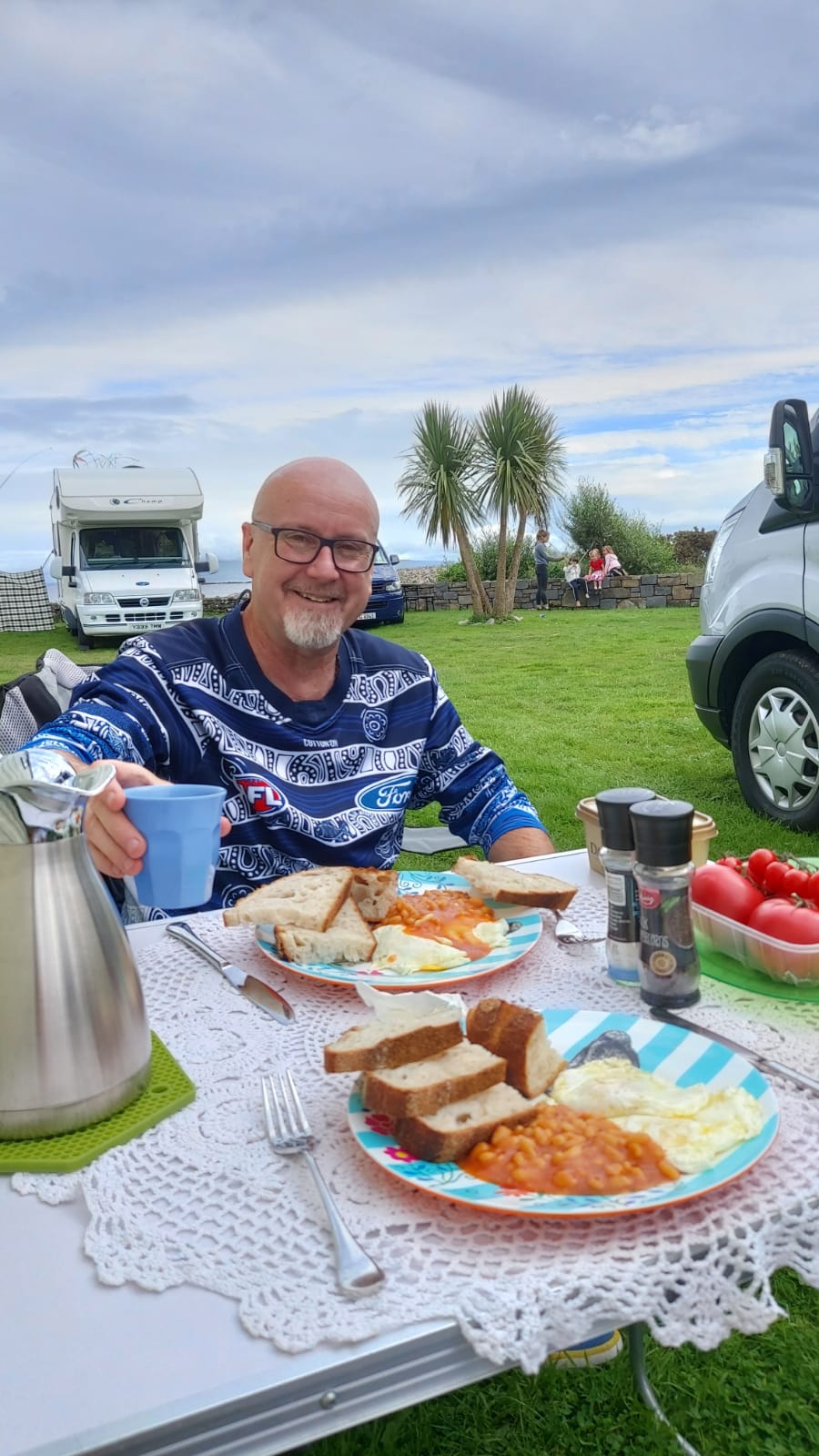 The truth is that for 50 years our tourism offering has been using the country’s pubs as a public convenience at every crossroads.

It is an unofficial wink and nod arrangement which is supposed to have some intrinsic symbiotic value, but as Lar Lynch would tell you, that’s not always the case. 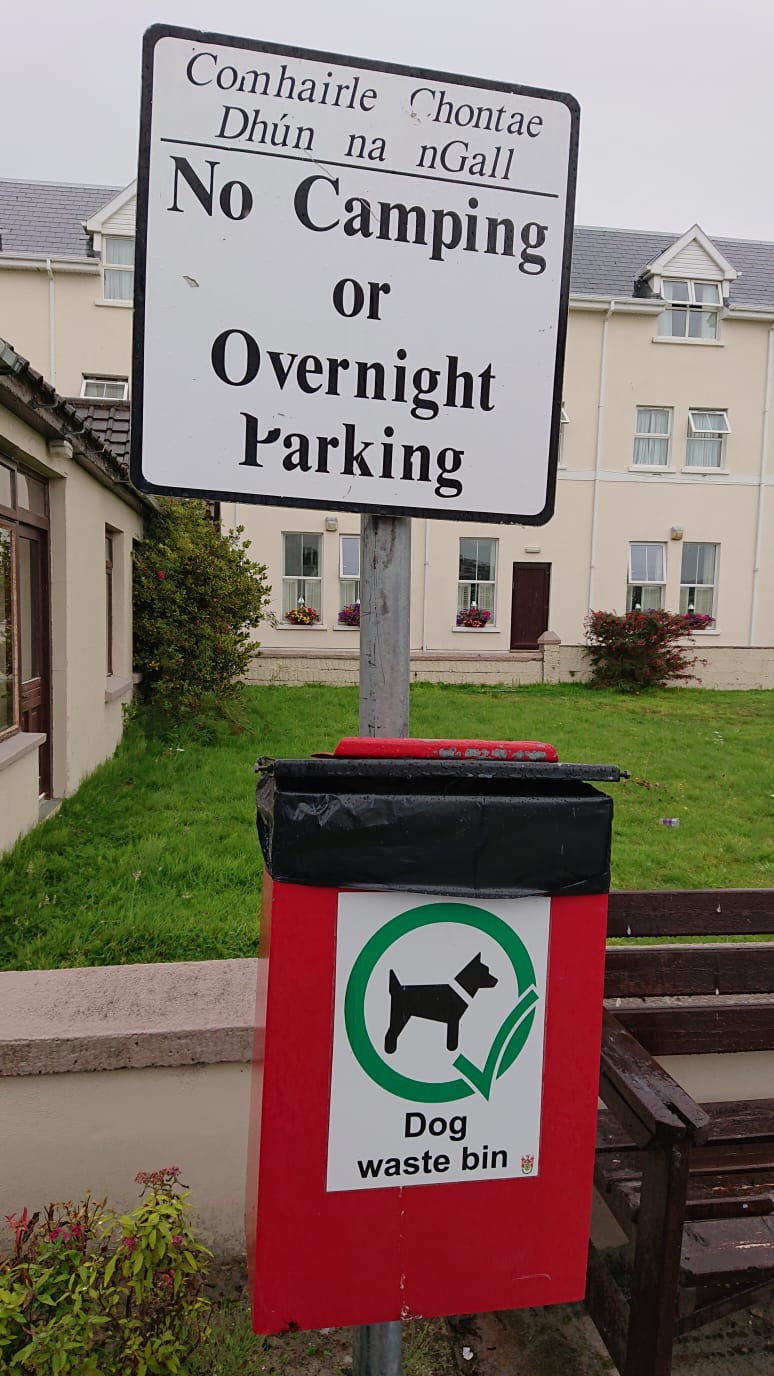 I’m not here to make a case for vintners, they are well capable of doing that themselves and through their representative organisations, but the Covid-19 scenario, the subsequent lockdowns and the continuing closure of pubs has exposed a glaring gap in the provision of facilities around the country.

The ongoing enforced closure of pubs, and very often the restricted access to hotels for residents only, has exposed the big white lie at the heart of the staycation mantra. 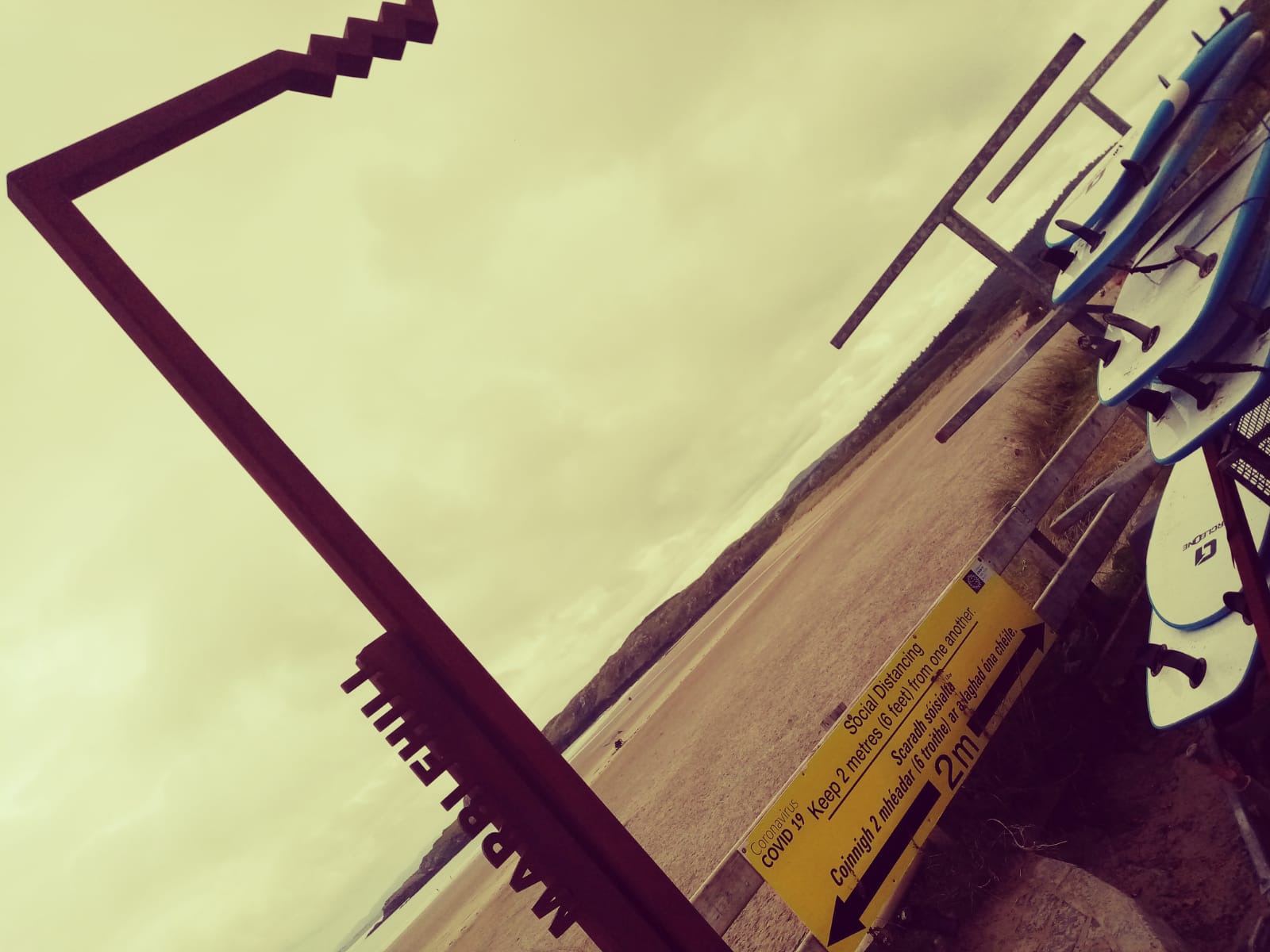 We simply have not provided the basic services and facilities to cope with and cater for the numbers of home-grown visitors opting to staycation.

This deficit of facilities is primarily a glaring indictment of most of the local authorities around the country, who are glad to talk-the-talk on tourism, heritage and outdoor pursuits, but in effect have invested very little in terms of public amenities. 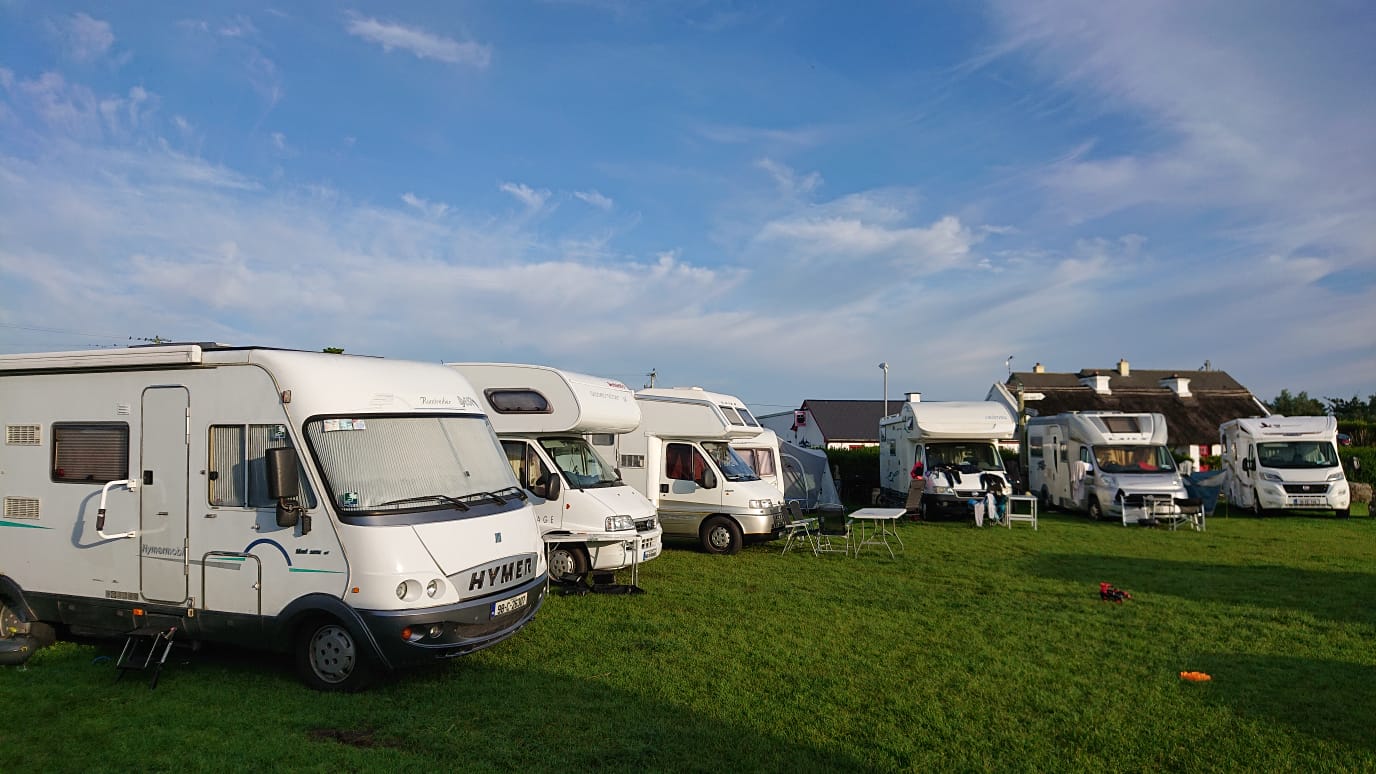 Accordingly, they continue to rely on pubs, the private sector and businesses to do that job for them… just as the motorway plaza stop-offs have replaced the Lar Lynch’s of this world and the authorities are more than glad to collect the rates and revenue.

However, we have little to show from them in terms of reinvestment to support the staycation market and the model of ‘support local’, which they are so fond of spouting. 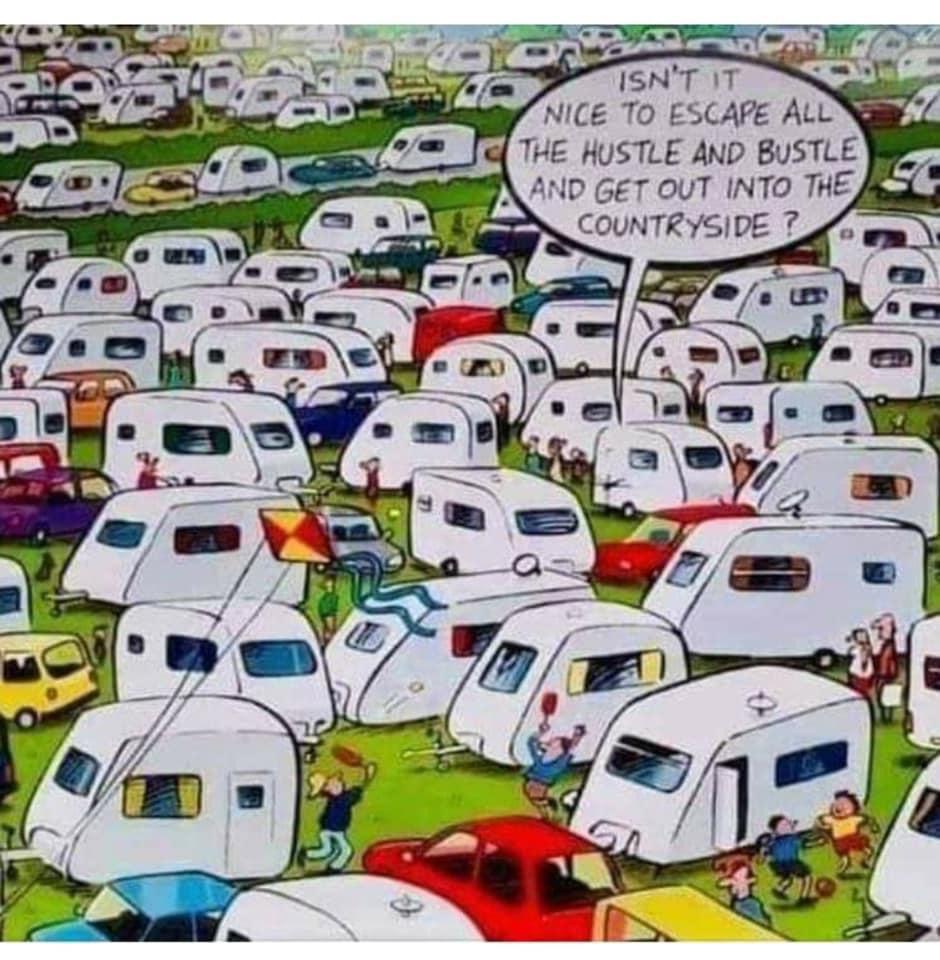 In truth, rather than developing and maintaining proper public toilets, many local authorities are more interested in looking for excuses to close them.

But the issue goes way beyond spending a penny. 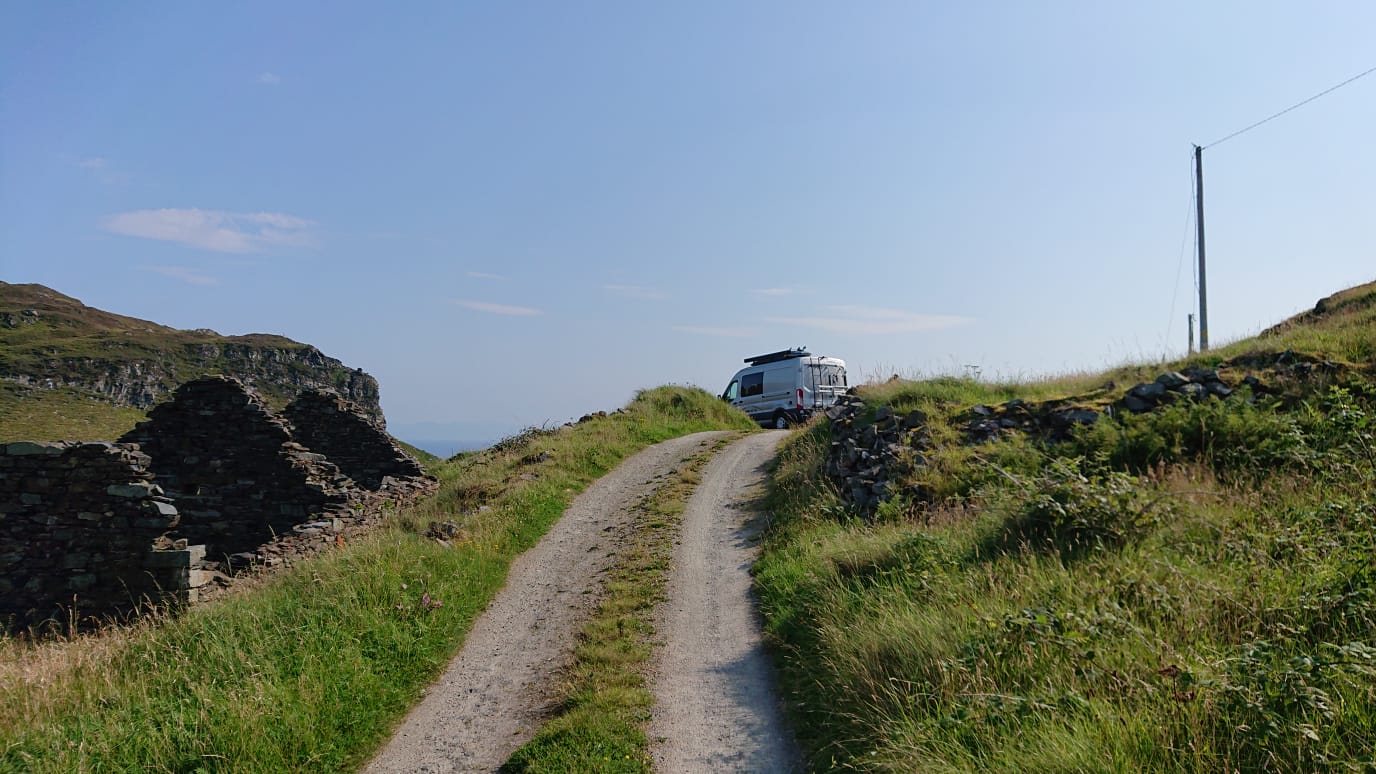 In this summer of 2020, The Year of the Staycation we have had the restriction of access to major amenities in the Wicklow Mountains; the closure of beaches in Wexford due to overcrowding; the closure of beaches in Clare due to effluent discharge and pollution; chaotic parking and the subsequent traffic congestion and blocking of roads to popular beaches and parks at weekends; the  parking of thousands of cars on public beaches; water shortages and water rationing in Achill being blamed on the influx of too many visitors; wholesale littering of scenic areas and a plethora of stories in local papers highlighting concerns and conflicts due to so many motorhomes in popular spots such as Salthill, Skibbereen, Westport, Terryglass, Kenmare, the list goes on.

Throughout the summer the country’s beaches have been turned into glorified carparks, often due to the lack of adequate alternative adjacent options.

Personally, I don’t favour parking on beaches and I’m not sure what the obsession is with driving along the shoreline, parking up on dunes and leaving engines idling to spew fumes into the otherwise fresh air. There are also safety issues, but more often than not there is no other parking available in any event.

Vanhalla does not condone and in fact roundly condemns any poor behaviour or bad form. Leave No Trace should be our guiding principle. 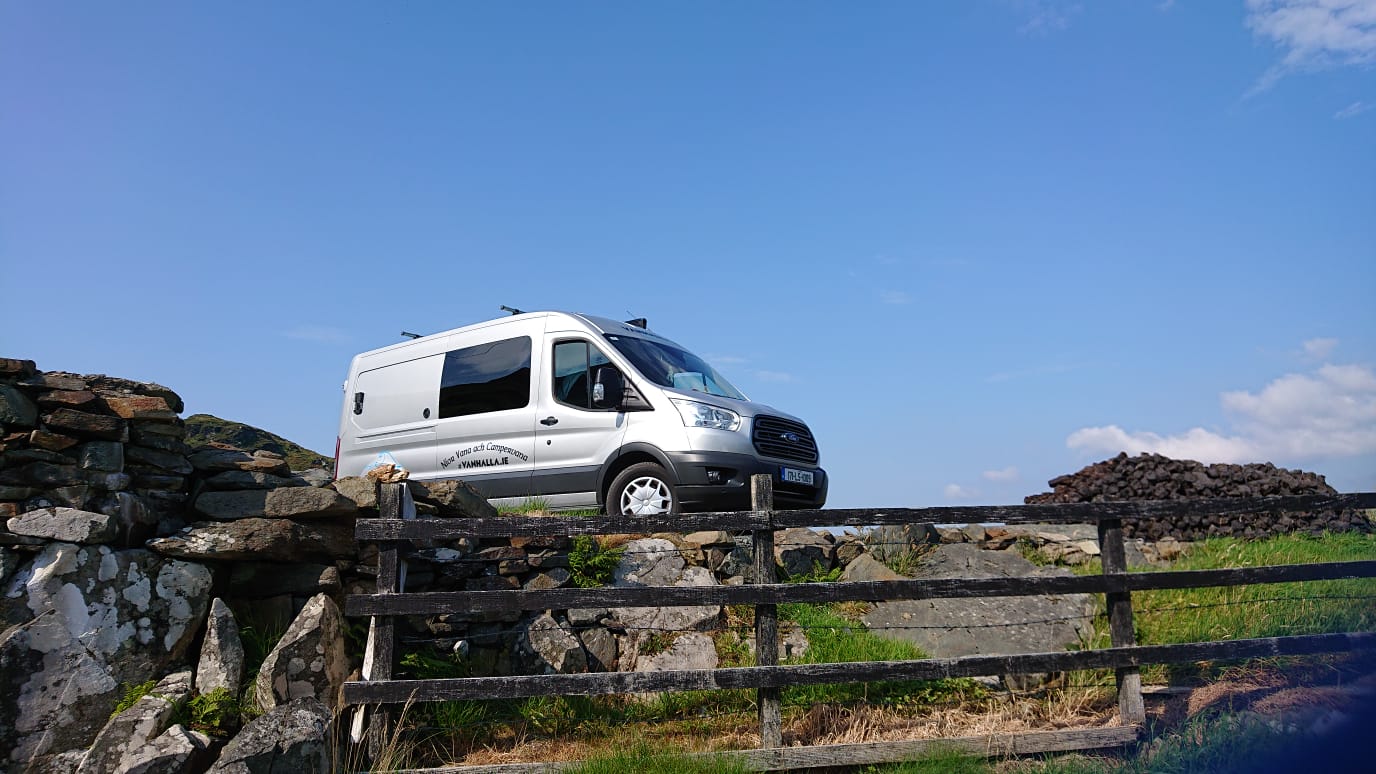 But #Staycation2020 has exposed a glaring gap in the provision of the most basic public facilities for tourists and day-trippers and an unofficial reliance on places like pubs to cater for visitors needs in everything from toilets to parking and even doubling up as tourist offices.

Why are tourist offices around the country closed at weekends when they are required and in most demand? 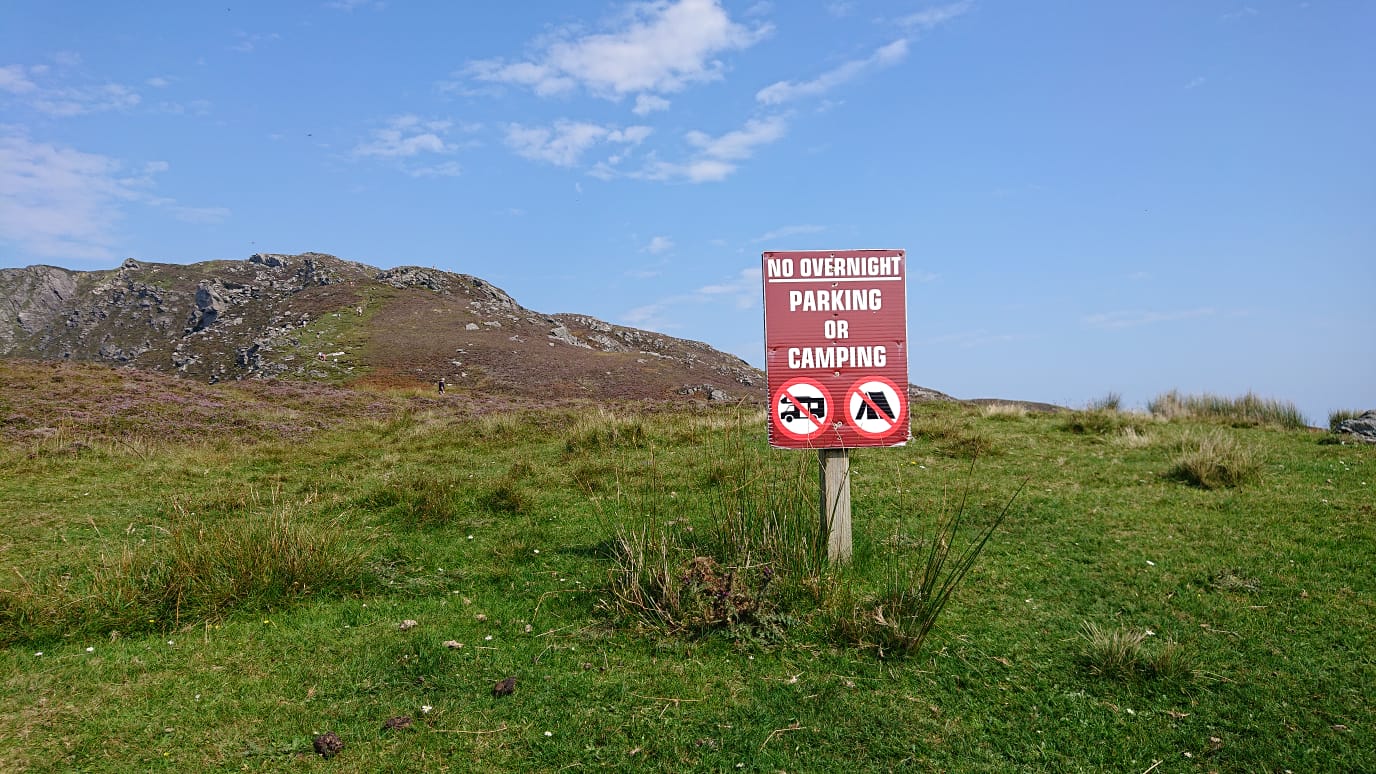 I don’t wish to get into the argument here about campsites versus wild camping, or even the debate about what constitutes ‘wild camping’.

Either way, whatever your preference, once you are on the road for any length of time, everyone requires at least waste disposal and water supplies, a safe place to park-up and at some stage or other an electrical hook up. 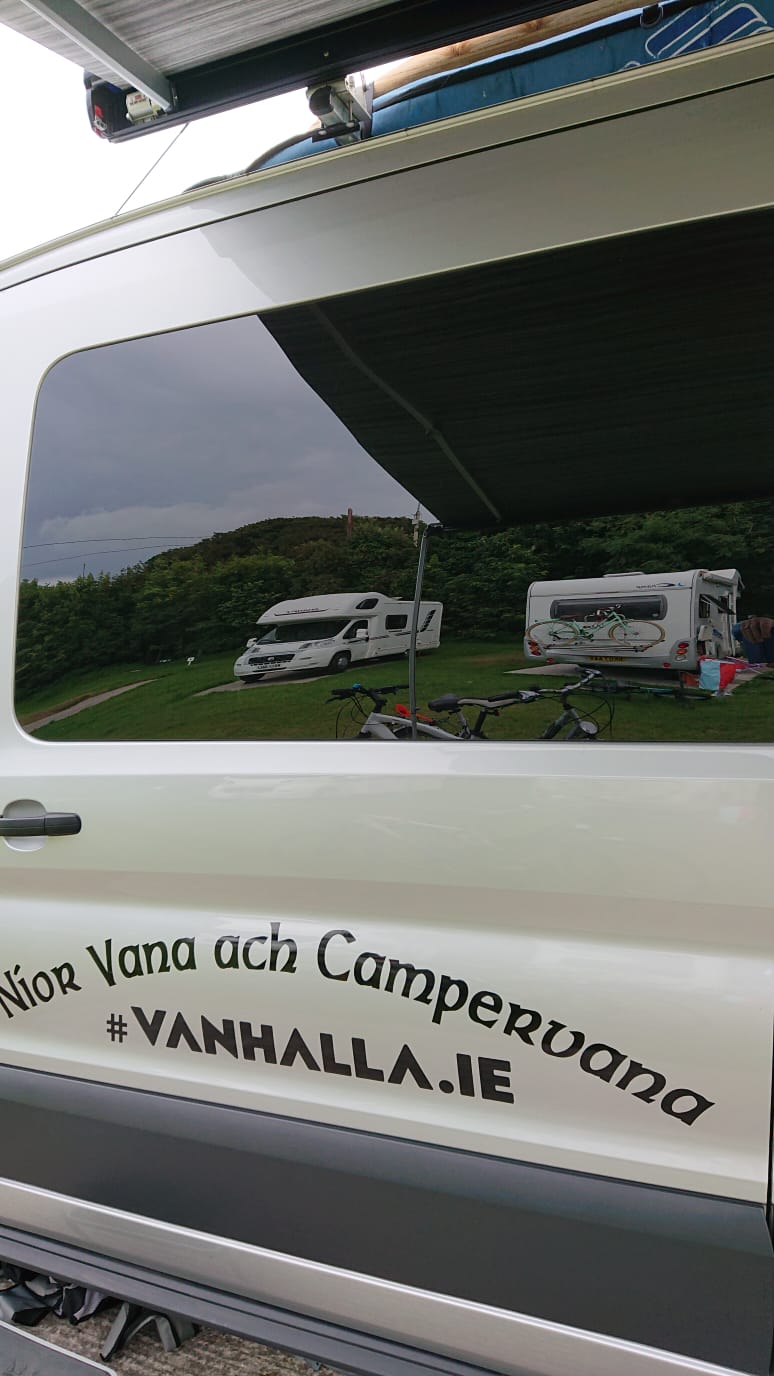 For those in tents the problem is exacerbated further and even more acute as many camp sites are not accepting tents this year, with toilets and shower blocks closed and access only for self-contained units.

With some campsites remaining closed, others operating at reduced capacity and many opening without access to shared facilities such as toilets, showers and kitchens, the reality is the sector has not got the capacity to cater for the surge in the staycation demand. 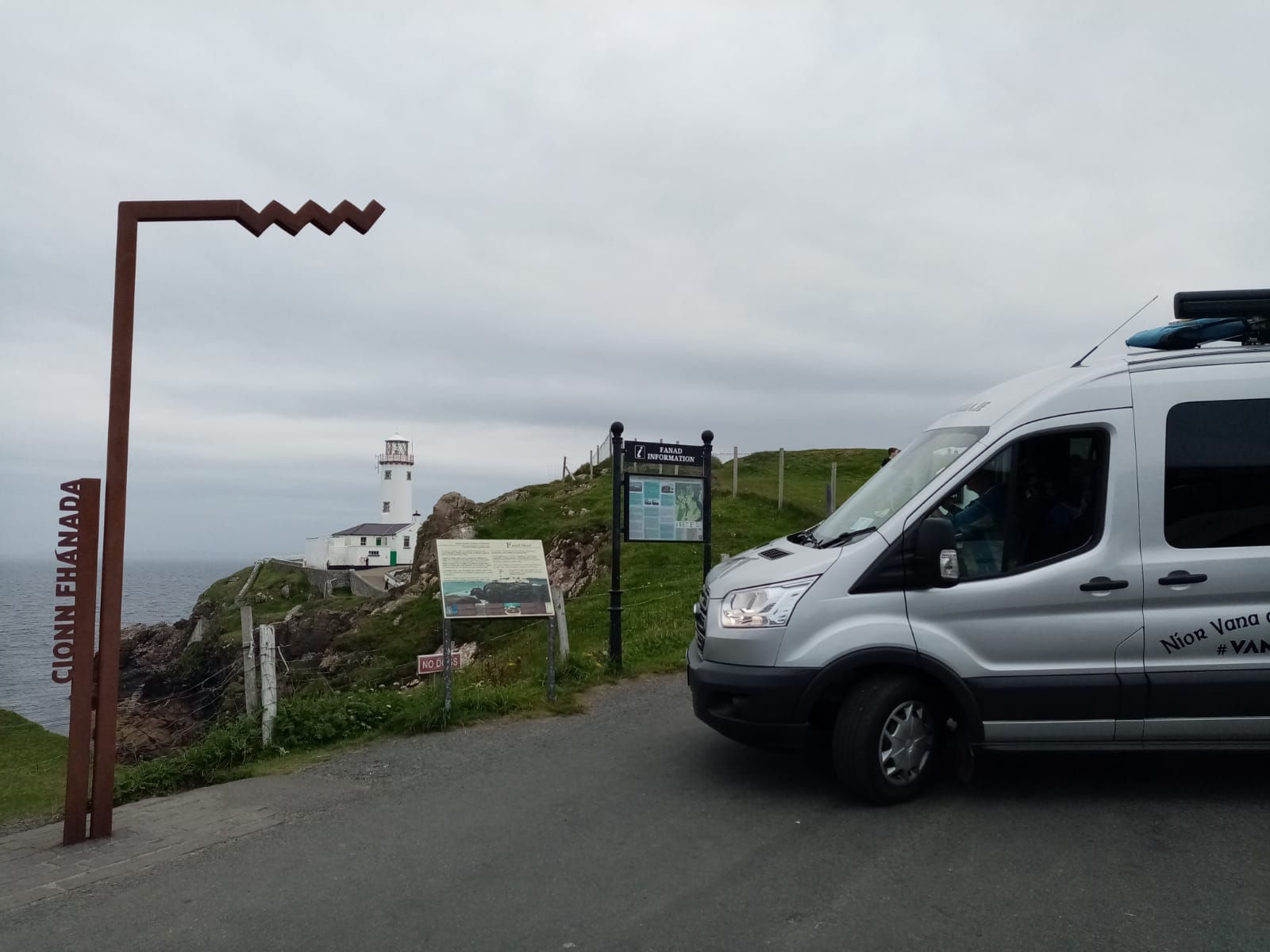 Yet again, where are the public facilities? Most beaches don’t even have a basic cold water faucet to wash off the sand.

It need not be this way. For the world of me I cannot equate the best interests of public health and hygiene with closing toilets and other facilities. Where are the thousands of children and families on the beaches every weekend to go? Have one guess? 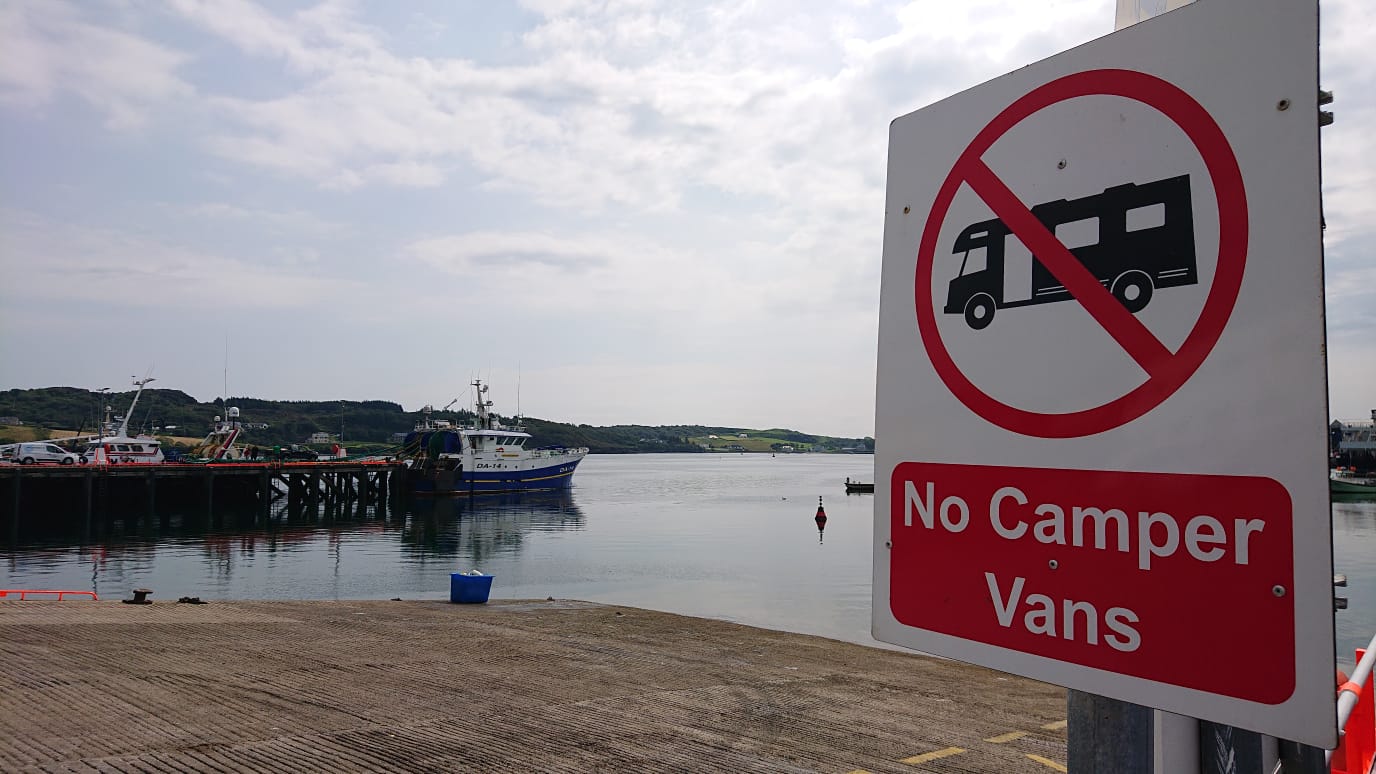 We can do much better. The Waterways Ireland model is a good one and working well where it is in place such as along the Shannon-Erne waterway with access to services in places like Portumna and Roosky for instance, at a reasonable fee, (parking, water, toilet for €10 and an additional €3 for electric hook up, if required). That type of facility could be replicated and rolled out across the country in other locations such as beaches or greenways.

Other European countries are way ahead of us in terms of facilities (and value) at campsites but also with regard to public amenities. 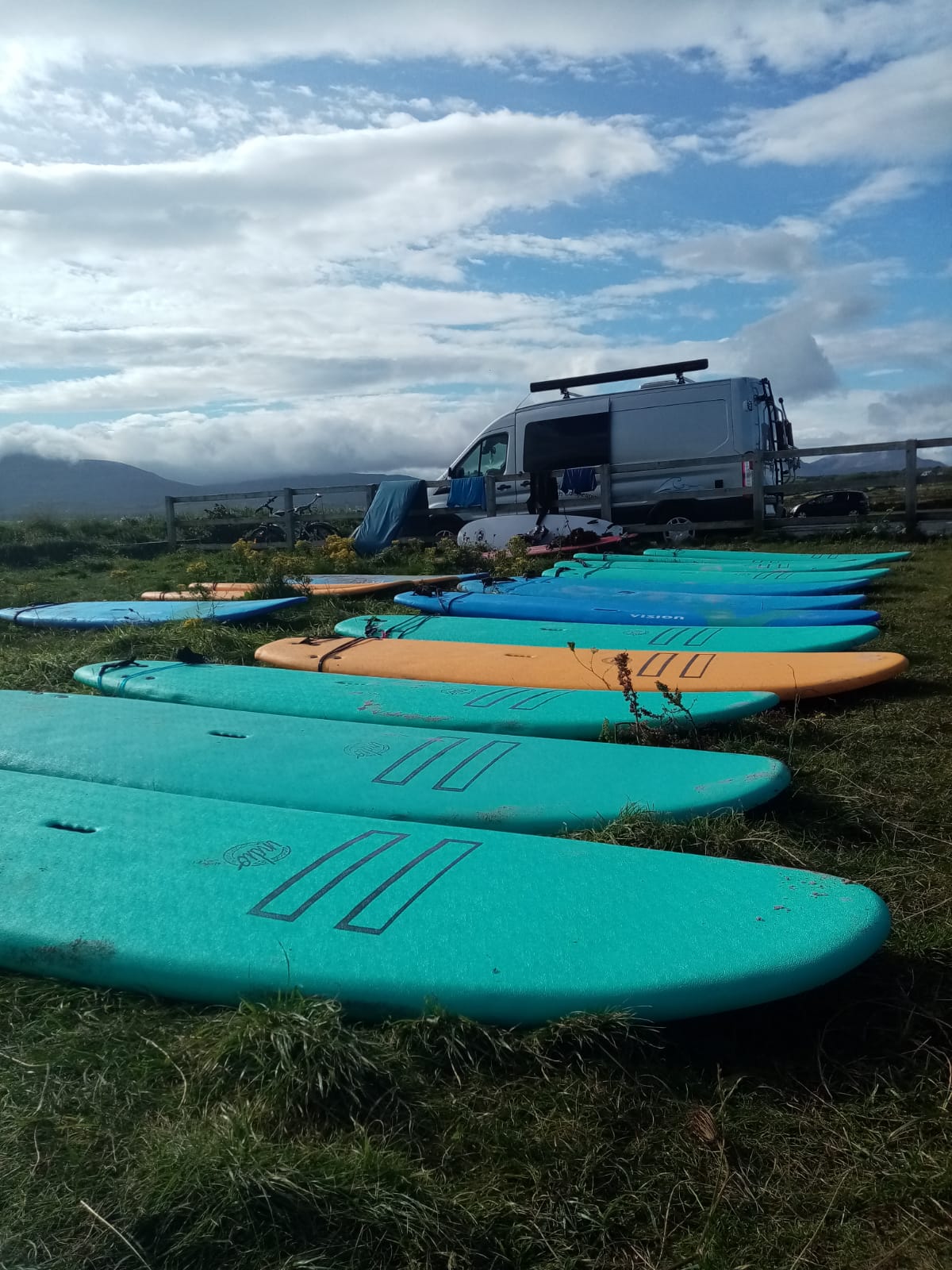 There isn’t a remotest beach that hasn’t a water supply, cold showers and waste disposal, while larger centres have such facilities as toilets and hot showers for a modest fee, often at staffed locations to ensure compliance and standards.

The merits of addressing these issues and shortcomings are manifest and manifold. Even on a mercenary and monetary level the size of the prize is significant.

With some notable exceptions, local authorities, landowners and pub landlords are missing out on a potential cash cow. The motorhome and camping community is crying out for more European Aire type facilities and initiatives such as the French Passion Scheme. 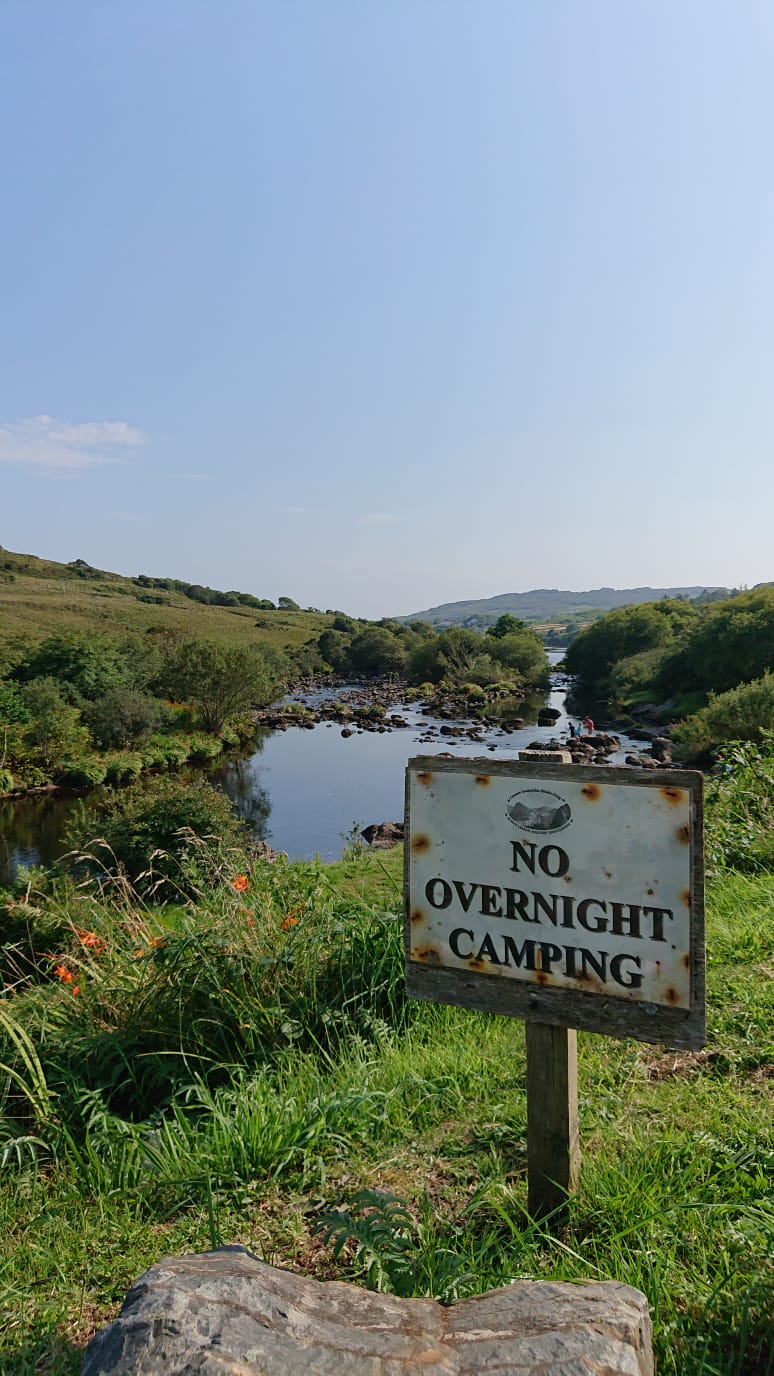 Some communities in places like Graiguenamanagh, Easkey, Sneem, Castlegregory, Cobh and Blarney have cottoned on to this and put good facilities in place. The local economies have benefitted from the footfall and spin-off spend.

A banking industry survey published last week indicated that domestic consumers spent €30m in restaurants, €28m in hotels and a further €19m in the pubs that were open serving food during the month of July alone.

The data revealed that Cork and Kerry were the most popular destinations for staycations this summer. This level of spending was aggregated from debit and credit card payments only and does not even include cash purchases, which is often the case on holidays in seaside resorts. 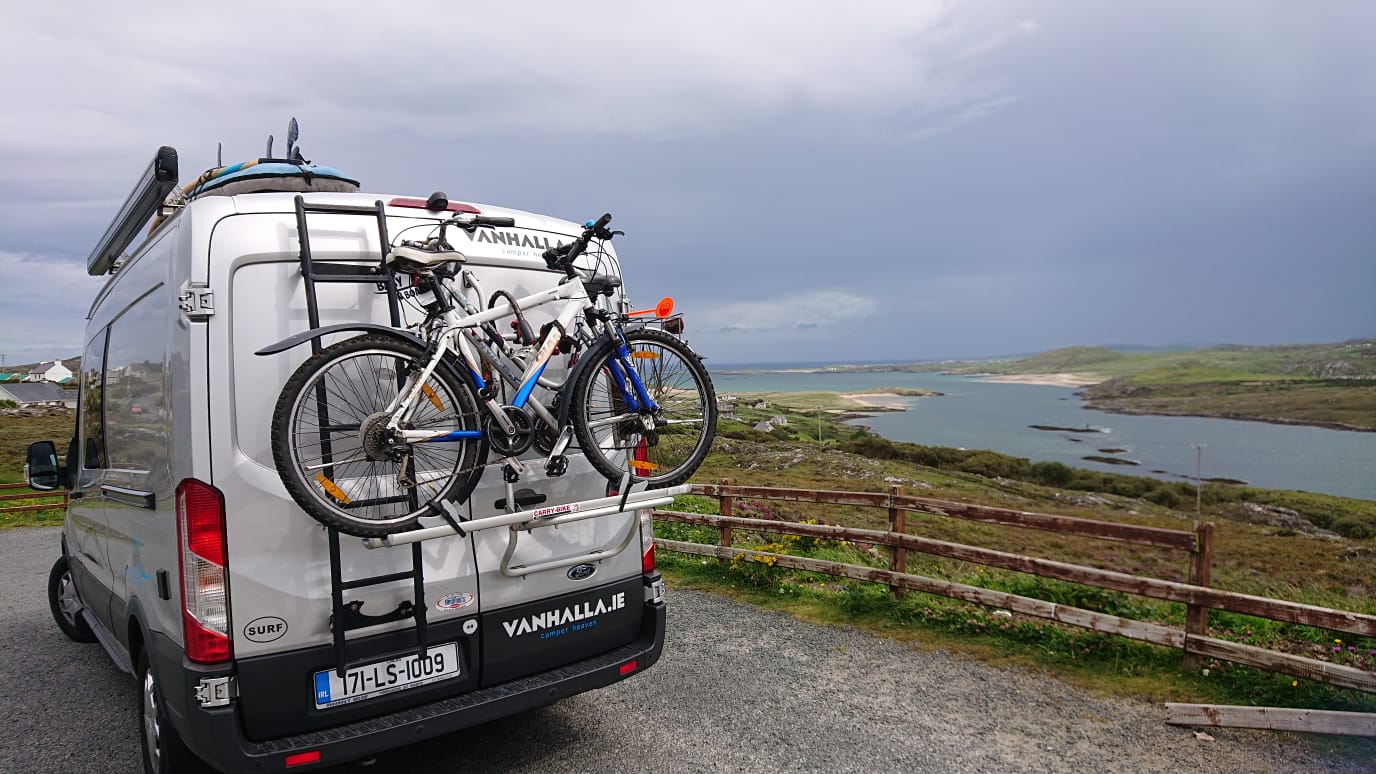 #Staycation2020 is certainly not the norm, but it has exposed the big white lie at the heart of many of our most popular resorts and destinations, the shortcomings and glaring lack of amenities and basic facilities within the Irish tourism offering.

The Wild Atlantic Way will have to be more than just a clever marketing slogan, with rusty signs and viewing points for Instagram opportunities if the indigenous tourism sector is going to retain its customers and reputation in the years ahead.

As the man said, ‘It’s a mighty fine place y’all got here, can’t wait to tell the folks back home…’ 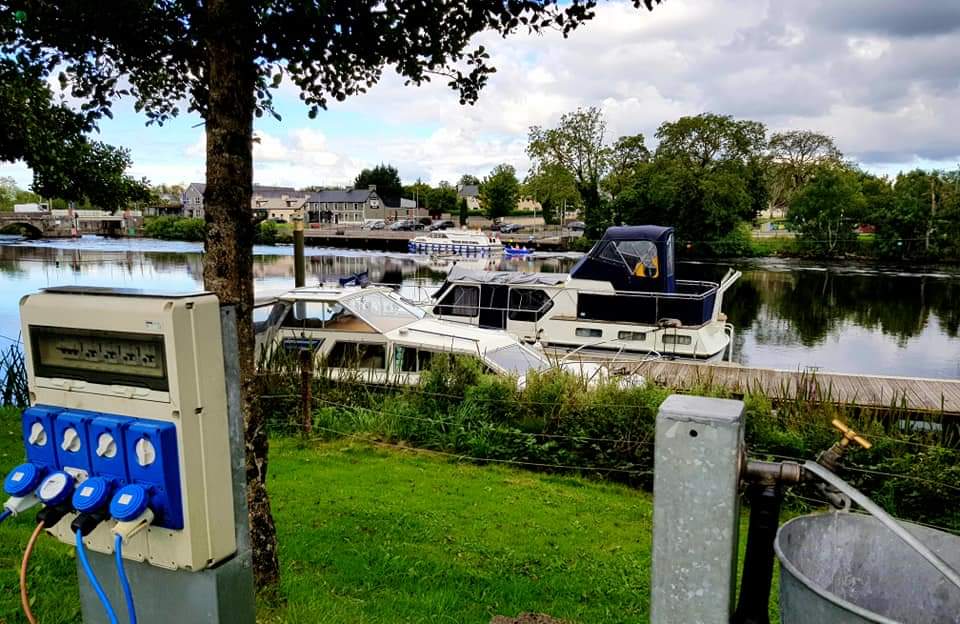 John Whelan is the author of the popular blog, Vanhalla – Camper Heaven www.vanhalla.ie

SEE ALSO – In Pictures: Students in high spirits as schools re-open around the county