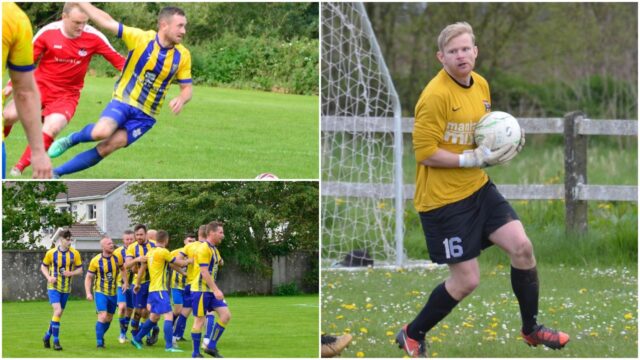 The quarter finals of the John Farrell Combined County Cups were played yesterday and there was added Laois interest as Towerhill Rovers and Mountmellick United recorded impressive wins to march into the semi finals.

Both sides have been kept apart in the subsequent semi final draw. Towerhill will play Temple Villa while Mountmellick will face Birr Town.

Below are reports from both games:

Towerhill welcomed Tullamore to Portlaoise yesterday in what was a cagey affair. Towerhill started the game well spraying the ball across the middle but lacked creativity at times and struggled to break down the Tullamore defence.

Tullamore then got on top and created the first real chance with a dangerous cross that flew passed the back post.

The game then opened up, with Towerhill starting to dominate again and created a few chances before the break with Paul Sutton, Jo Jo Salmon and Kevin Phelan going close but it remained scoreless at the break.

Towerhill came out with renewed energy in the second half starting where they left off before the break. Paul Sutton came close with a header that beat the goal keeper but hit the cross bar. Towerhill weren’t making their domination pay as the game entered the final 15 minutes.

The breakthrough came in the 85th minute as Paul Sutton won the ball in midfield and drove past the defence and slotted it in to the back of the net to give Towerhill the lead.

Tullamore pushed for the equalizer but Towerhill hung on for a vital win.

Mountmellick created the shock of the round after dumping last year’s winners out of the cup.

Mountmellick started the game brightly and could of took the lead early on with chances from Darren Strong. The first one hit the post and the 2nd the Monksland keeper denied Strong with a great save.

Mountmellick were looking the better of the sides but couldn’t get the breakthrough with Monksland lucky to be level at the break.

Monksland got the first chance of the second half but Conor Comiskey was equal to their effort.

Mark Grennan had a chance which was well saved by the Monksland goalie, from the resulting corner Mountmellick made the breakthrough after a Mark Dowling cross finished into the net.

Soon after Mountmellick put the game to bed with Darren Strong doubling the lead and sending the holders crashing out of the cup.