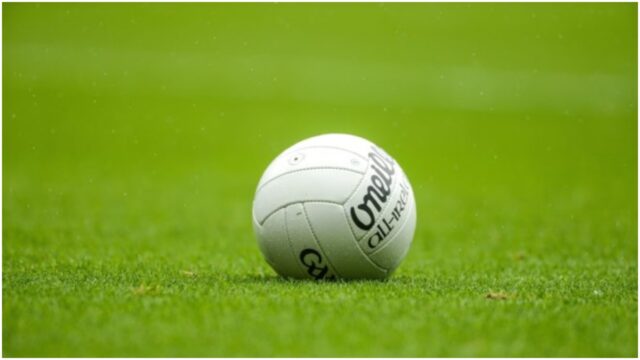 Kilcavan bounced back to winning ways with a hard fought victory over The Heath this evening.

Their win now means that they join Portarlington at the top of the group on two points. The Heath must defeat Portarlington in their next game to give them a chance at progressing as it would come down to points difference.

Scores were at a premium in the first half as both teams wasted possession up front with both defences on top.

Kilcavan opened up the scoring with a classy point from Oliver Dixon. Soon after Kilcavan doubled their lead with Evan Hunt scoring from close range.

The Heath then came into the game but were very wasteful in attack kicking three wides and lacked cohesion up front and lacked penetration at times.

Kilcavan scored the next point just before the water break to lead by three points. After the break the brilliant Dixon scored his second of the night and it looked like the game was getting away from The Heath.

It took The Heath until the 26th minute to get on the score-sheet with Jack Reddy opening their account.

Daniel Hennessy and Ronan Gorry exchanged points before the break with Kilcavan going into the break leading 0-5 to 0-2.

After the break The Heath needed a good start but it never materialised as Kilcavan got the first two scores with a free from Darragh McEvoy and Gorry got his second of the night.

The Heath subs Shane Carroll who has returned from his travels and Jake Rathcliffe who were brought on at halftime combined for The Heath’s next score as Rathcliffe slotted over a free.

The game then opened up after with that score as Kilcavan had the first chance of a goal but was saved by Billy Hennessey.

The Heath then started to go direct and Shane Carroll was hauled down in the penalty area with The Heath earning a penalty.

Aaron Thornton stepped up but was denied by the foot of Stephen Hunt and the defence cleared it away.

Shane Booth added a point before the second water break to leave three points in it. Eoin Delaney was introduced as a sub and quicky added a point and now it was game on.

From the kick out midfielder Barry Mangan won important possession ending with Rory O’ Connell scoring to put the lead back to three.

Eoin Delaney scored another point but the excellent Dixon scored the insurance point from a free before Rathcliffe added the last point of the game.

Kilcavan saw out injury time to record a vital win.