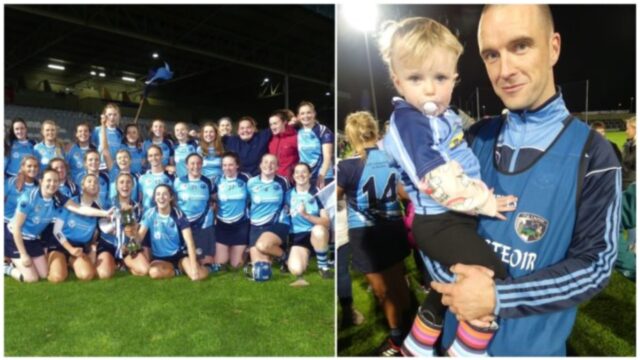 There has been a big push over the last year with the 20×20 initiative to try and change the level of coverage that women’s sport receives.

Dermot McGill from Ballyfin has been manager of the O’Moore’s camogie team for the past number of years and has seen at first hand the level of dedication that his players put into the sport.

And he knows too how important it is for women’s sports to receive greater coverage, recognition and status.

He joined the LaoisToday Talking Sport Podcast recently and spoke about the improvements needed for the coverage of women’s sport.

McGill accepts that there have been strides made in Laois this year from the LGFA and Laois Camogie end of things.

He said: “In fairness to the LGFA they seem to be more proactive this year on their social media sites. As well as that, for the first time in years, the two bodies sat down at the start of the year and formulated the fixtures.

“In years gone by Sarsfields could be playing a match one night and O’Moore’s the night after – that’s the way it was. There was never consideration for player welfare either, so the LGFA have definitely improved.”

On the camogie side of things, ahead of the senior camogie final on Saturday where O’Moore’s take on St Brigid’s in O’Moore Park, McGill was full of praise for his players and admitted with the 20×20 initiative things have definitely improved in recent years.

He said: “The work my girls put in fairness to them (is immense). We have a panel of 28 the other night and 21 of these girls are dual players from Sarsfields, Ballyfin and Clonaslee.

“You know with the initiative this year has improved the coverage somewhat, there is a couple Twitter pages which is good.”

McGill then went onto to praise what it is happening at inter county level with camogie and ladies football and reckons it just needs a final push to get it recognised.

“At inter county level in both codes there has been a massive push, it is basics again like. Getting news, getting the fixtures out there and getting girls participating.

“It is about getting it recognised as an equal sport. The girls I’ve had for five years have put in as much and more effort than any lads team I’ve been involved in. It has improved over the years.”