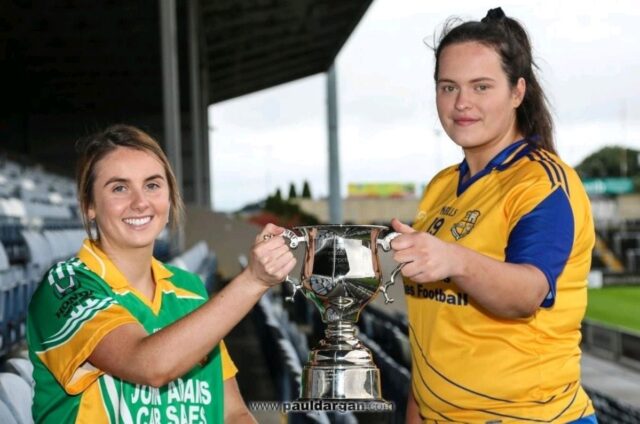 It was a comprehensive win for the victors who led from the off and did most of the damage in the first half – with forward Rachel O’Connell on form as she kicked half of their total.

They will now face either Ballyroan or Shanahoe in the final – they meet in the other semi final tomorrow night.

Rachel O’Connell and Caomhe Lalor got Ratheniska off to a great start with a point each. But Niamh Crosby quickly replied with a point of her own. However, Ratheniska began to dominate the midfield battle and won many of Joseph’s kickouts to help them build on their lead.

O’Connell kicked four points in a row while Caitriona Fogarty and Anna Healy added their names on the score sheet with a point each. Ratheniska continued to look threatening and had many goal chances as the half continued. St Joseph’s kicked a few wides in this period which allowed Ratheniska to maintain their lead – 0-8 to 0-1.

With five minutes left in the half, Ratheniska had a brilliant goal chance. Anna Healy drove through the St Josephs defence which allowed Ailbhe Griffin to peal off her marker. Healy then found Griffin in space and her effort at goal just flashed over the bar.

St Joseph’s continued to battle with Ratheniska and finally were rewarded with a point from Niamh Crosby which was their first score for 25 minutes. St Joseph’s began to put great pressure on Ratheniska which resulted in a goal.

St Joseph’s won a Ratheniska kickout and from inside the 45, Aoife Kealy spotted goalkeeper Emma Greene off her line and she looped the ball over the keeper’s head and into the back of the net. Nevertheless, Ratheniska still led at half time – 0-11 to 1-2.

The second half saw very little scores as both defences became very resolute. O’Connell and Anna Johnson swapped points in the opening stages of the half. Elaine and Aoife Daly linked up to extend Ratheniska’s lead further.

As the clocked ticked down Ratheniska were able to see the game out quite comfortably  as St Joseph’s failed to cut the deficit.