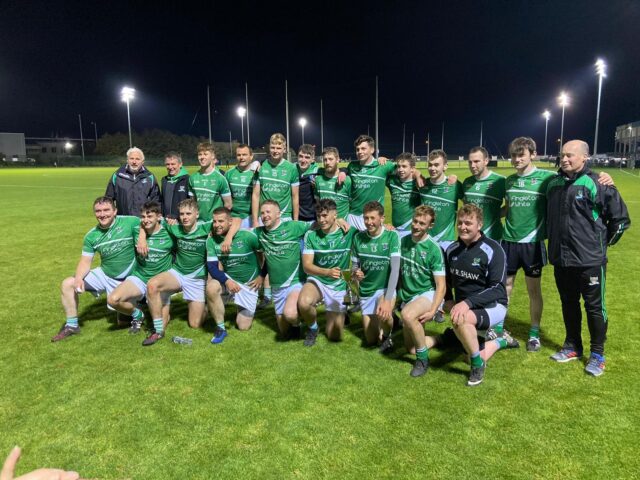 A goal four minuutes into injury helped Rosenallis to a thrilling win over Clough-Ballacolla in the Laois JHC ‘C’ final this evening in the LOETB Centre of Excellence.

Trailing by two points with the game deep in stoppage time, Rosenallis won a close-in free that they brought goalkeeper Pierce Kelly up to take. His powerful effort was blocked and went out for a ’65 which Enda McEvoy dropped in around the square only to see it go all the way to the net.

There was time for one last Clough-Ballacolla puckout but they couldn’t muster an attack and the final whistle triggered joyous scenes for a Rosenallis club who are getting well used to success in both codes and multiple grades.

For this particular team, however, they have been knocking on the door for the past couple of seasons and this was third final appearance in this grade in four years.

And it marked their second county final win on successive nights, having claimed minor ‘B’ football glory on Thursday night.

This was a keenly contested battle from the start but you had to feel for Clough-Ballacolla at the final whistle.

Apart from one brief spell in the first half, they had led for the vast majority of the game. And they were five points up with seven minutes of normal time to go when Pat McEvoy got a touch to a long delivery for the game’s first goal. 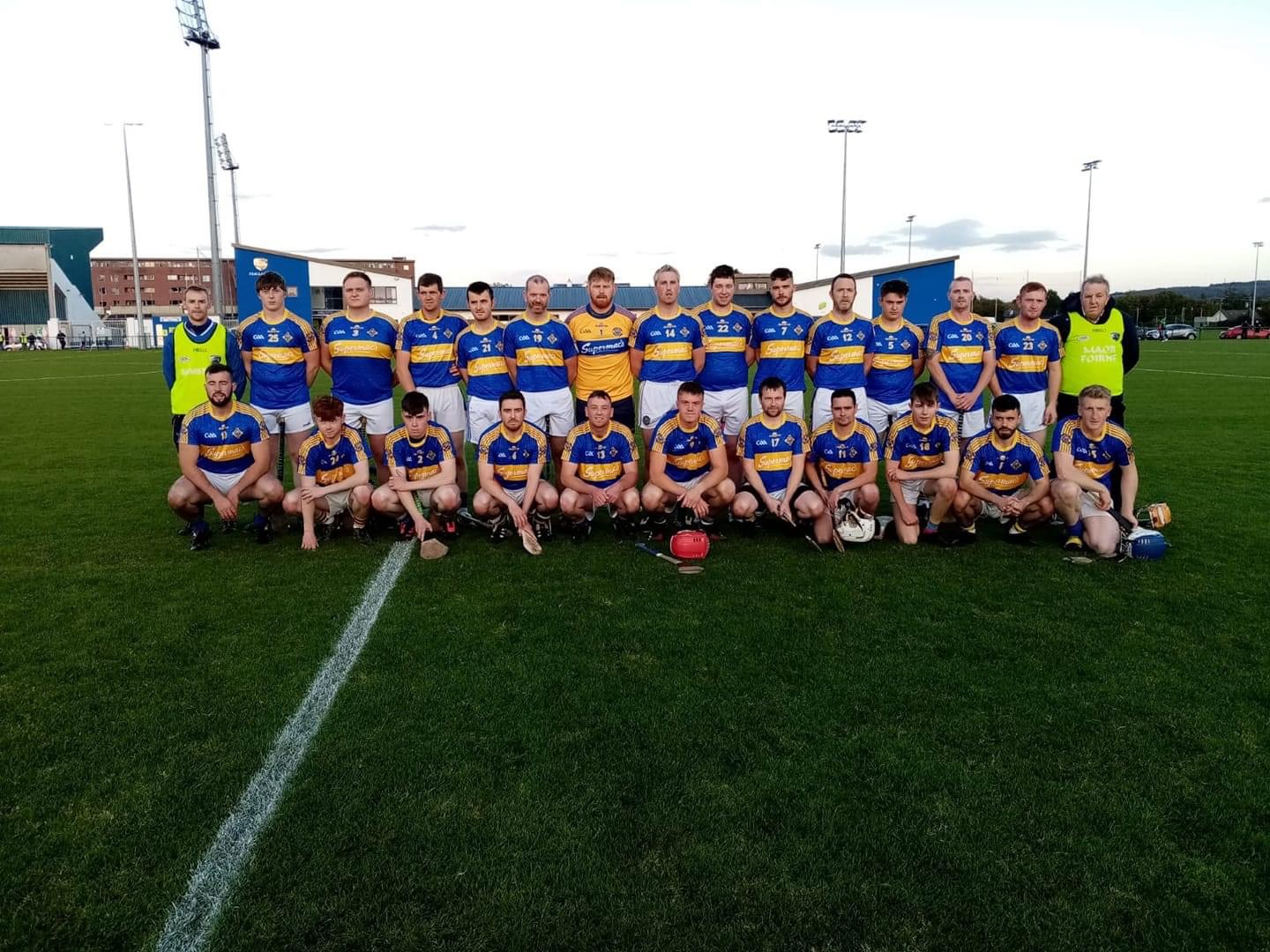 But Rosenallis just don’t know how to give up and they outscored Clough-Ballacolla by 1-4 to 0-1 from there to the finish.

Ken Phelan got the first of his three points early on to put Ballacolla into the lead though points from Sean Dunne and Daragh McEvoy helped Rosenallis to a 0-2 to 0-1 lead at the game’s first water break.

Two points from James Maher nudged Clough-Ballacolla ahead and though Joey Shelly scored an excellent after a great run, Ken Phelan and a ’65 from James Maher put two points between the sides for the first time.

Walter Murphy pulled one back for Rosenallis a long-range point from centre-back Ciaran Ryan and another from Pat McEvoy had Clough-Ballacolla 0-7 to 0-4 up at the break.

Sean Dunne and a free from Enda McEvoy had the gap back to one early in the second half but a lovely point from Ben Delaney was Ballacolla’s response only for another free from McEvoy leave just one it at the second water break.

In a low-scoring game, a goal was always likely to be crucial and when Pat McEvoy found the back of the net after James Maher had got his fourth point, Ballacolla led 1-9 to 0-7. Surely that would be enough? 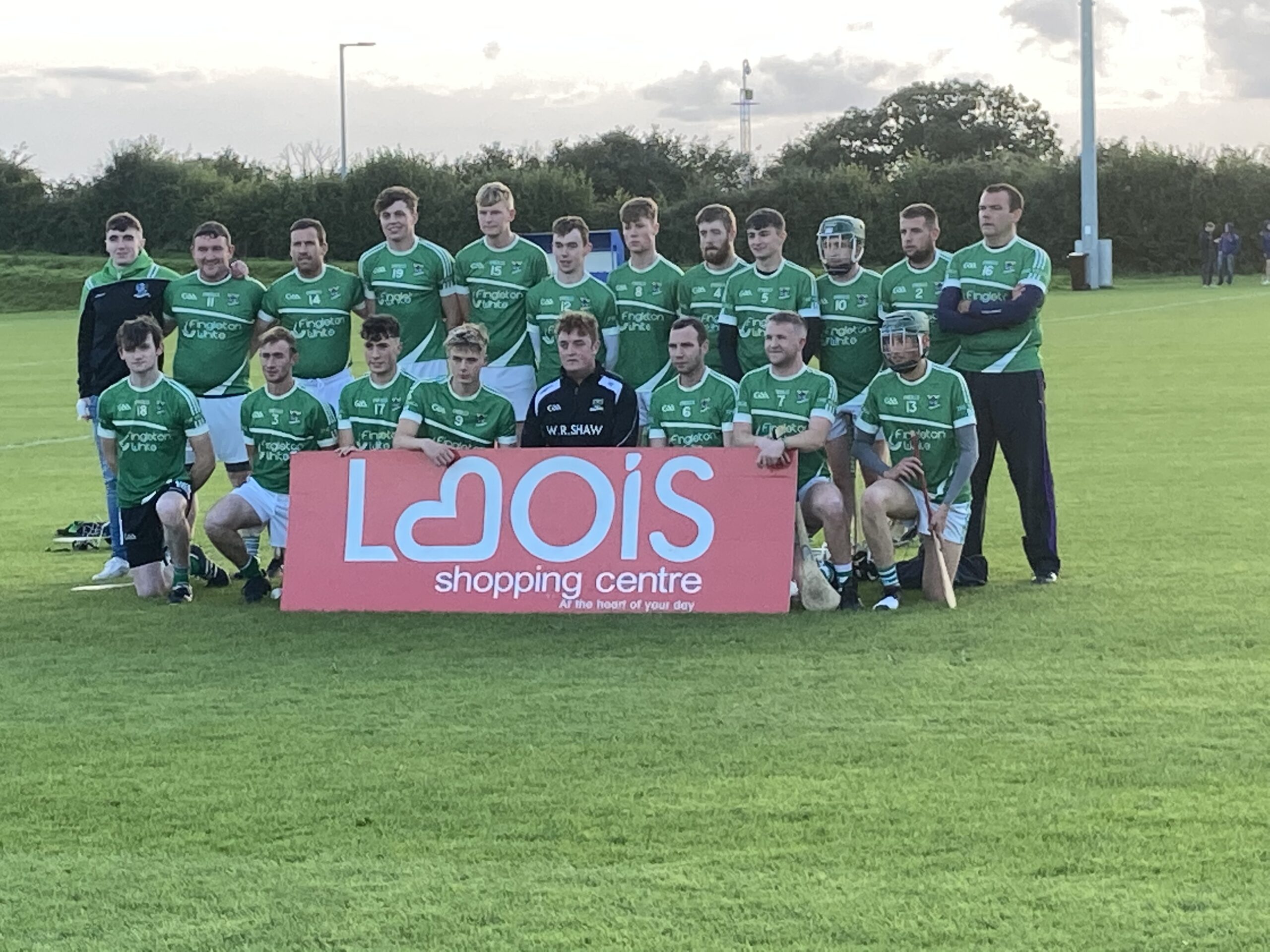 But no. Enda McEvoy pointed a ’65 and Walter Murphy and the livewire Joey Shelly pointed from play. Ken Phelan hit back to restore the three-point lead but there was still time for more drama.

McEvoy got a point from a ’65 and then struck for the match-winning goal.