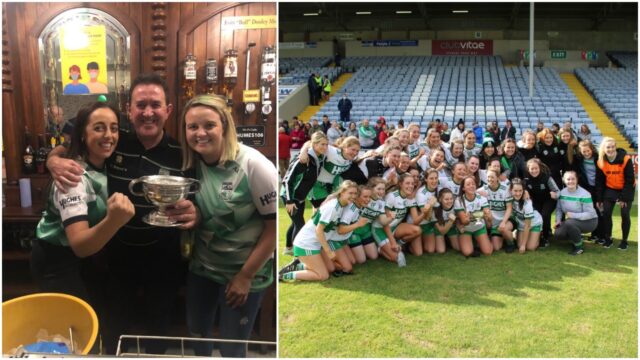 It was another huge weekend of GAA action in Laois with big games down for decision in both hurling and football.

Our latest Talking Sport Podcast begins with a review of the ladies football championship final.

It was history for Portlaoise as they claimed their first ever success at the senior ladies grade.

Alan Hartnett and Steven Miller are on again and they are joined by Ladies Player of the Match Aisling Kehoe.

She kicked 1-3 in the final as her side won by three points against the eight in a row chasing Sarsfields.

Aisling, who has been playing senior for 13 years, explains to the lads what finally getting that breakthrough win means, looks back on the game itself and also her hopes for the future.

After that, the two lads looks back on the minor ‘A’ and ‘B’ football championship finals and the intermediate football semi finals – where Steven got two predictions horrifically wrong.

Then the chat switches to hurling where the senior, premier intermediate and intermediate hurling semi finals are reviewed.