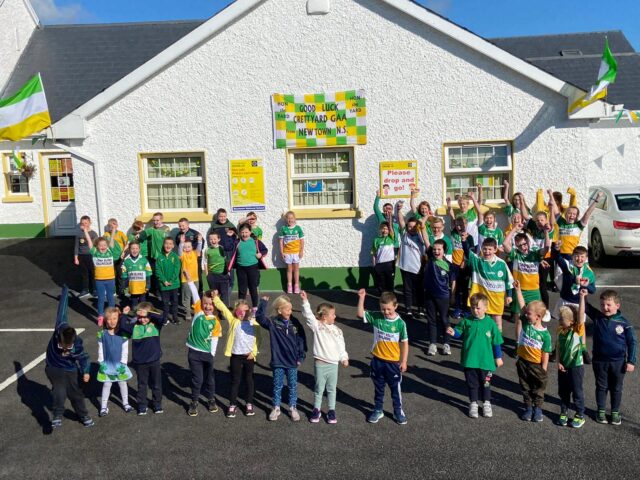 Winning a county championship semi-final on a Sunday and having the final six days later means it’s a tight squeeze to get flags and bunting organised.

But when it’s a club’s first final appearance in 15 years then there’s bound to be a huge level of excitement.

And that’s the case in Crettyard this week as they prepare for the intermediate football final against Clonaslee in MW Hire O’Moore Park on Saturday evening.

All week in the rural area in south Laois, the colours have been coming out and today in the local Newtown primary school, principal Kevin O’Gorman ensured all the pupils showed their support.

Kevin is a staunch GAA man himself but despite being a Portlaoise diehard, he put on the Crettyard colours for the day that was on it.

Captain Cormac Murphy is a past pupil as well as many of the other players while there’s huge family connections throughout the school.

On top of that, infants teacher Siobhan Nash is a sister of Crettyard player Michael.

The Newtown school, which has 51 students, backs on to the Crettyard pitch but it’s one of three schools connected to the club – Mayo and Ardough are also in the same Doonane parish.

Unfortunately, due to the Covid restrictions, most of the supporters won’t be able to go the game and will instead have to tune in on LaoisTV.

But they’ll be hoping that Crettyard can get the job done – and welcome the trophy into the school next week!

We have a selection of photos that were sent in to us – from the school, the club grounds and from people at home. 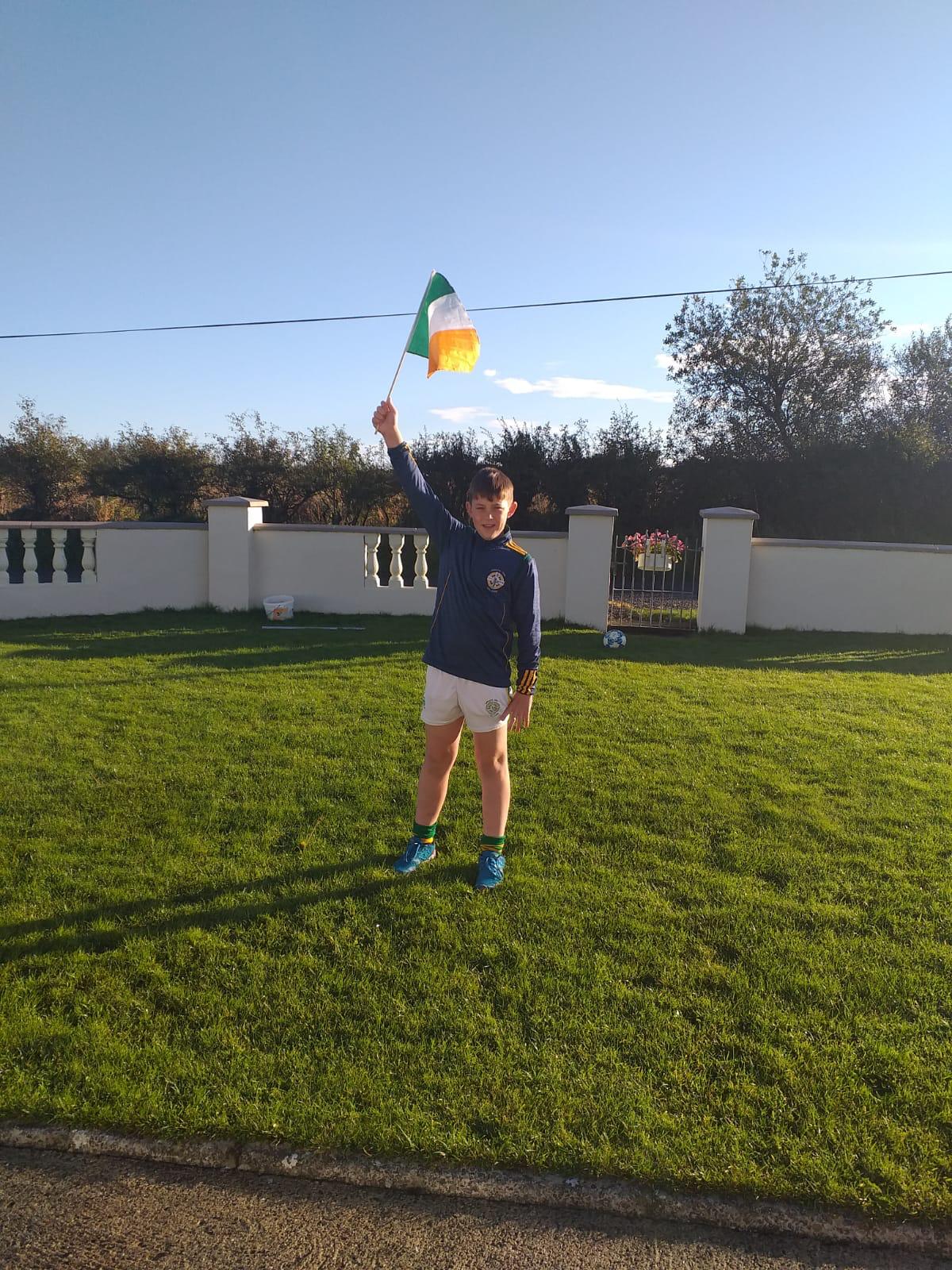 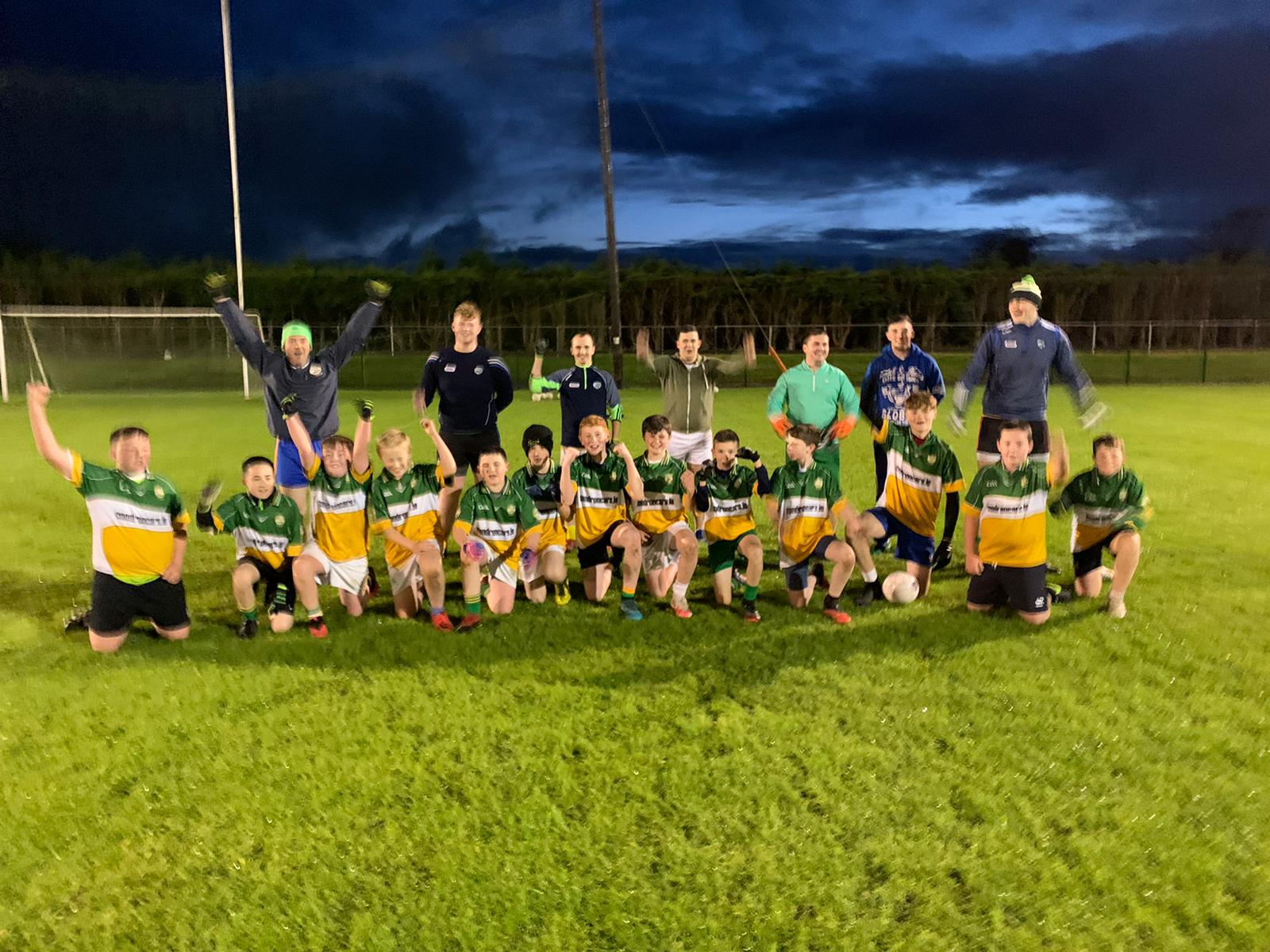