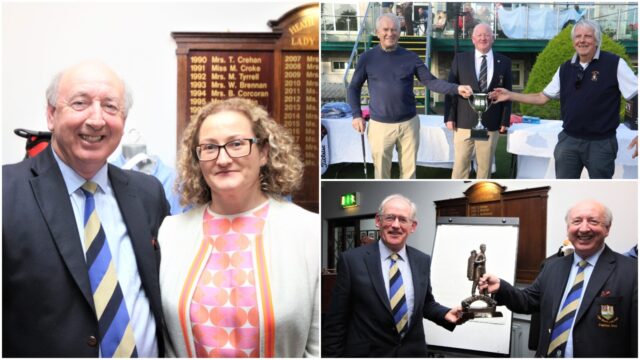 In Portarlington, the annual Scratch Cup took place with winners in the Minor, Junior and Intermediate category.

The team, managed by Ger Reid and Colm Murphy, won the final on Sunday October 4 in what was best described as atrocious conditions today in Carlow Golf Club.

Congratulations also to John Gordan who had a hole in one on the third.

This is a huge victory for both managers, players and subs involved throughout this 2020 campaign.

Life-long member Tom Tyrrell claimed glory by a single shot over Dominic Hartnett. This was a prize, he revealed afterwards, that had eluded him for over 50 years.

Check out recent results and pictures below: