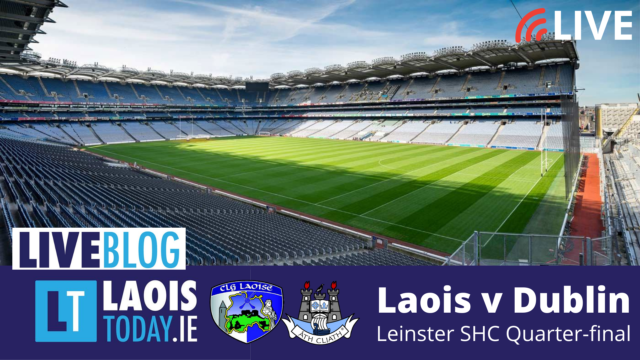 The Laois senior hurlers resume competitive inter-county action this evening as they face Dublin in Croke Park at 6pm.

There is also a return to the Laois colours in championship action for Sean Downey from Ballinakill, Clough-Ballacolla’s Stephen Maher and Rathdowney-Errill’s James Ryan, all of whom either missed last year’s championship campaign or the league earlier this season.

Lee Cleere also returns to the senior county team after missing all the league through sickness.

From the team that won last year’s Joe McDonagh Cup, there is the likes of Jack Kelly, Matthew Whelan and John Lennon don’t start while Eanna Lyons is recovering from injury, Joe Phelan opted off the panel at the start of 2020.

Cha Dwyer wasn’t recalled after initially opting to go travelling this year and not being called back in after the club campaign.

This will be Laois’s sixth time to play Dublin under Eddie Brennan – and while they lost five of those, they won the only championship encounter between the teams.

In a stunning game last summer, Laois won 1-22 to 0-23 to seal a first All-Ireland quarter final place in 40 years.

Dublin are still the hottest of 1/8 favourites with Laois 6/1 and the draw at 14/1. Dublin are -7 on the handicap betting.