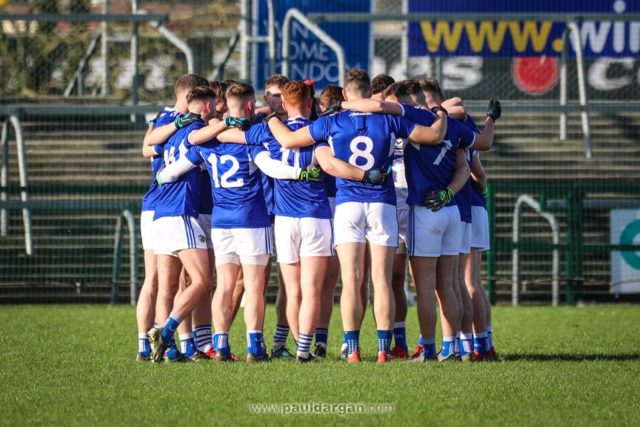 From the dramatic win over Fermanagh two weeks ago, the manager makes two changes – one of which is enforced.

Captain Kieran Lillis is suspended and his absence sees Danny O’Reilly move to midfield where he will be partnered by John O’Loughlin who has recovered from the injury that saw him come off against the Ulster men.

That means Eoin Lowry has moved to wing forward with O’Dempsey’s Mark Barry coming into the team at centre forward.

The second change is in defence where Stradbally’s Eoin Buggie comes into the team at wing back with Ballylinan’s Alan Farrell dropping out of the side.

The full back line is an all-Graiguecullen affair where Trevor Collins and Mark Timmons are joined by Brian Byrne – who is one of three championship debutantes.

The second is goalkeeper Niall Corbet who becomes the first Clonaslee player since Darren Rooney in 2009 to play championship football for Laois.

While the third player to make his debut is Seamus Lacey from Ballylinan who’s dad Eamon also played for Laois – making them one of the rare number of father and son duos to have represented the county.

And in a first for Laois, manager Quirke has also elected to name his substitutes which are a mix of youth and experience – but do not include Colm Begley or Sean Moore who are injured.

The winners will face either Dublin or Westmeath in the Leinster semi final while the losers are finished for the season.