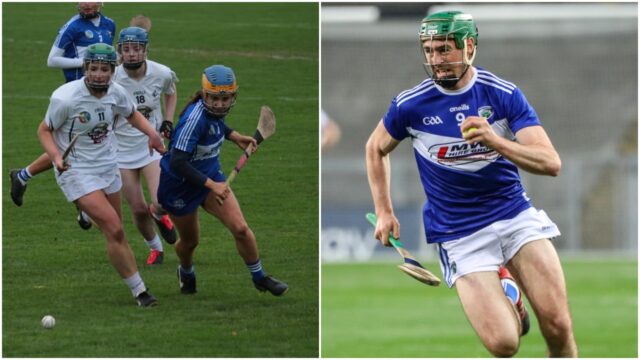 It’s another busy day for Laois GAA with the county’s hurling and camogie teams both in championship action.

It’s straight knockout for the hurlers, who make the trip to Kilkenny to play Clare in Round 1 of the All-Ireland Hurling Qualifiers.

While the camogie team are also on the road as they head for Ashbourne to take on Down in Round 2 of the All Ireland intermediate championship.

We look ahead to both games here.

The game is at 1.15pm in Kilkenny’s Nowlan Park – though there’s no supporters allowed to attend so planning your journey isn’t an issue.

How can I watch it?

You can watch it here live and in full on the GAA GO website where it’ll cost you €5.

As well as that the LaoisToday Live Blog will be bringing you updates and observations from 1pm from Kilkenny while Midlands 103, with Jack Nolan and Enda Lyons, will be providing live commentary. There will also be updates on RTE Radio.

What way are Laois shaping up?

Laois, like Clare, have only had one game to date and they were well beaten by Dublin the last time we saw them.

Mattie Kenny’s Dublin put 2-31 on them as they bowed out of the Leinster championship at the quarter final stage.

Back in the earlier part of the year, Laois were probably going a little bit better than they are now.

A win over Carlow secured their Division 1 status and when Laois met Clare in the league, they lost 0-17 to 0-9 in freezing conditions.

How are Clare going and what were they like the last couple of years?

It is now seven years since Clare won the All-Ireland and they look as far away as ever from that now.

They allowed Limerick to score 36 points against them in the Munster quarter final – losing by ten in the end.

But they did have a good league up to March and actually finished top of the group that also contained Laois.

What Clare player should we watch out for?

Well they have quite a few to be honest but the most obvious is Tony Kelly.

Clare scored 1-23 in their defeat against Limerick and he amassed 17 points of that total – eight of that from play.

He oozes class and will take serious curtailing if Laois are to have any chance.

This is the sixth time that Laois have played Clare in the championship and according to our friends at Laois GAA Bible – the hurlers have never beaten The Banner.

The most recent championship meeting between the two came in 2016 when Clare absolutely massacred Laois in Ennis.

Just Enda Rowland, Ryan Mullaney, Paddy Purcell and Willie Dunphy, who started that day, are due to start again today.

What are the teams?

Laois lost heavily to Dublin in their Leinster quarter final two weeks ago and have been forced into two changes.

Ronan Broderick (knee) and James Ryan (thumb) both suffered injuries in that defeat and are out.

They have been replaced by Jack Kelly and Mark Kavanagh.

Clare have made four changes to the side who were beaten by Limerick.

They are replaced by Paul Flanagan, Aidan McCarthy, Colin Guilfoyle and Aaron Shanagha.

Waterford man Thomas Walsh is in charge of this one and it will be his first time to officiate Laois.

Clare are the 1/20 favourites with Laois at 9/1 and the draw at 25/1. If it’s a draw after normal time then two 10-minute periods of extra time will be played. If it’s still level then it’s on to a penalty shootout.

Laois v Down – All Ireland Intermediate Camogie Round 2

It’s in Ashbourne at 2pm, though like all games at the moment it’s completely behind closed doors so supporters can’t attend.

Can I watch it online?

The game is being streamed live on the Camogie Association Facebook page which you can find here. It’s free of charge. We’ll also be providing updates on our Live Blog.

Down will prove extremely strong competition for Laois. They were 2018 finalists in the All-Ireland intermediate championship, just losing out to Cork by 1-13 to nine points in Croke Park.

What happened when the sides last met?

This is the fourth year in a row that Laois will meet Down in the All-Ireland camogie championship.

What way does this competition work?

Laois will face Down in Round 2 Winners Section with the victor of that game going straight into the All-Ireland semi finals.

But the loser will not be eliminated and will instead play a quarter final against the winner of the game between Carlow and Kerry.

A full explanation of how the competition works can be found here.