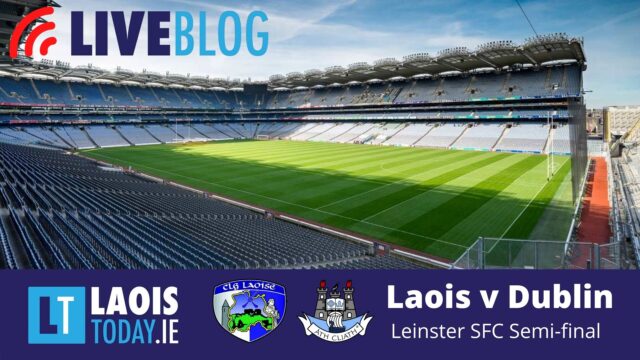 The Laois and Dublin footballers meet in Croke Park this afternoon in the semi-final of the Leinster championship – with Laois seeking to cause one of the greatest shocks of all time and reach a second provincial final in three years.

Five-in-a-row All Ireland champions Dublin, however, are the hottest of favourites and tipped by the bookies to win by at least 16 points.

Dublin have won the last eight meetings between the counties with Laois’s last success in the 2003 semi-final.

Laois show three changes from the side that edged past Longford last weekend with Sean O’Flynn, Paddy O’Sullivan and Kieran Lillis coming in for Séamus Lacey, Mark Barry and Eoin Lowry.

Dublin are unchanged from the side that beat Westmeath 0-22 to 0-11 last weekend.

As with all games in this COVID-dominated championship, no spectators are allowed to attend.

So Croke Park is a surreal place today with only the players, officials and media in the ground.

Jones Road was eerily quiet as we made our way in.

A final place against Meath await the winners.