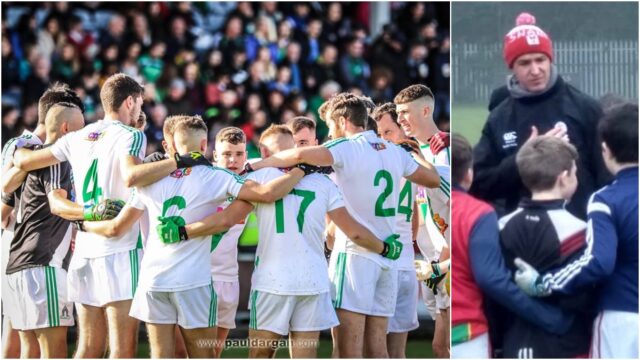 The Killeshin footballers will have a new man at the helm for the 2021 season.

They have appointed former Eire Og and Carlow footballer Christy Bolger to the role to replace Karol O’Dwyer who had been over them in 2020.

Bolger, who won senior club titles with Eire Og, is the current Carlow minor manager and will actually come against Laois in the Leinster championship next week.

He has also been involved with teams in IT Carlow.

Killeshin were narrowly beaten by O’Dempsey’s in Round 3 of this year’s championship. They had earlier been beaten by Emo in their opening game before bouncing back well with a win over Courtwood.

Killeshin reached the 2019 final under manager Maurice Browne for the first time in their history but Browne subsequently took up a selector’s role with Laois and was replaced by former Kildare player Karol O’Dwyer.

They were dealt a blow for the 2020 season, however, when captain Stephen Attride opted to go travelling and their hopes were further dented when O’Dwyer couldn’t even attend their opening championship game against Emo as he lived in Kildare which was then subject to a localised lockdown.

Key defender Shane Bolger also had to miss that game as he had returned from the UK and was completing his period of self isolation.

It remains to be seen what format the Laois GAA club season will take in 2021, though secretary Niall Handy has said that he is hopeful of the league games returning at the end of March.

The 2020 Laois SFC still remains to be finished out with Emo to meet Graiguecullen and Portarlington to play Ballyfin.

Laois GAA hope to play those games in January.

You can listen to the latest LaoisToday Talking Sport podcast on Apple Podcasts, Spotify or Podbean or below on Soundcloud.