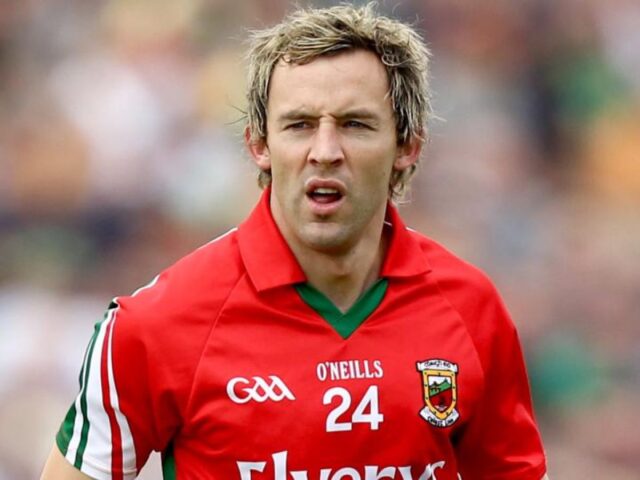 A former Mayo footballer has been named as the new manager of a GAA club on the Laois-Kildare border.

Conor Mortimer will take charge of Monasterevan for the 2021 season.

The club announced the news last night and he will manage their footballers next season.

Monasterevan will once again ply their trade at intermediate level in Kildare in 2021 after they were relegated from the senior championship this year.

Defeats to Athy, Clane and Castledermot sent them to a relegation semi final where they lost to Confey.

That meant the 2019 intermediate champions had to get the better of Maynooth in the relegation decider to stay up but they went down on a scoreline of 2-11 to 1-10.

Mortimer played senior football for Mayo from 2000 to 2012 and won four Connacht titles.

Mortimer was a member of the 2004 and 2006 Mayo teams, both of which lost to Kerry in the All-Ireland Final.

In 2006, Mortimer was the top scorer in the All-Ireland Senior Football Championship, with 1-32, as Mayo took the Connacht title, came from behind to beat Dublin in the semi-final but were ultimately beaten by Kerry.

Rewarding his great year, Mortimer was selected in the 2006 GAA Football All Stars and the GPA Gaelic Team of the Year.