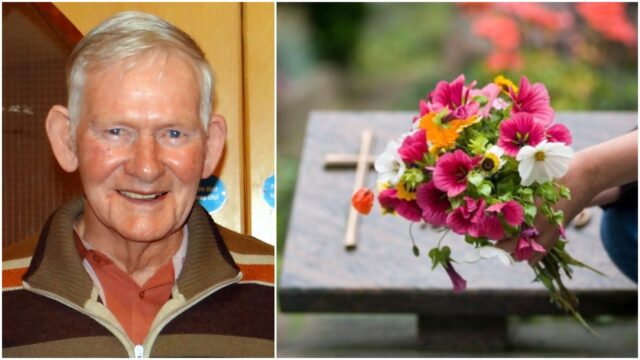 There is deep sadness in Portlaoise this week following the passing of PJ Nealon.

Mr Nealon, who was originally from Janesboro, Limerick, passed away peacefully at the Midlands Regional Hospital in Portlaoise on Monday January 4.

He managed various teams in the 80s and 90s – as well as serving as secretary.

Mr Nealon, who worked in Avonmore, was also a very popular member of the Active Retirement Group.

Portlaoise GAA paid the following tribute to him: “Sad news with the passing of former secretary of Portlaoise GAA, PJ Nealon.

“PJ was also a mentor with various football and hurling teams in the 80s and 90s.

“He is the father of current secretary Malcolm and grandad to current hurlers Eoghan, Aidan and Colm.

“Our thoughts are with the Nealon family at this sad time.

Mr Nealon was the beloved husband of Trudy and dearly loved father to Malcolm and Nanette.

He was also cherished grandfather to Stephane, Eoghan, Aidan, Colm and Brian.

Due to current government advice regarding public gatherings, a private family funeral will take place, for family only, in St Peter and Paul’s Church on Wednesday at 12 noon.

The Mass can be viewed on the parish webcam.

May PJ Rest in Peace.

SEE ALSO – Laois Doctor on Covid-19 Vaccines: How they work and why they’re safe