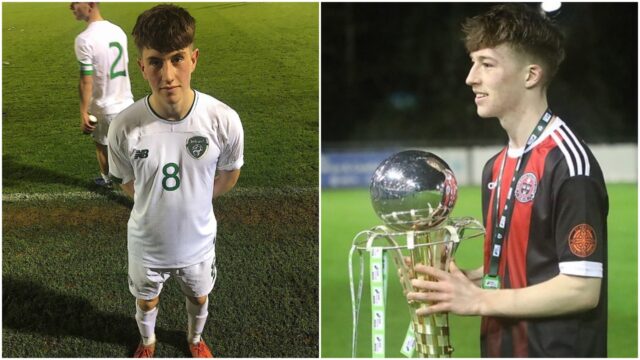 The latest LaoisToday Talking Sport Podcast is here – and once again, although there isn’t much going on on the field at the moment, there is plenty to talk about off it.

LaoisToday broke the news last week that Donie Kingston, among others, had opted to re-join the Laois senior football panel for 2021.

Steven and Alan reflect on this boost for Mike Quirke’s charges but ponder just when games will be allowed to resume.

The episode concludes with an interview involving two of Laois’s most promising young sportspeople.

Portlaoise teenagers Aaron Doran and Colin Conroy both play soccer for St Kevin’s Boys/Bohemians in the League of Ireland – something they have done for the last five years after switching from Portlaoise AFC.

The 17 year-olds won the U-17 League of Ireland title just before Christmas – defeating Shamrock Rovers in the final with both lads playing a starring role.

Aaron scored inside the first minute and set up Evan Fergusson for the second a short time after. While Colin, who has been capped for the Republic of Ireland from U-15 level upwards, was subsequently named Man of the Match.

The interview begins with some commentary from that final – which includes some very high praise for both lads from League of Ireland legend Conan Byrne – and then Aaron and Colin will tell Alan all about their journey so far.