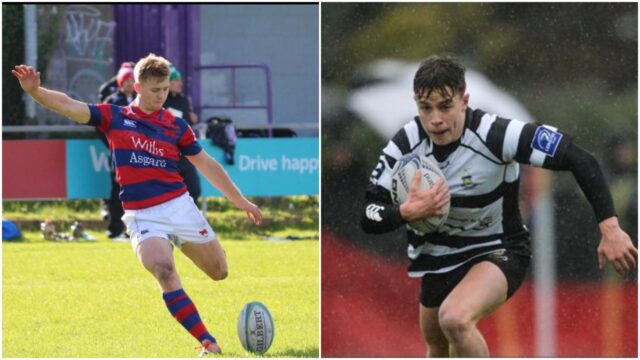 After a one week break, we’re back with the latest instalment of the Talking Sport Podcast.

Host Alan Hartnett is joined by Steven Miller where they look back at all the GAA news from the last week.

The pair reflect on new managerial appointments in Laois at club and inter-county level – as well as a Laois man who has scored a job in Limerick.

And then it is into this week’s interview – and this time we have two young Laois sports people from Portlaoise and Emo. Conor Kelly and Finbarr Crowley are both in their early 20s but they’ve already accomplished many things in their sporting careers.

Portlaoise’s Conor has excelled in the rugby sphere. After beginning his career with Portlaoise Rugby Club, Conor moved from the CBS to Cistercian Roscrea where his career took off.

A contract with the sub-Leinster academy followed and so too did underage caps with Ireland. He now plies his trade with Clontarf in the AIL and he talks about his journey so far and his hopes for the future.

Emo native Finbarr Crowley has dabbled in a range of different sports in his short career – reaching high levels in them all.

A former Portarlington rugby club man, Finbarr also attended Roscrea secondary school and most recently was playing for Lansdowne in the AIL.

But Crowley’s sporting adventures include a dalliance with athletics and an adventure with the Laois footballers that saw him play in a Leinster final, get dropped, and then come back again.

Steven also looks at all the active rugby players that the county has produced and ponders what a Laois Rugby team might look like if they all returned.