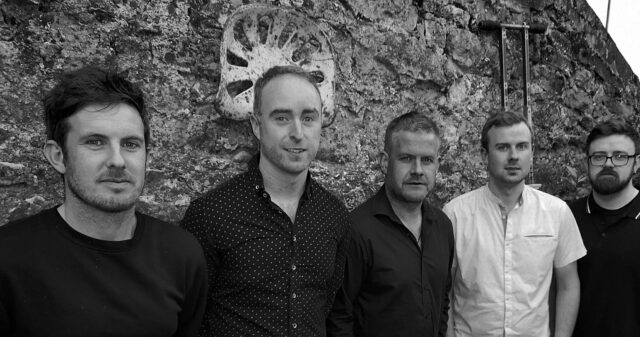 Two members of two Laois bands are set to appear on a popular RTE One TV show on Wednesday afternoon from 3.30pm.

James is one fifth of the band Drops of Green – which also includes Laois brothers Lee and Robbie Campion from Durrow.

While Jim is part of another Laois band called Abbeyfolk.

The Today Show features a ‘live from your place’ segment and the duo have been approached to appear this week.

They will have a chat about their bands and sing a song or two.

Brothers Lee and Robbie Campion from Drops of Green recently appeared on the LaoisToday Midweek Podcast with Paul Downey.

They told Paul how they are armed up with new instruments and raring to go whenever live music gets the green light again.

Lee said: “I think we’ll be a bit rusty when it gets going again, but after the first 20 minutes I’m sure we’ll be fine.

“I bought a bouzouki a couple of months ago and I think Robbie bought a didgeridoo there – but I don’t know what he’s going to do with it.

“The boys are just practicing away and it’s great, it kind of just freshen up a few songs that we have been doing over the years.

“But I’m looking forward to the first gig, I don’t know where it is or when it is, we haven’t took any bookings for this year yet. It’s just too hard because we had to cancel too many last year.”

For all that and a listen to Drops of Green’s new single ‘Carousel’, check out the full chat with the lads below.