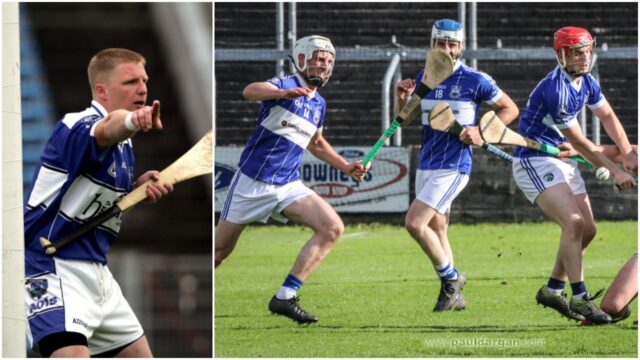 Former Laois goalkeeper Paddy Mullaney has been appointed as the new Castletown manager for the 2021 season.

The Castletown native took charge on a temporary basis in the middle of last season’s campaign.

Castletown had been under Martin Carey but the Kilkenny native departed midway through his second spell after two heavy group stage defeats to Abbeyleix and Rathdowney-Errill.

Castletown were already confirmed as being in the relegation final prior to their final group game against Clough-Ballacolla when Mullaney took charge.

They lost that game by 4-26 to 0-11 and looked odds on for relegation against a Ballinakill side who had lost to Borris-Kilcotton, drawn with Rosenallis and lost only narrowly to Camross in their group.

But Mullaney got his side to fire when it mattered and they managed to save themselves.

Tadhg Cuddy top scored on the night with 1-5 as Castletown ran out 1-16 to 1-15 winners to remain a senior team.

Mullaney has now been installed as the permanent boss and he will be assisted by Ger and Fionan Cuddy.