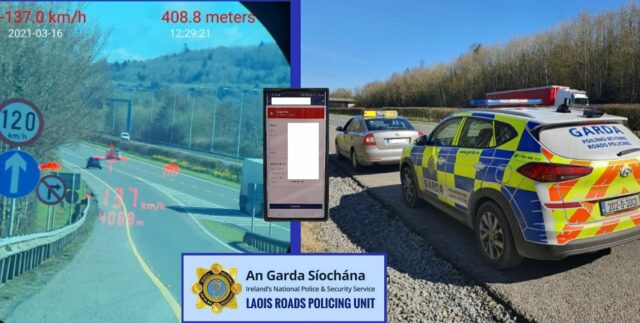 Laois Gardai have made two arrests and seized two vehicles after coming into contact with two disqualified drivers in recent days.

Laois Roads Policing Unit stopped a speeding taxi on the M7 on Tuesday morning and made an arrest.

They said: “A scan of the driver’s licence showed the driver to be Disqualified from Driving.

On Monday, an incident in Ballacolla led to another arrest.

Gardai said: “Laois Roads Policing Unit on patrol on Monday morning in Ballacolla were alerted to an untaxed vehicle by in car ANPR technology.

“When the vehicle was stopped the driver was discovered to be under the influence of an intoxicant and also driving while disqualified.

SEE ALSO – Laois Abroad: Mountmellick couple who swapped life in the town for skiing, kayaking and hiking in Canada