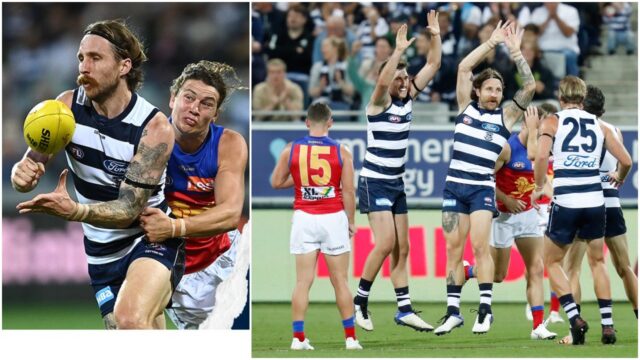 The AFL season is well underway now and so too is Laois native Zach Tuohy’s.

Injury kept the Portlaoise man out of the 2020 defeated finalists opening game but he returned in some style today as they edged out Brisbane Lions by one point.

After overcoming a aback injury, Tuohy shone and kicked two goals in the 81-80 victory.

There was late drama as the Lions missed a chance to win the game in the last 30 seconds as a holding-the-ball free kick wasn’t awarded.

And there was even more drama before the game as at one stage, it looked like it would be called off.

The match was thrown into chaos minutes before the opening bounce due to the Victorian government’s new guidelines for residents of Brisbane.

After Queensland Health announced a locally-acquired positive case in Brisbane, the Victorian authorities stated that anyone who had arrived in the state from Brisbane or the Moreton Bay region since March 12 would need to immediately self-isolate and undergo a COVID-19 test within 72 hours.

Fans were told to leave the ground just minutes before the start of the match and those who had arrived from Brisbane were instructed to get tested immediately.

But the match was allowed to go ahead – and just as well for Tuohy and co who got the opportunity to recover from last week’s defeat to Adelaide.

Geelong are at home in their next game against Hawthorn on Monday April 5.

You can check out one of Zach’s goals below: