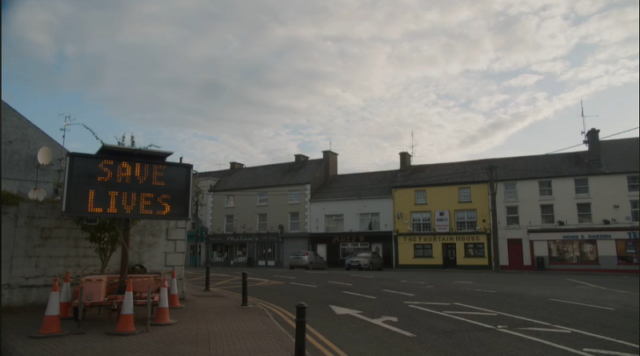 He joined Paul Downey on LaoisToday’s The Midweek Podcast and spoke about what it was like speaking with business owners during a pandemic and how difficult locals found it to deal with certain situations.

“It was a very frightening time. I was out of work and locked into a 2km zone and I had got sick aswell at the time,” he explained.

“I wanted to go out and I thought it was very important that I go out and document what was a very extraordinary time. It’s something we’ve never seen before and something we’ll hopefully never see again,” he added.

Maurice is a filmmaker and felt it was his duty to go out and talk to people. He told Paul how one main obstacles was the fact he didn’t know many people in Mountrath as he is originally from Kerry.

He started his connections with local business owners to find out how they were dealing with the current times but was surprised when the result proved to be a positive message as well as the importance of community, now more than ever.

He said: “It was a cathartic for me because if anything, it taught me to look at the smaller things in life and everything else will look after itself after that.”

“The sense of community here is so strong and they’re all here for eachother. So, it started out as something that I thought was going to be a dark project but ended as something that was full of hope,” Maurice assured.

The project brought Maurice into contact with business owners in the town that represent so many around the country who are facing difficult and heartbreaking times when trying to keep businesses a float.

Included in the documentary are local business owners such as Eddie Phelan of Phelan’s and Sinéad Hanlon of The Cosy Café among many others who remain both hardworking and as positive as they can.

Maurice O’Carroll hopes to release the documentary when restrictions are lifted in theatres, such as the Dunamaise Arts Centre, for the people of Laois to watch and enjoy.

Until then, you can watch the preview here.

You can listen to the podcast on Soundcloud or on Spotify or Apple Podcasts.