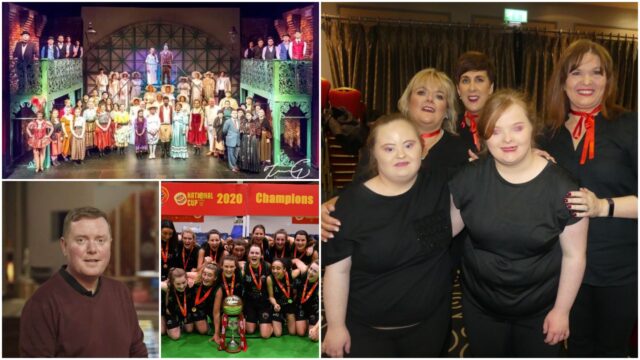 Laois’s newest mental health charity are putting together their first fundraiser – and it is already shaping up to be a very entertaining night.

SOSAD (Save Our Sons And Daughters) Ireland announced their intention to open a Laois branch back in February.

The service provides a free counselling and support service to people who are experiencing mental distress and those bereaved by suicide.

But to get up and running, they need funding and they have come up with the idea of a community variety show.

A date of June 6 has been set and so far, 10 acts have come forward to take part.

The very first fundraiser for SOSAD Laois, the voluntary mental health and suicide prevention charity soon to open a centre in Portlaoise, was organised by Portlaoise Superkids.

The local childcare centre based at Fairgreen, Portlaoise on the challenge last Friday where local children attending the centre held a Silly Day Colours of Your Personality to raise funds for the new centre with the total amount raised by the young kids over the last few days coming to €235.

Úna Doogue from the Laois Committee for SOSAD Laois said: “It’s only a few short months since I started discussions with SOSAD Ireland and asked them to bring their organisation to Laois to open a centre in Portlaoise town.

“I’m so thrilled that the youngest members of our county organised the very first fundraiser for this really important charity.

“They put on a wonderful display of song and dance as they learned about their feelings and expressing their emotions where at the end of their video they call out the adults from the county saying now it’s your turn to help.

“They also donated a number of teddy bears to local mental health campaigner Mark Condon who is an amazing warrior for mental health in Laois bringing his messages of hope and support around the county with his teddy bear campaign.”

Speaking about the upcoming variety show, Una said: “Plans for the SOSAD Laois virtual variety show are well under way with a number of acts lined up from around the county details of which will be announced very soon to be broadcast on 6 June throughout Laois with a host of celebrity judges with Laois connections.

“The event will be compered by the ever popular Christy Bannon from Portlaoise who has been doing amazing work around the clock with the rest of the members of the Laois Committee for SOSAD Laois to get the centre open as soon as possible.

“A building has been identified as the preferred location right in the heart of Portlaoise town centre.

“We are also delighted to announce that Laois Gaels has partnered with SOSAD Laois to help raise funds for the wider Laois community.

“Over the coming days and weeks we will be asking local businesses to sponsor an act for the show and for the people of Laois to kindly donate to groups taking part from their local area.

“It’s really important that the people of Laois get behind this charity and support it as much as they possibly can.

“We cannot stand idly by as we lose some of our younger people and our more mature friends from our towns and rural communities around Laois.

“This centre will be here to support anybody who feels the need to use the various services provided and again the message is that all money raised in Laois stays in Laois.”

Since a branch was established in Laois in February, a number of people have come forward to get involved.

Anyone interested in taking part can do so by contacting any of the above committee members or on the Facebook page.

SEE ALSO – First ever Technological University announced for the Midlands