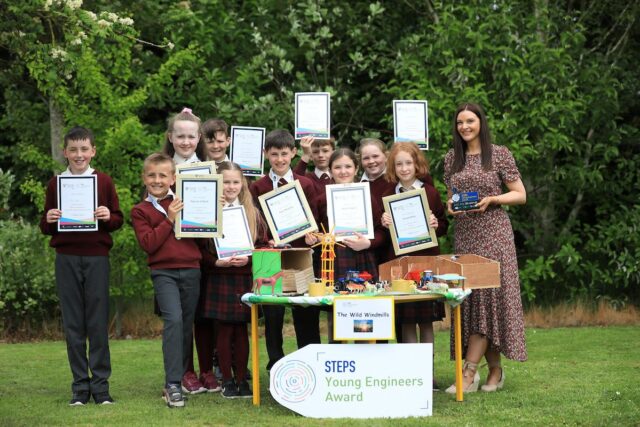 The ‘Windtastic Windmills’ team, made up of Rosie Rogers, Patrick O’Neill, Beckie Kennedy, Rían Murphy and Grace Kelly from third- and fourth-class at Arles National School, came up with their winning project idea having noticed how much hard work their parents and local farmers have to do on livestock farms.

The team set about developing a ‘Smart Windmill’ to heat water using green energy to help give farmers quick access to hot water to generate heat for heat mats, needed by new-born piglets, and for sterilisation of milking machines and bulk tanks.

By creating an efficient and sustainable hot water system, the students said that the project “will give farmers more free time to sleep and spend with their families.”

The Arles NS students faced stiff competition from 169 schools from across Ireland who submitted over 600 projects to this year’s STEPS Young Engineers Award, which is coordinated by Engineers Ireland’s STEPS programme – funded by Science Foundation Ireland, the Department of Education and Skills and industry leaders ARUP, ESB, Intel and Transport Infrastructure Ireland (TII).

The nationwide primary school competition encourages third- and fourth-class pupils and their teachers to explore the world of engineering by developing an engineering project that would help to improve their local community.

Caroline Spillane, Director General of Engineers Ireland, commented: “There was a high calibre of entries submitted by third- and fourth-class pupils to this year’s STEPS Young Engineers Award and we were so pleased to see such a high level of creative and innovative projects.

“It is my hope that each of the students who participated in this year’s STEPS Young Engineers Award thoroughly enjoyed this experience.

“I hope they will be encouraged to continue their exploration of the exciting world of engineering into the future and explore the limitless opportunities a career in the engineering sector can offer.”

Comedian and Durrow native Bernard O’Shea was on hand to present the winners with their awards. 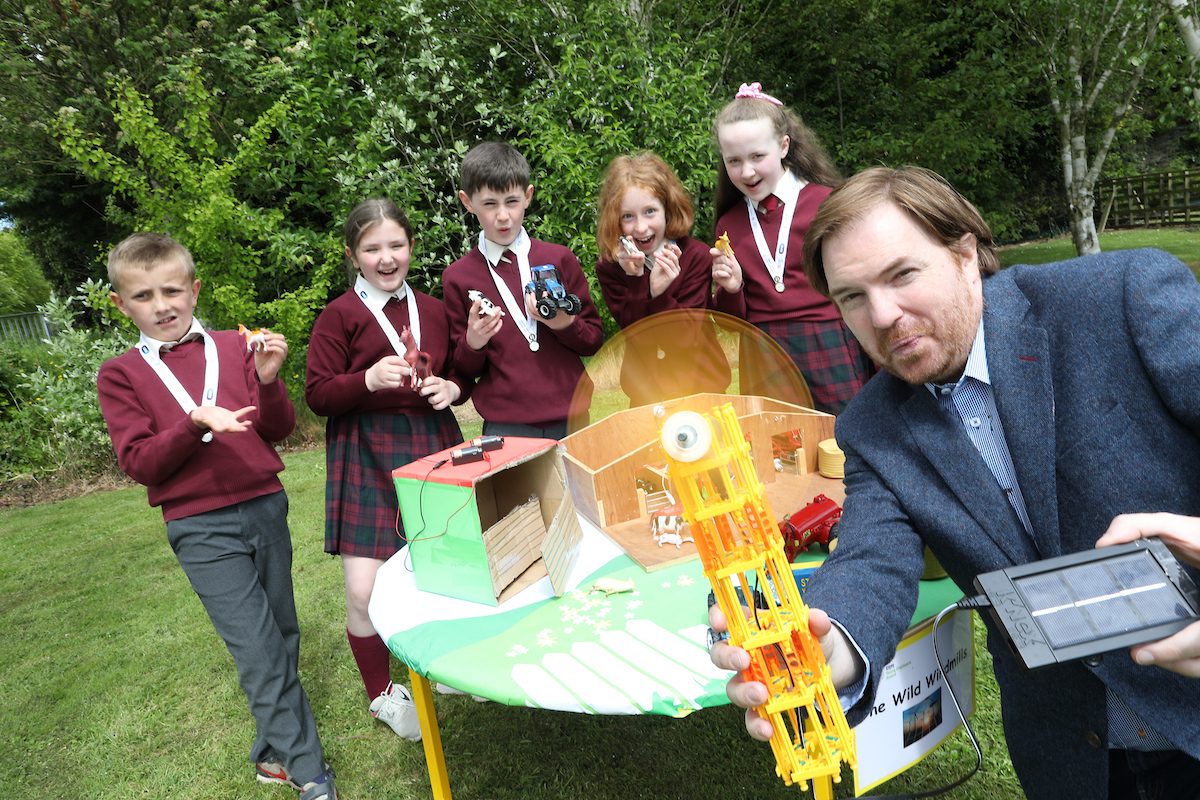 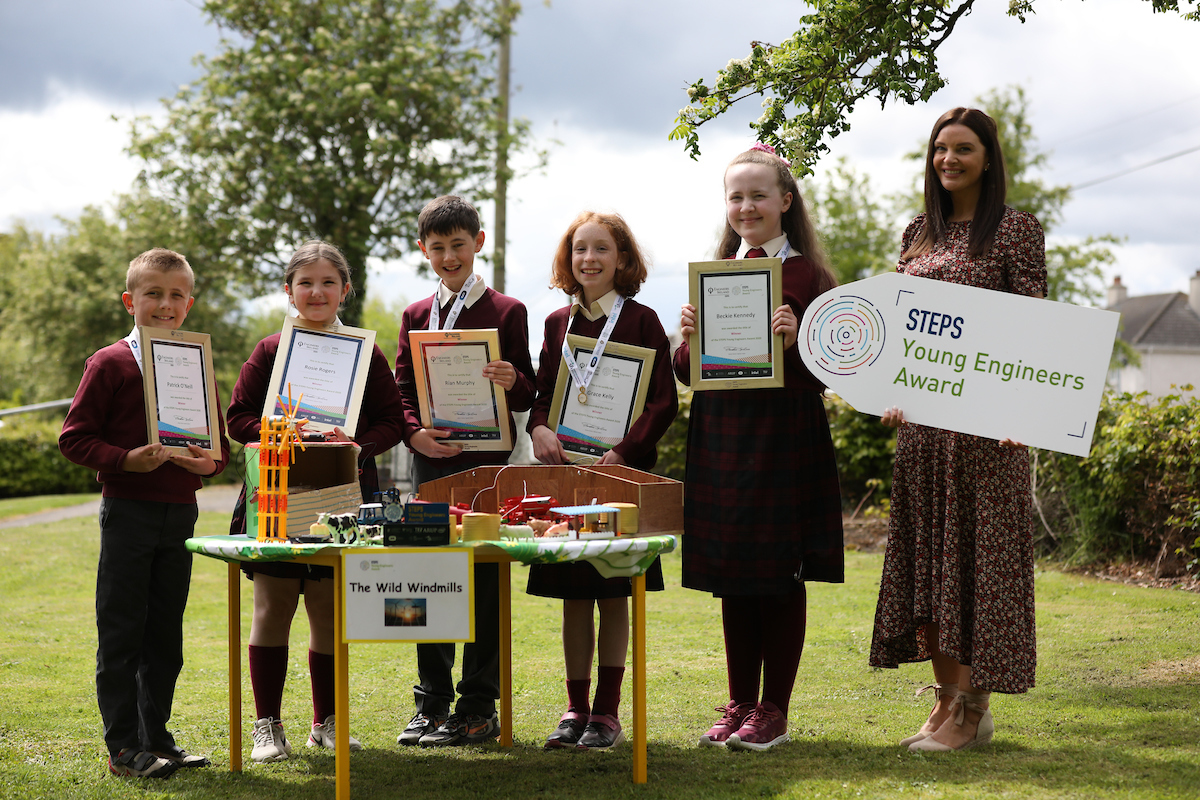 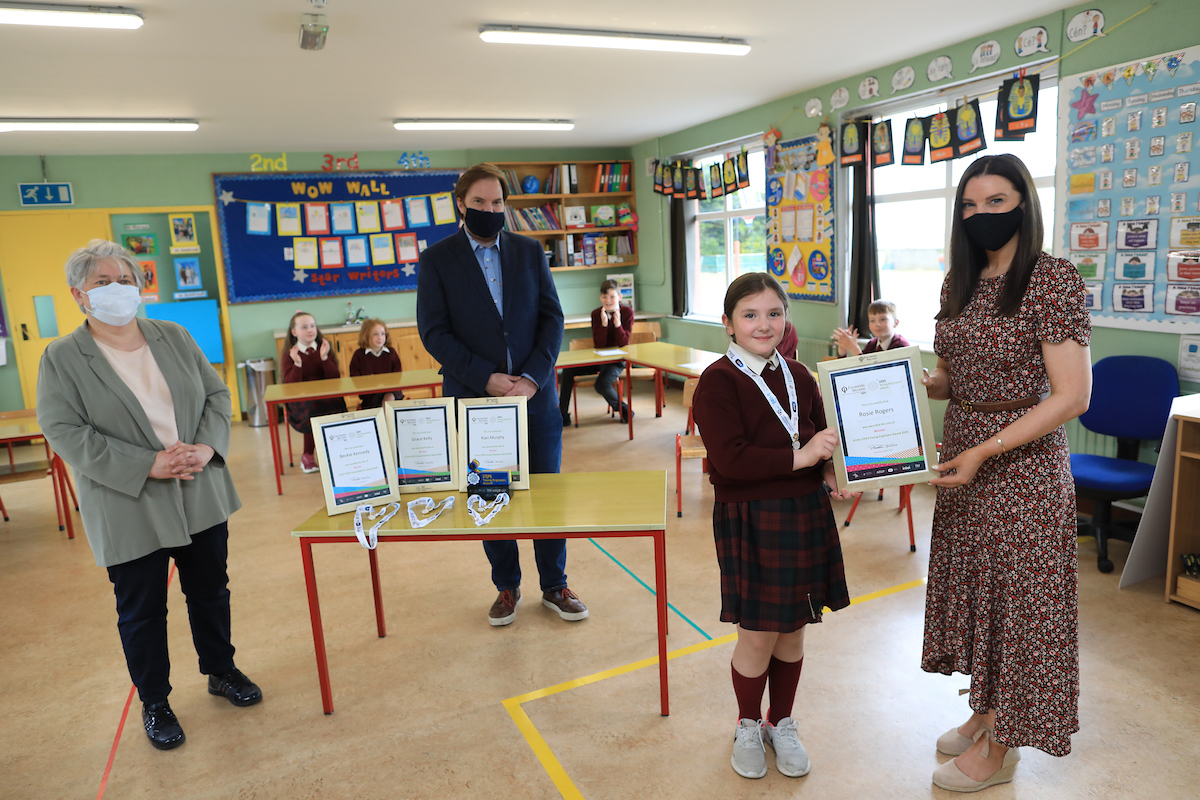