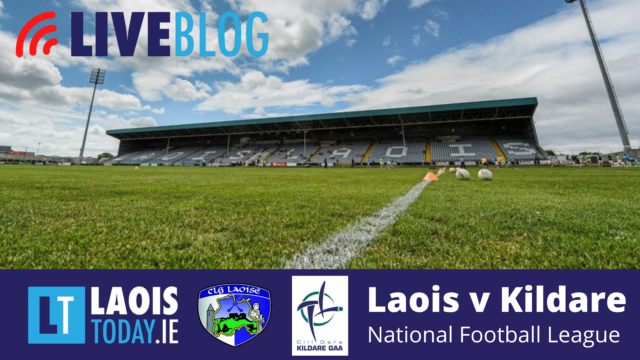 The Laois footballers take on Kildare in O’Moore Park this afternoon in the final group game in this year’s restructured National League.

Laois are without a win from their opening two games with losses to both Clare and Cork.

Despite their poor form, they still have a very outside chance of avoiding a relegation playoff and reaching a Division 2 semi-final.

However because of Laois’s poor scoring difference of -15 compared to Kildare’s +1 and Cork’s +4, Laois would need to beat Kildare by at least nine points and hope Clare then beat Cork by 11.

All of that is unlikely so Laois’s more pressing concern will be to try and win the match and build some confidence and form ahead of a relegation playoff game against Westmeath or Down in two weeks time.

Kildare have really had the upper hand in this fixture in league and championship in recent times with last year’s 0-15 to 0-10 win meaning Laois have failed to beat Kildare in their last seven meetings, losing six times and drawing in the 2015 championship.

Laois’s last win was in the 2010 league while since the famous Leinster final win in 2003, the sides have met 15 times with only two Laois wins. Kildare have won nine of those games with Laois winning in the 2005 championship and 2010 league.

The game throws in at 1.45pm in O’Moore Park and you can follow all of the action in our Live Blog below.