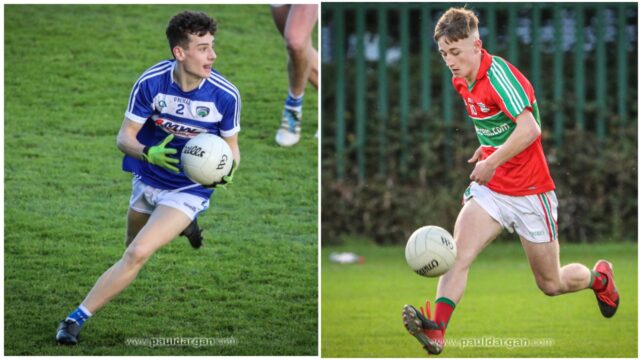 Laois minor football manager Mark Bates has named his captain, vice-captain and 32-player panel ahead of this year’s Leinster championship.

Graiguecullen lead the way with five representatives while St Joseph’s have four and Ballyroan-Abbey provide three.

Portarlington, Portlaoise, Ballylinan, Barrowhouse, Emo and Timahoe all have two.

A total of 16 clubs from Clonaslee to Graiguecullen have representation on the panel.

The team will be captained by Portarlington’s Darragh Slevin. The younger brother of Colin, Darragh played in the full back line on the side that reached the Leinster semi final last year.

While Graiguecullen’s Jack Byrne has been named as the vice captain.

Due to Covid, the Leinster championship is once again being run on a straight knock-out basis this year.

Laois will face Wexford at home in Round 1 on Saturday June 26.

There will then be a draw for the quarter final places should Laois advance – where they will play either Dublin or Wexford July 10/11.