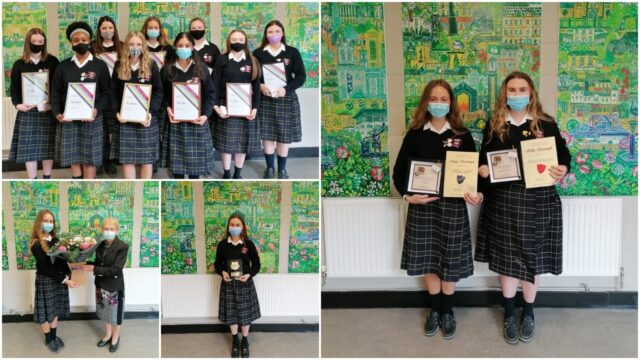 As the old saying goes, ‘the show must go on’ and with that in mind, Scoil Chríost Rí celebrated their students’ achievements in an unprecedented year with a very different but meaningful awards ceremony on recently.

Beamed live to classrooms all around the school, the celebrations were enjoyed by every student who watched with great excitement as the accolades were handed out to students in acknowledgment of their achievements across a diverse range of areas.

Student Leadership awards were at the fore, with all roles within the school being recognised.

This year more than any other, the support provided by students such as prefects, vice prefects, Student Council and Meitheal were valued and recognised at the ceremony.

In particular, Head Girl Sintija Vaiciulionyte and Deputy Head Girl Holly Kavanagh were awarded momentos of their contribution to school and both girls later went on to scoop two of the school’s most prestigious awards for Sixth Year students.

Holly was awarded the Nano Nagle Award alongside Jessica Preston, while Sintjia was named as the school’s 2021 recipient of the annual CEIST Award for her outstanding contribution to school life over the past six years.

The Scoil Chriost Ri Resilience Award was presented to Aibhlinn Doheny, a student who has shown extraordinary resilience in maintaining her academics whilst experiencing prolonged periods of ill health.

She is also an exceptional musician who is talented in many instruments, across many genres, with a real passion for drumming.

Sarah Tuohy and Alison O’Kelly were recognised for their leadership positions on the Student Council while Nanette Oiboh received special praise for her role as the Junior Chairperson of the very vibrant and active student forum.

Another big prize-winner on the night was Megan Dixon whose admirable commitment to the LCA program saw her win the LCA Student of the Year award.

Given the year that was in it, the school’s traditional sporting roll of honour was somewhat curtailed but international recognition awards were presented to two Leaving Cert students who have worn the green of Ireland over the past eighteen months.

Ava O’Connor competed for Ireland in the 2019 Youth Olympic Games and is a member of the Irish U-20 International Athletics squad. The main sporting award, the Scoil Chríost Rí Sporting Excellence Award went to Ciara Byrne.

Having played camogie, football and basketball throughout her time in the school, Ciara is a multiple All-Ireland Senior A winner in both basketball and Gaelic football and is a key member of the Irish U-20 Basketball Squad.

Ciara is a star in the making and her school will watch with pride as her sporting career continues in an upward trajectory.

Recognition for all students who participated in many other aspects of school life from debating, Junk Kouture, art and many other activities were also presented.

The ceremony then drew to a close with words of praise from principal Ms Helen O’Donnell who commended the spirit and resilience of all students, not just that of the award winners throughout an extremely challenging school year.

Check out all the pictures from the day below: 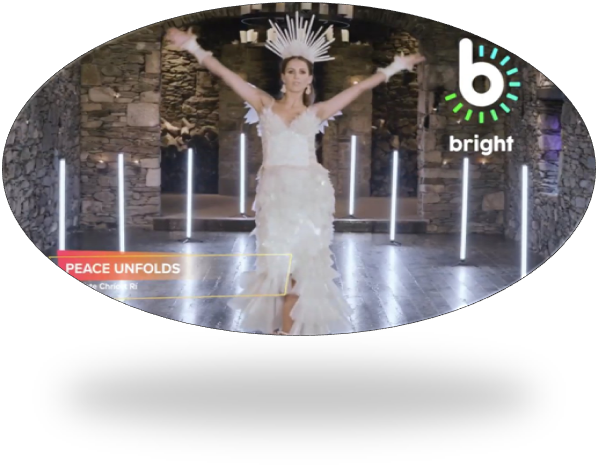