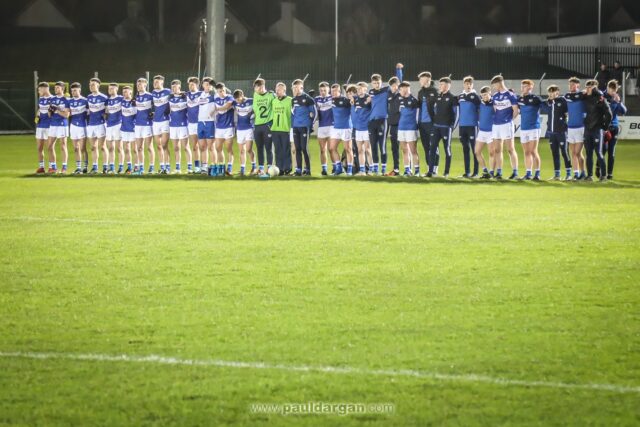 Laois U-20 boss Eddie Kinsella has named his captain, vice-captain and 32-player panel for the upcoming Leinster championship campaign.

Portlaoise Damon Larkin is captain while he will be assisted by Portarlington’s Cathal Bennett.

This U-20 squad is comprised of three minor teams which all reached Leinster semi finals only to be beaten by the eventual champions.

In 2018, Donncha Phelan’s charges lost out to Meath and the same manager was in charge in 2019 when Kildare were victors at the last four stage.

Last year, Mark Bates was the minor manager when they lost out to Meath and four of that team, Ben Dempsey, Ben Reddin, Colin Dunne and Conor Heffernan make the immediate step up.

The panel also contains 11 players who were part of the squad that reached the Leinster final against Dublin last year.

A total of 17 clubs are represented with Portlaoise leading the way with six.

The Laois U-20 footballers are out in Round 1 against Wicklow on Thursday July 1 in Aughrim.

While on paper that may look a favourable draw, a look back at when the teams were minor in 2018 shows that this Wicklow team was one of their best ever.

They knocked Dublin out in the group stage and then took Kildare to a replay in the Leinster semi final before eventually bowing out by 2-12 to 1-13.

Should Laois win, the Leinster quarter final will take place on July 8.