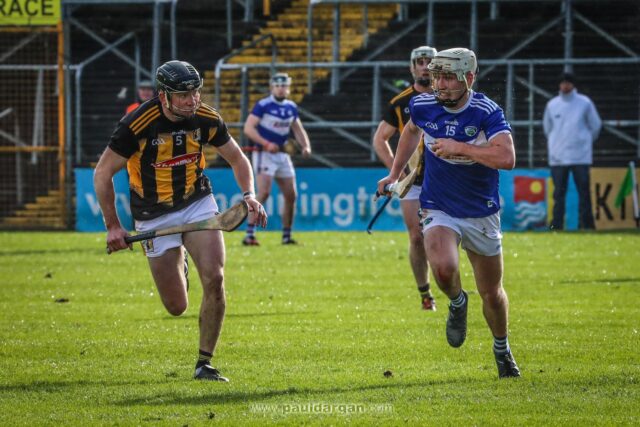 2021 has been tough for Laois GAA so far with both the county senior hurling and football team both waiting for their first win.

Both sides have lost their opening three games in their respective National League campaigns and relegation battles await for both.

This afternoon in Nowlan Park, Laois take on Brian Cody’s Kilkenny side in Round 4 needing at least a draw to be in with a chance of avoiding finishing bottom of Division 1B.

A draw today and a win in Belfast next Saturday would keep Laois safe but even a win today would need to be followed up with another win next week.

Kilkenny have named a largely experimental side with only six of the team that started last year’s Leinster final win over Galway. Top scorer TJ Reid isn’t even on the matchday panel of 26 but the side is captained by his Ballyhale Shamrocks team-mate Adrian Mullen who continues his recovery from injury.

Laois will be back in the Kilkenny venue in three weeks time to take on Wexford in the Leinster championship quarter-final.

But for now their focus will be on the league and you can follow all of the action in our Live Blog below.