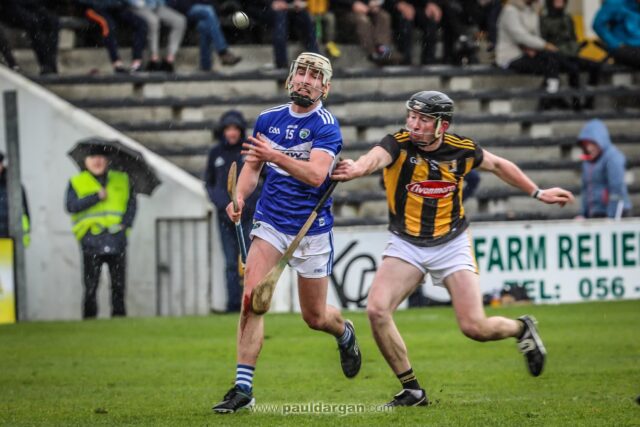 After a two-week break the Laois hurlers are back in action today in the National League when they make the short trip to Nowlan Park to take on Brian Cody’s Kilkenny side.

Laois are seeking a first league win over the Cats since 1998 and following Antrim’s draw with Wexford on Saturday and Clare’s win over Dublin, they need at least three points from their last two games to avoid a relegation playoff.

A draw today and a win next week would see them finish second from bottom and safe in Division 1 for another year but if they fail to get at least a point from play then they will be in a relegation playoff against Westmeath.

The game throws in at Nowlan Park at 1.45pm. Supporters still aren’t permitted to attend but the game is live on TG4.

Where do Laois stand?

Laois have lost their three games to date sit at the foot of Division 1B, three points behind Antrim albeit with a game less played. To have any chance of avoiding the relegation playoff, Laois need to get at least a draw today and then beat Antrim in Belfast next Saturday.

A draw will be enough to ensure Kilkenny of top spot and with no league final this year they will be crowned joint winners of the competition.

The official team released shows no changes from the side that started against Clare two weeks ago – though it’s expected that there will be at least three changes from what is named.

Again Laois will have to do without the services of the injured Mark Kavanagh while John Lennon, Willie Dunphy, Ryan Mullaney, Podge Delaney and Cha Dwyer are also still out.

And the Kilkenny team?

The Kilkenny team named shows six changes from the side that beat Wexford 2-27 to 0-23 last weekend with the big absentee being TJ Reid who hit 1-18 in that game. He isn’t included on the bench either.

Joey Holden and Michael Carey come into defence, Conor Fogarty is named at midfield and Martin Keoghan, Liam Blanchfield and Eoin Cody are the additions to the forward line.

In all it’s a relatively inexperienced Kilkenny side with just six of the team that started last year’s Leinster final win over Galway and no place in the squad for Reid, Walter Walsh, Richie Hogan or Colin Fennelly who is no longer part of the panel.

How are Kilkenny going?

They’re unbeaten in their three games to date with wins over Dublin, Antrim and Wexford. After today they play Clare next weekend though. They face the winners of Laois and Wexford in the championship in four weeks time.

When did the sides last meet?

Laois and Kilkenny met in the final game of last year’s National League – a game that was switched from Portlaoise to Nowlan Park because O’Moore Park was unplayable. With Laois already safe from relegation there was nothing much at stake in that one and Kilkenny were 3-22 to 1-19 winners.

Laois’s last win in the league over Kilkenny was back in 1998 and they’ve lost all seven league games since.

The game is live on the TG4 while we will be providing minute-by-minute updates on our Live Blog and there will also be coverage on Midlands 103.