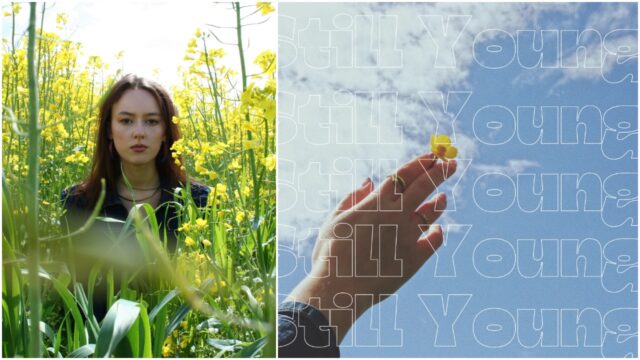 A young Laois singer, songwriter and producer is set to release her debut single.

FLUBLAH, who hails from Mountmellick and is a past pupil of Scoil Chriost Ri, is hoping to put her foot in the door of the music industry this summer with her first release “Still Young”.

The song, which is described as ‘alt-pop’, will be available on all platforms on Tuesday June 15.

According to FLUBLAH, the song “speaks about taking control of our lives again and taking back any of the youth we lost to lockdown.

“It’s about not giving up on the dreams we had before COVID and setting them free from our imagination into the reality we now live in.”

Inspired by the likes of Ella Fitzgerald, Lana Del Rey and Clairo, FLUBLAH had an interest in music from a young age.

She took piano and singing lessons in Laois and performed on the famous Portlaoise Dunamaise stage for musicals and drama performances.

A current student studying to receive her BA in Voice in the University of Limerick, she plans to focus her summer off college on preforming and writing.

She said: “I spend a lot of time in my bedroom playing my guitar or piano and humming along to my four chord wonders”.

FLUBLAH is also hopeful that gigs and live music will make a return this year.

She said: “Gigging has been a huge dream of mine and it was postponed by lockdown.

“However, with the announcement of festivals and shows to return in late September there is hope that if we can attend these gigs that were postponed the new lockdown artists will be putting on shows of their own very soon.”

FLUBLAH’s debut song will be available to listen to on Soundcloud and Spotify from Tuesday June 15.

SEE ALSO – #LoveLaois: Coolrain playground – a gem of a facility in a charming village