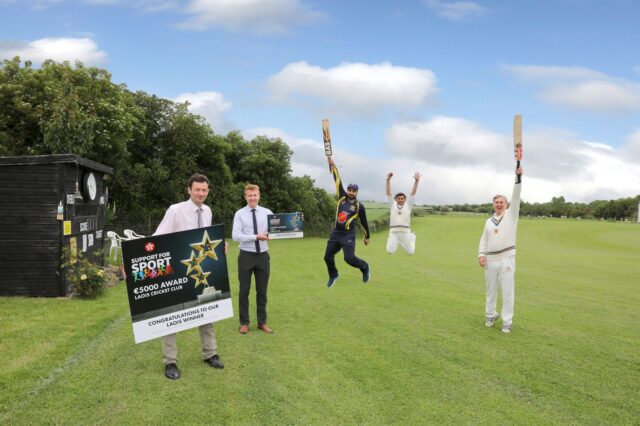 Laois Cricket Club have been presented with a cheque for €5,000 through the Texaco Support for Sport initiative.

The grant will help to further biodiversity in the Laois Cricket Club grounds-keeping – with the home ground based in Stradbally.

The money will also be used to advance its position as one of the most successful clubs outside Dublin.

The Cricket Club is one of almost 400 clubs countrywide to make application under the scheme.

The presentation was made to the Club by Valero Energy Limited – the company that markets fuel in Ireland under the Texaco brand.

The Texaco Support for Sport initiative was launched last September.

There was fund of €130,000 set aside for allocation and the clubs who were successful in their application were granted equal amounts of €5,000 on a county-by-county basis.

Laois Cricket Club was founded 50 years ago in Tullamore.

The club later moved to Portarlington and then to Portlaoise RFC, before securing its new permanent home at Abbey, Stradbally, where they won the 2020 Cricket Leinster Grounds of the Year award.

The club is fielding players from more than 15 countries, and they are proud of the role it plays in integrating communities within the county. 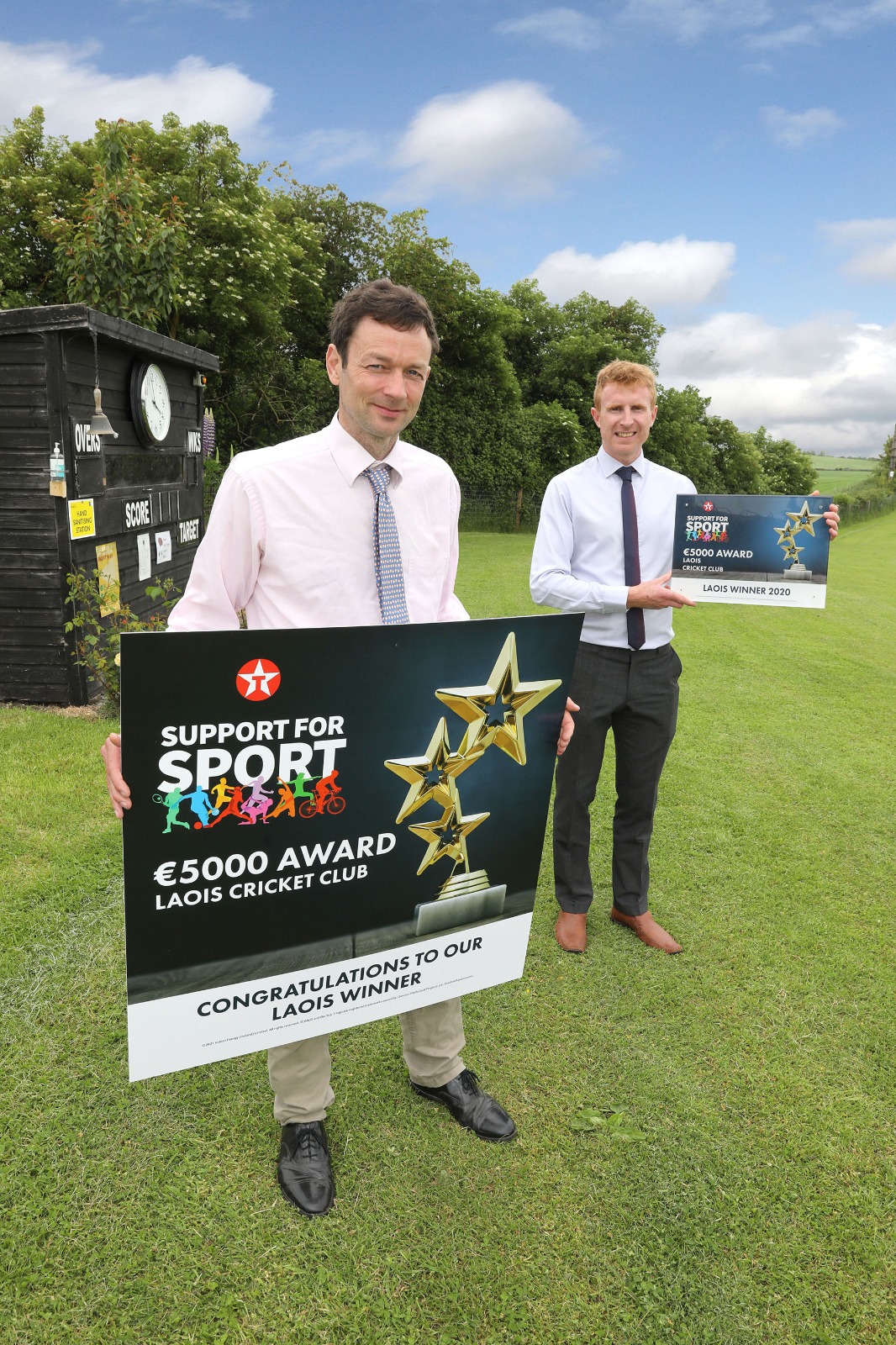