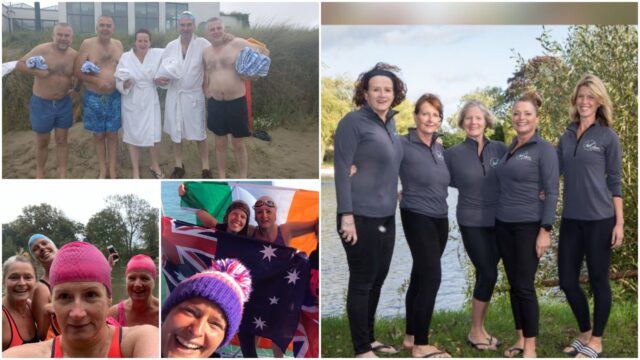 On July 22, five middle aged women will set off in relay format to swim across the Bristol Channel at its widest point – a distance of over 40km (25 miles) – from Illfracombe, North Devon to Swansea.

The chosen route has only ever been attempted by 4 individuals and one relay team since 1927.

With little more than 4 or 5 years’ swimming experience behind them – and training plans hampered by the closure of swimming pools due to COVID-19 lockdowns – the team, known as the Henley Mermaids, will take on the cold water challenge without wetsuits.

“Although we have tried to keep our cold water acclimatisation up through regular swims in the Thames throughout the winter, because of the cold, these could only be undertaken over short distances,” said spokesperson for the group, 55-year old Joan Fennelly, who is from Mountmellick.

“So in addition to the challenge of swimming the actual distance, we anticipate having to brace ourselves for immersion into very cold water for quite some time.”

The Bristol Channel is the second most tidal waterway in the world, and the Mermaids will face strong tides – often with a 15-metre variance – which is further complicated by headlands and islands scattered across the route, all of which need to be carefully navigated.

The 40km route chosen is already over 6km longer than the English Channel – a feat the five women completed in 2020 – but they will also battle sea sickness and nausea, plus facing large contingents of jelly fish, making the swimsuit-only endeavour even more challenging.

The team hope to complete the crossing in 20 to 25 hours, depending on sea conditions.

The Henley Mermaids, made up of both UK, Irish and Australian nationals, are aiming to raise £40,000 for a number of charities – in the Republic of Ireland and the UK – supporting serious neurological conditions ranging from Huntington’s Disease, Motor Neurone Disease, Parkinson’s and Multiple Sclerosis.

“None of us are what you would regard as particularly fast or technically accomplished swimmers,” Joan Fennelly continued, and her exploits are certainly a far cry from paddling around in the Owenass River with her brothers and sisters, at the back of her family home growing up in Mountmellick.

“However, we have a passion for open water swimming, overcoming a challenge and a strong belief in contributing back to society and those less fortunate than ourselves.

“Our completion of a 17-hour English Channel crossing last year has encouraged us all the more.”

Mary Casserly who is Chairperson of the Early Onset Parkinsons Disease Ireland, is in awe and admiration of the Henley Mermaids and their endeavours.

“They’re fantastic women really. It’s huge what they are doing, quite remarkable all the effort and energy to draw attention to the challenges of Parkinsons.

“It will certainly help raise the profile of this condition which is often very misunderstood. One minute you can be flying it and the next you can be just flattened,” explains Mary, who herself is living with Parkinsons.

“It’s not all about tremors, as many people with Parkinsons don’t even have a tremor.

“There are so many different symptoms, it’s a very individual condition and it’s not just older people as early onset Parkinsons can affect those in their teens, 20’s and 30’s, so it’s vital to raise awareness to improve diagnosis so that they can get help quicker and be supported, as misdiagnosis can also lead to delays in treatment. What the girls are all doing will really help.”

When their latest mission is accomplished in July, The Henley Mermaid’s next target is to swim the North Channel from Northern Ireland to Scotland and if completed, will be the only all-female team to have completed the English Channel, the Bristol Channel and North Channel – known as the ‘Triple Crown’.

Whether you are in in the Republic of Ireland or the UK donations can be made by clicking here. 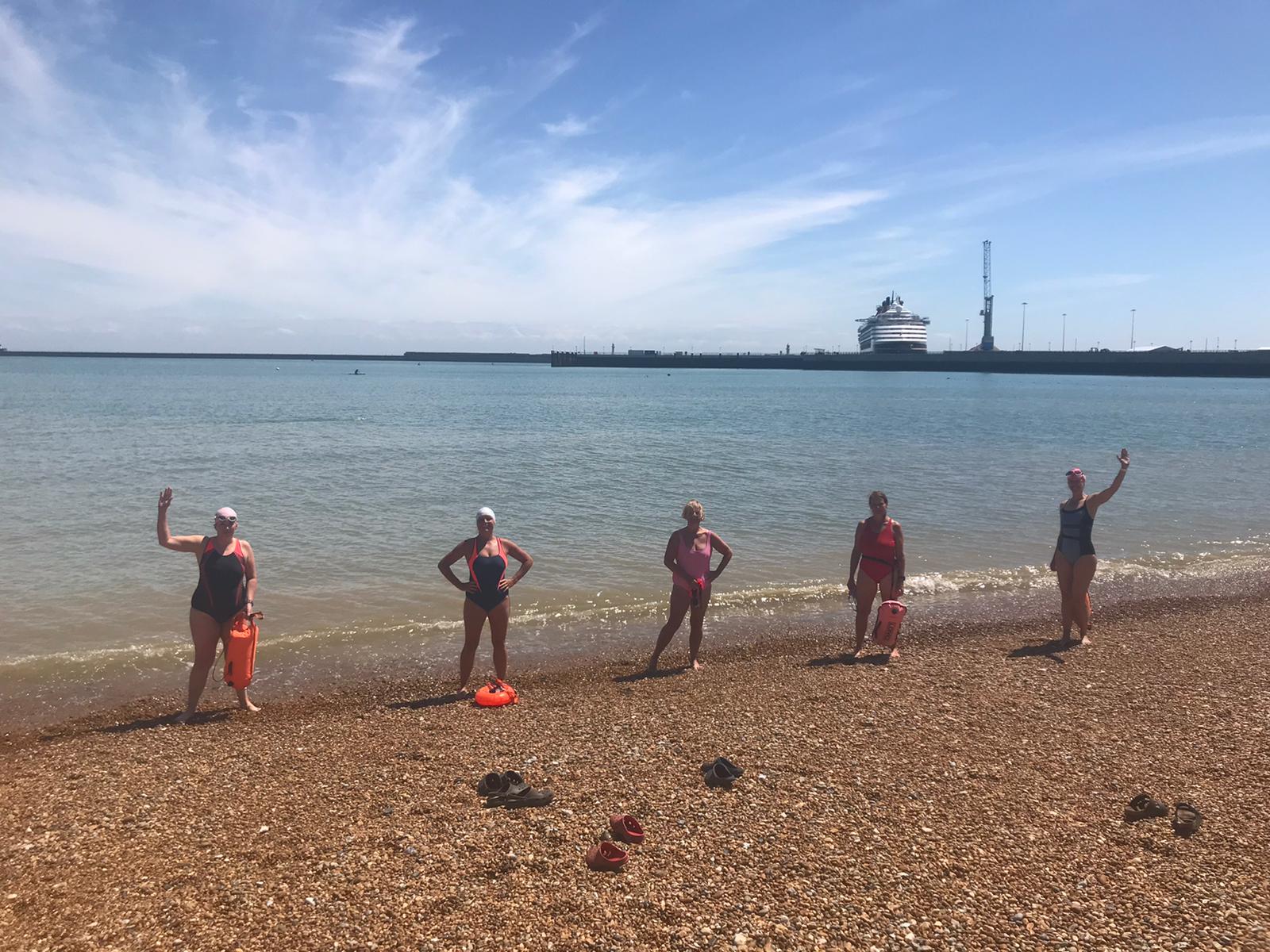 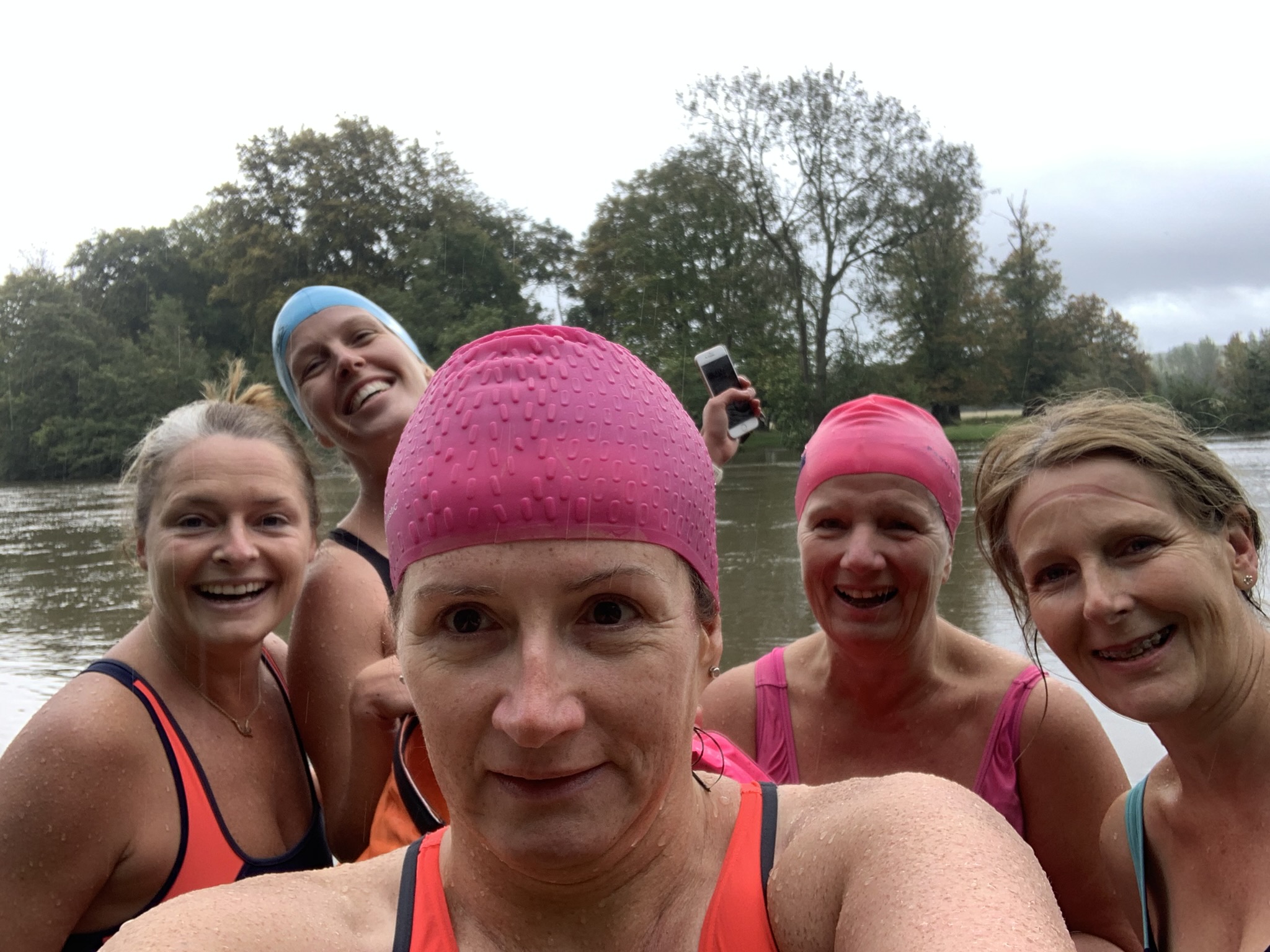 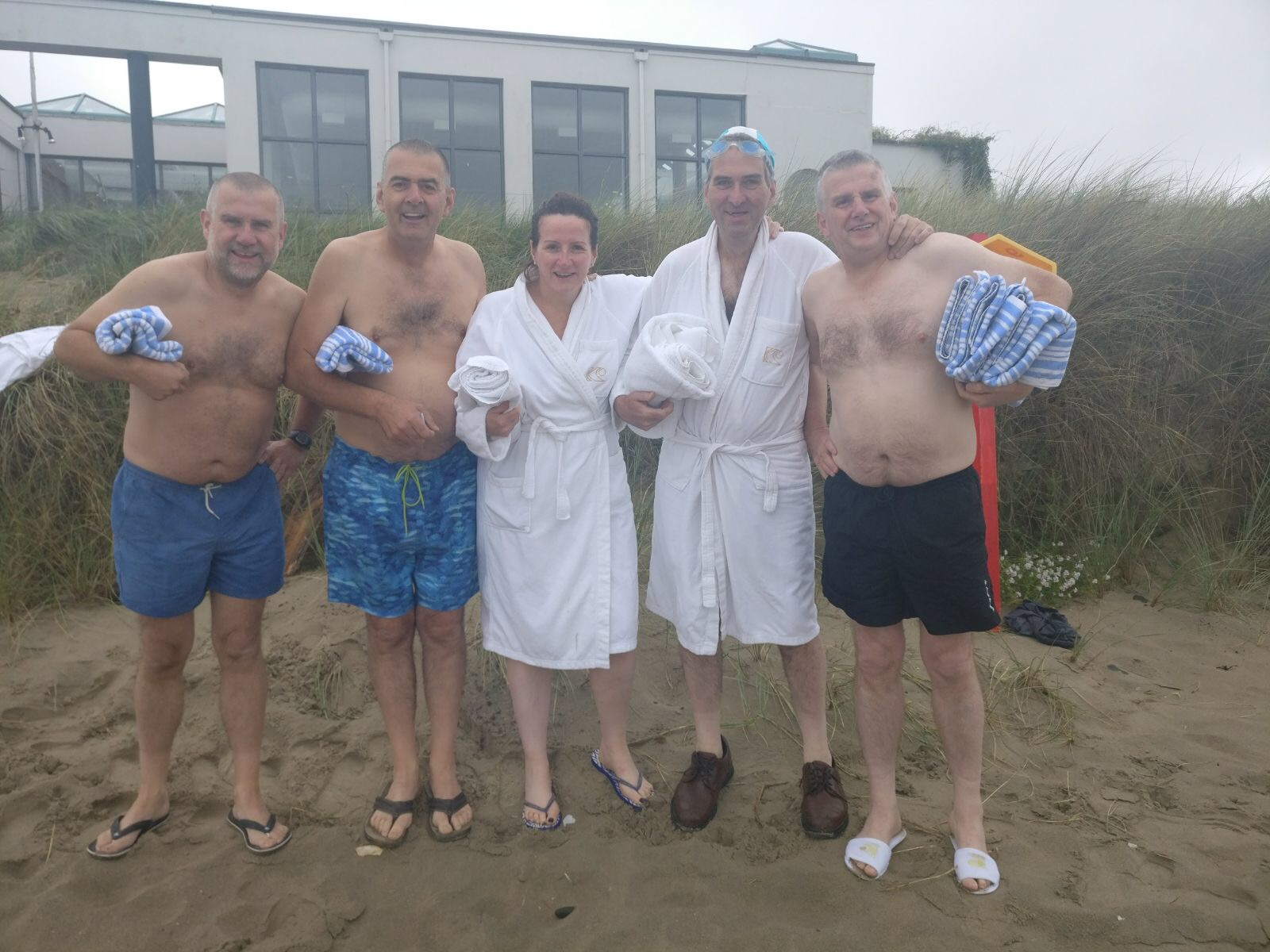 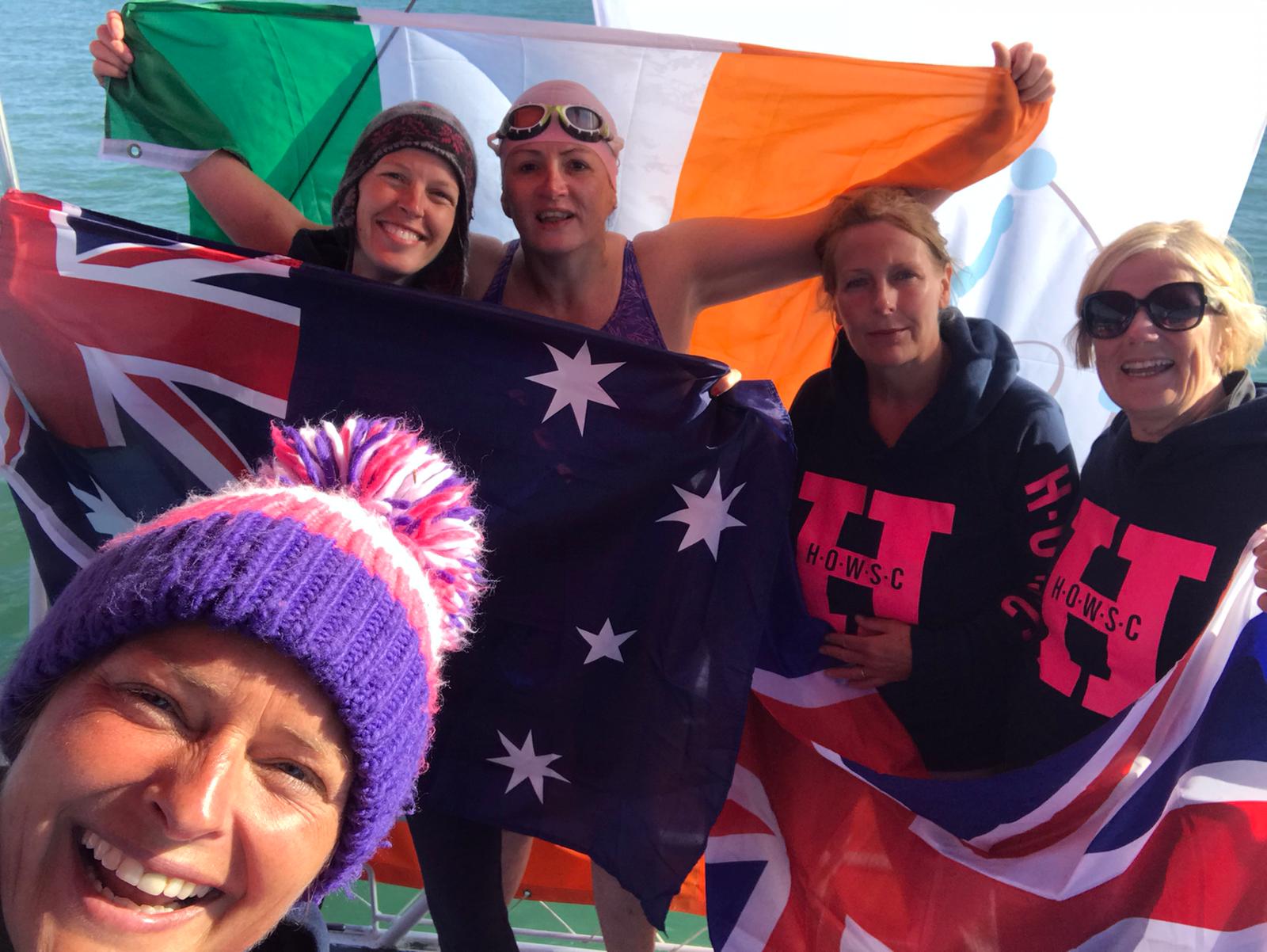 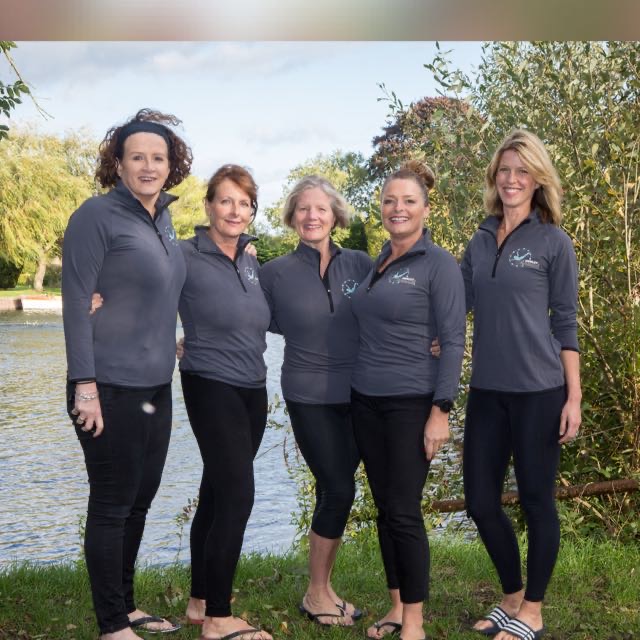