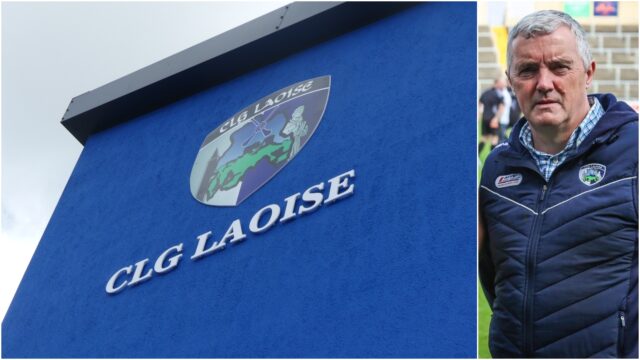 Laois football chairman Laurence Phelan has resigned from his role on Laois GAA County Board with immediate effect.

The Killeshin club man made the decision after not being included on the committee that will carry out an end-of-season review and bring forward suggestions as to how Laois GAA will appoint a new county senior football manager.

Phelan was in his fourth year as chairman of the Laois football committee, an appointed position that brought with it a place on the Laois GAA executive.

He was widely credited with playing a central role in fundraising efforts since he became involved while he was also to the fore in the appointment of Mike Quirke as senior manager and Billy O’Loughlin and later Eddie Kinsella to the U-20 job.

It’s understood that executive members Ger Slevin and Fergal Byron (development officer and coaching officer respectively) are on the committee in question and will be joined by some former Laois players in reviewing the recent seasons.

That process that will involve meeting the manager of Laois’s senior and underage teams and reverting to the executive with a proposal as to what steps should be taken next.

On learning of the decision to be overlooked, Phelan tendered his resignation today.

“Unfortunately I find myself in a position where I cannot continue under the proposed structures,” he said.

“I would like to thank chairman Peter O’Neill, the executive, the board and all those involved with Laois football in the past three years for their dedication and commitment to Laois GAA.

“I was delighted to play such a strong role in the development and fundraising for the Centre of Excellence, a facility everyone in the county can now be proud of and will form the basis for bringing Laois football back to the top table.”