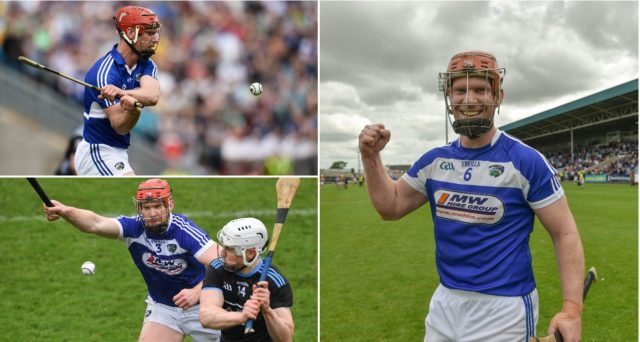 Matthew Whelan, the Laois hurler who has represented the county more than other player in history, has retired from the inter-county game.

The Borris-Kilcotton club man announced his decision to his team-mates in the dressing room after last night’s Division 1 relegation playoff win over Westmeath. He was duly given a standing ovation by colleagues, management and backroom personnel.

Having made his debut in 2007, in his first year out of minor, this was his 15th season with Laois.

Though he didn’t get as much game time as he would have liked in the past two seasons, he was full-back on the Joe McDonagh winning side in 2019.

Strong, physical, brave and a fine hurler, he was great at reading the game and always smartly using possession. He holds almost every appearance record with Laois.

He was widely-respected too, and you’d struggle to find anyone who wouldn’t refer to him as a ‘gentleman’.

“One of Laois hurlers greatest ever servants has decided to hang up his inter county boots, Laois most capped player,” posted his Borris-Kilcotton on social media.

“A hero and a role model to all of us, young and old, a sad evening, but we look forward to having you back with the club for many more years. Thank you Matthew.”

There will be little rest for the Borris-Kilcotton, Clough-Ballacolla, The Harps and Portlaoise players who have the 2020 senior and premier intermediate finals to play in three weeks time.

The premier intermediate final between Portlaoise and The Harps is Friday, August 13 with the senior decider between Borris-Kilcotton and Clough-Ballacolla on Saturday evening, August 14.